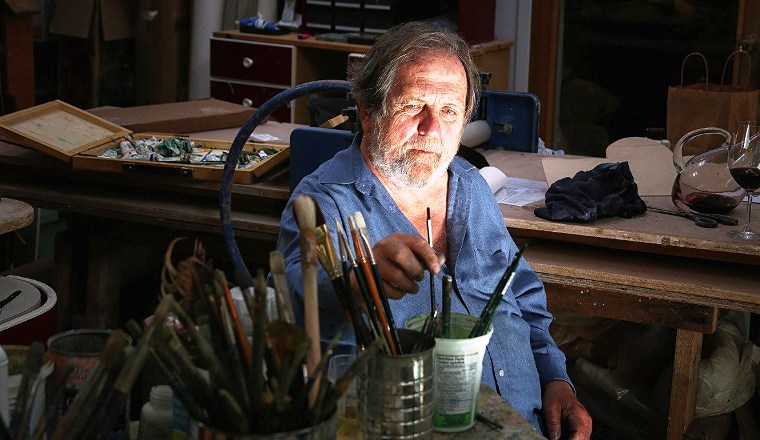 Renowned Newfoundland artist Gerald Squires always claimed to show himself in his paintings, but it is Newfoundland – in all its rugged, enduring majesty – that shone through in his work.

A prolific painter, sculptor, lithographer, and stained glass artist, Squires passed away from cancer in 2015 at the age of 77.

An ardent advocate for ‘The Rock’ – as Canadians affectionately call the country’s easternmost province – he believed that something special was lost when Newfoundland joined Confederation in 1949.

“We are only now beginning to get our dignity back,” he told journalist and fellow Newfoundland native Sandra Gwyn in the mid-1970s.

In an article in the Globe and Mail following his death, Newfoundland writer Joan Sullivan credited Squires with playing a key role in restoring that dignity.

“Always absolutely recognizable, over time his art became more representational. The more realistically he painted landscapes, the more the work came to represent Newfoundland itself.” 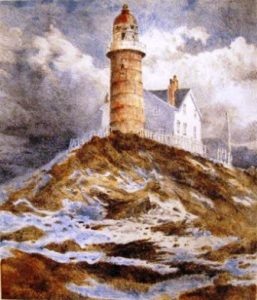 Plans for a comprehensive exhibit of his work at The Rooms Provincial Art Gallery in St. John’s were already in the works when Squires died. Spanning six decades of work, and titled Spirit Visible, the exhibit featured 130 pieces, ranging from 18-foot paintings to sculpture, ceramics and drawings. With the help of Squires’ wife, Gail, the gallery was able to negotiate loans of many pieces from private collections.

“These works were chosen to represent his versatility and technical range, his connections with his community and above all, his expression of spirituality through art,” notes curator Caroline Stone.

Born in 1937 in Change Islands – a tiny, remote outport community on the northeast coast of Newfoundland – Squires’ parents were Salvation Army officers. Nothing in his early childhood foreshadowed his becoming an internationally-known artist.

“Art needs to be bought, therefore we need wealth,” he said during a 1987 interview with Heritage Newfoundland and Labrador. “However, wealth didn’t really exist in Newfoundland then – we were simply too poor.”

Finances were so challenging, in fact, that Gail Squires remembers they gave once Squires’ father an unframed painting because they could not afford to frame it.

“Quite pleased to get it, he happily stood it behind his stove to serve as a grease-catcher. I saw Gerry’s mother use a few of his paintings to prop up a bed as well.”

As a teenager in Ontario, Squires began to study art and was increasingly fascinated by the works of great painters. He left a newspaper job to bring his wife and two young daughters to Shoal Brook on Newfoundland’s west coast in 1969.

“We opened a gallery and, amazingly, there were a few people who bought art from us, back in those days of making bathtub gin and scratching by,” recalls Gail.

The family eventually moved across the island to an abandoned lighthouse on a stretch of land jutting two miles into the Atlantic. It was there, in Ferryland, that daughter Esther Squires says that she and her sister Meranda “pretty much grew up under his easel and it was our happy sense of normal.” She now realizes it was often her mother’s pottery work that paid the bills in those early days.

As Squires’ work, including The Boatman and The Ferryland Downs series, gathered attention, he was invited to tour and exhibit internationally. The Boatman is often interpreted as a protest against the provincially-mandated closing of isolated outport communities, and his painting Uprooted is seen as a metaphor for the Newfoundland experience. 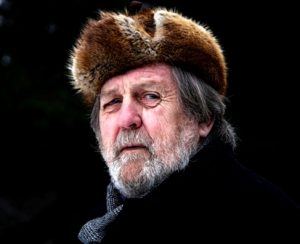 His riveting depiction of the 14 Stations of the Cross, the Last Supper, The Crucifixion and Resurrection – commissioned by a St. John’ s area church – was a project that fed his life-long spiritual search. As he often did, he chose Newfoundlanders as his models; a southern shore fisherman helps carry the cross and his daughter Esther appears as St. Veronica, while the path to the crucifixion is a road through Ferryland.

A tribute to his enduring influence, Squires’ life and work is now the subject of a major retrospective book by retired academic Stan Draglands. As well, a deeply evocative film by Newfoundland writer Kenneth J. Harvey – I heard the Birch Tree Whisper In the Night – captures Squires’ struggle to complete his last painting, while discussing the artist’s quest, spirituality, mortality, and his impending death.

“It is very dark,” says Gail Squires. ‘You can see death in it.”