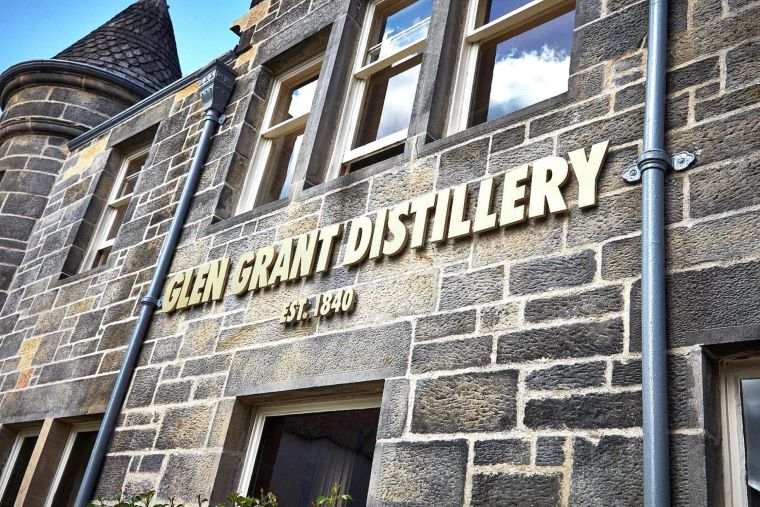 The Glen Grant Distillery is located in the town of Rothes, Scotland – a picturesque 20-minute drive south of Elgin. Read more here;

In a way, it is surprising that I haven’t previously written an article about the Glen Grant Distillery. Not because Glen Grant isn’t an exciting brand – it isn’t (although it is a unique and beautiful distillery that does produce some very fine spirit) – but because, until only recently, official bottlings of Glen Grant were all young and primarily only available in Italy. This has now changed, with the distillery having rolled out a proper age-stated range. What truly makes Glen Grant noteworthy, however, is its connection with another brand, Gordon & MacPhail, the preeminent independent bottler of Scotch whisky.

Gordon & MacPhail started as a grocer in 1892, but very early on began buying and selling whiskies from the Speyside region under their own label. For most of the 19th and 20th centuries, blended Scotch was king; distilleries did not produce malt whisky for sale as single malt, but rather as a component for blended whiskies. Over time, the company’s bottlings, from dozens of distilleries, came to be seen as semi-official bottlings. Long before the distilleries saw fit to bottle their own whiskies, they were bottling single malt from the likes of Glenlivet, Longmorn, Macallan, Strathisla, and many others.

Gordon & MacPhail continues to bottle more than a dozen single malts under their ‘Distillery Labels’ range today, and none more prolifically than Glen Grant. At the start of my career, 40-50 something Glen Grants distilled in the 1940s and 1950s could be had for just a couple hundred dollars a bottle. They raised the bar in 2012 when they bottled a 60-year-old Glen Grant to mark the Queen’s Diamond Jubilee. In the decade since, they have bottled at least a dozen more Glen Grants at 60 years of age or more, all of which are among the oldest whiskies ever bottled.

Glen Grant was founded in Rothes in 1839 by a pair of brothers from Elgin – John and James Grant. 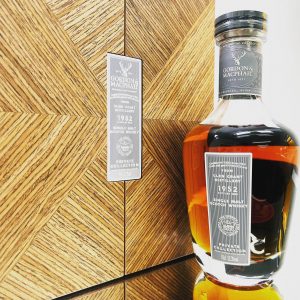 It is rumored that John may have been involved in illicit distilling before going legit. The distillery was massive for its day, and the brothers were very well connected. James was Lord Provost of the City of Elgin, a position which certainly did not hinder the construction of a rail line connecting Elgin to the port at Lossiemouth.

They also personally funded the construction of the extension south from Elgin to Rothes. They named the distillery, and, by association, the small Glen it sits in, after themselves. This is surprisingly uncommon among the more than 120 active distilleries in Scotland. To this day, there is just one other distillery named after an actual person.

The distillery rose to greater prominence under John’s nephew, James “The Major” Grant, who took over in 1872. He had spent some time in Africa, much of it hunting big game, and brought back a young orphan by the name of Biawa Makalaga – as one did at the time – whose own story has become a local legend. Like his uncle James, ‘The Major’ was an engineer, and he made some design changes which set the distillery apart; notably, tweaking the shape of the stills and installing a spirit purifier, both of which helped shape the light fruity spirit Glen Grant is famous for today. He also had electric lighting installed, powered by turbines at the distillery.

One of the distillery’s features that can still be enjoyed today is the African themed botanical garden installed by ‘The Major.’ It is full of exotic plants and stylized African huts. One of these huts sits next to the burn in a small gorge at the back of the garden. A small safe is carved into the rock, in which a special bottle was kept for the Major and his guests. I visited the distillery back in the mid 2000s, and as a special treat, the safe was opened for me. I was mildly disappointed to find a young distillery-bottled Glen Grant, rather than a Gordon & MacPhail bottling with some age on it.

The Glen Grant Distillery is located in the town of Rothes, a picturesque 20-minute drive south of Elgin. It is open for distillery tours most of the year, which include access to its beautiful garden. The distillery’s core range bottlings such as the 12 and 18-year-old are good and increasingly widely available, but if you want something truly exceptional, look for one of Gordon & MacPhail’s older sherry matured Glen Grants. The firm recently released the Glen Grant 1952 Platinum Jubilee, a 70-year-old whisky celebrating Queen Elizabeth’s seven decades on the throne. It is available from specialist shops around the world for $35,000.00. ~ Story by Andrew Ferguson