Glengarry; All Roads Lead to Maxville 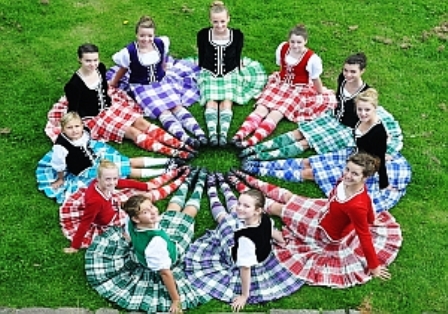 With just a flip of a calendar page, this year’s Glengarry Highland Games is underway.

This weekend, Maxville, Ontario will be filled with excited travelers all converging on the Fairgrounds and ready to enjoy the many features offered. Band director, Gilbert Young is proud to announce that fifty-seven pipe bands will be competing in this year’s North American Pipe Band Championships, representing 8 provinces and 8 states including Texas, Florida, Prince Edward Island and Alberta. Over 200 highland dancers will perform their intricate movements both Friday and Saturday and a full slate of heavyweights from Amateur, to Women’s to Professionals will compete in terrific tests of strength and endurance.

One of the highlights of every Games is the Friday Night Tattoo and Concert. This world class show presented under the open sky is one of most unforgettable experiences associated with the Games. The evening starts with the massed fiddlers, one hundred strong, warming up the audience. Skydivers float down from above bearing the flags of Scotland, Canada and the United States while the respective national anthem echoes through the packed grandstand. The world famous MacCulloch Dancers, celebrating 60 years of dancing, will thrill the audience with their brilliant repertoire accompanied by Glengarry favourites, The Brigadoons.

This year’s headlining acts take a different twist with not one, but three performers who will delight both young and old – Maritime sensational guitarist, singer and songwriter JP Cormier, National Capital’s electric Celtic group Ecosse, and the energetic Change of Step dancers.

When it comes to playing guitar, fiddle, mandolin, banjo and just about any other stringed instrument you can name, nobody’s fingers fly faster than Cape Breton musician J.P. Cormier’s. His playing paints a picture of pure joy and boundless energy bordering on genius. It’s a word used to describe him again and again. His lyrics and melodies paint picture after picture of loves lost, towns disbanded, fishermen killed by their trade and the most important moments of his own life.

His songs have been number 1 hits on American and European radio and he’s won 13 East Coast Music Awards, 5 Music Nova Scotia Awards, and a Canadian Folk Music Award. In 2014 J.P. wrote a song “Hometown Battlefield” depicting the trials of Canadian Veterans and Veterans everywhere. He wrote it as a show of support for members of the Armed Forces suffering from post-traumatic stress disorder and it has been seen by nearly a million people on Facebook as it is shared by soldiers and veterans, and their friends and family, worldwide.

Accolades for J.P. have come from far and near over the years. He’s been described as “the quintessential Maritime musician” and having “the ability to make the brilliant appear effortless”. His early years playing in Nashville have earned him high praise from folks like long time pickin’ partner and collaborator Marty Stuart, who says, “He’s just incredible, one of the best players I’ve ever seen.” J.P.’s greatest hero, Chet Atkins has honoured him as “…one of the most important guitarists of his generation.” Closer to home, former Governor General of Canada, Adrienne Clarkson proclaimed, “What you have to say as an artist is incredibly important and a treasure to our Nation”.

Tattoo Director Neil McDonell notes that “Glengarry Highland Games audiences have an appreciation for great talent, they know it when they see it … and with J.P., “great” and “talented” would be understatements for his amazing ability.”

Écosse is a combination of six of the National Capital Region’s favourite musicians. Scotland’s native son, Wakefield’s Bobby Watt, a singer since his teens was described by Warren Robinson, a past president of the Ontario Council of Folk Festivals, as “The best male voice in traditional music, anywhere!”  James Stephens who plays a dozen or so instruments adds his wonderful voice to the vocal arrangements.  Duncan Gillis cut his musical teeth amongst the pipe band community and in countless sessions with various celtic groups over the years. Duncan’s own invention, the Highland hornpipe, is an integral part of Écosse’s sound.

Greg Brown, with the infectious sound of his button accordion and fiddle will link hearts to the Auld Sod for sure. Another talented lad, no stranger to Glengarry audiences, is multi-instrumentalist and vocalist Paddy Maher who also adds his tasteful musicianship to the group.  This motley crew is held together and indeed driven by the wonderful drumming and percussive talents of Rob Graves.

Stirring songs and melodies, exciting and very danceable tune sets, and a very highly defined sense of joie de vivre are what you can expect at an Écosse concert.

For a change of pace, the Games welcome this exciting new dance group to the Tattoo. Change of Step performs original choreography rooted in Scottish tradition, yet shaped by modern influences. This dynamic group of world-class dancers from Nova Scotia and Ontario came together with a shared vision to breathe new life into traditional dancing. Their stirring performance will showcase the musicality, grace, and athleticism of highland dancing. Dancers include the current Adult World Champion and past Canadian Champions. Accompanying the troupe will be dynamite Cape Breton Fiddling sensation Wendy MacIssac.

Admission to the Tattoo is included in the Gate Admission ($20 per day and children under 12 free). Come to the Game early and stay late and make it a full day of memories and excitement.