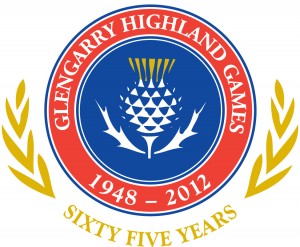 One of Canada’s oldest and largest Celtic festivals takes place this coming weekend, as thousands of visitors are expected to descend upon the small Ontario community of Maxville for the Glengarry Highland Games. The festival’s Director of Advertising, and Past Games President, Dona Cruickshank fills us in on what makes the weekend so spectacular.

What is the festival’s core mandate?
The Games were developed to present the best Celtic festival possible and decades later that same goal remains the mission of the Games Organizing Committee.

How has it grown over the years?
Originally the Games were a one-day Saturday event which grew to include a Friday Night Tattoo and Concert. In time, activities were added to the Friday schedule to meet the interests of the people attending the Tattoo. In the past decade, Friday has become a full day of events including Amateur, Masters and Women’s Heavyweights, Highland Dancing, a Piobaireachd Championship, Youth Scottish Fiddle, and individual Piping & Drumming Competitions. The Games is proud to present The North American Pipe Band Championships.

Who attends the gathering?
Of the twenty thousand plus who attend the Games each year, many are locals who see it as a homecoming where they connect with friends and family from near and far. Added to that are Scottish fans from major cities within a few hours drive, such as Ottawa, Montreal, Kingston and all places in between. The Games attract people from many US states, most Canadian provinces and a good number from overseas. Indeed, during the Games it is said that all roads lead to Maxville.

Why is it an important event for the Celtic community there?
Glengarry County was settled in the late 1700s by Scots who came to Canada fleeing from the American Revolution and soon followed by settlers from the Glengarry estates in Scotland. Once in the new country, these ancestors created a close-knit group which encouraged the traditions and music of their homeland. Still in Glengarry, the traditions continue in the many communities surrounding Maxville. Travelling about the counties, you will find communities such as Dalkeith, Lochinvar, Dunvegan and Glen Nevis and many others with Scottish names. Piping and Highland Dancing schools flourish. Gaelic can be heard often in Glengarry and a Gaelic choir can many times be found performing at church socials and receptions. Ceilidhs with fiddlers and pipers are common and take place in kitchens and large dance halls. Tartan is often worn for formal and informal occasions. Young people participate in the sports of their ancestors and the Games are a place that showcases their efforts as well as an annual opportunity to celebrate and showcase our traditions.

Why is it an important event for the non-Celtic community there?
The Games are seen as “the “event of the summer where you can meet everyone you know and haven’t seen since yesterday or ten years ago. Whether Scots or not, young and old participate in the events and fill the entertainment venues. For the business people it is one of biggest days of the year and in surrounding cities, Games goers fill all of the hotel, motel and guest rooms. The Games also offers world class entertainment in its choice of bands, fiddlers and dancers, a sure attraction for many people in the region.

What are the plans for the festival in the years ahead?
The Games Committee continues each year to create the best Celtic festival possible and to do so seek out new attractions and events that will keep people coming and preserves their Scottish heritage. Last year, a harp workshop was instituted and a tug of war competition between military regiments has been revived with much popularity.

Is enough being done to preserve and promote Celtic culture in Canada and around the world?
Certainly in Glengarry, Scottish traditions are alive and well. Each new generation learns quickly the importance of their heritage and the significance of their tartan and traditions. As an indication of the importance of Scots in Glengarry, a recent branding program for North and South Glengarry Counties produced the tagline “Celtic Heartland of Ontario” and the Games tartan is used in the promo package for signage and advertising. For those of us in Glengarry, being Scottish is very much a part of the way we think and a very evident part of our lives.

What can we be doing better?
Keeping the traditions and heritage alive is something that only happens if the youth are involved and encouraged to continue the Scottish traditions and celebrate those traditions. Activities such as the Highland Games, piping and dancing schools, Gaelic choirs, soccer and rugby, kirkin’ of the tartan all take place in Glengarry and are a major reason while Celtic culture is truly alive in the region.