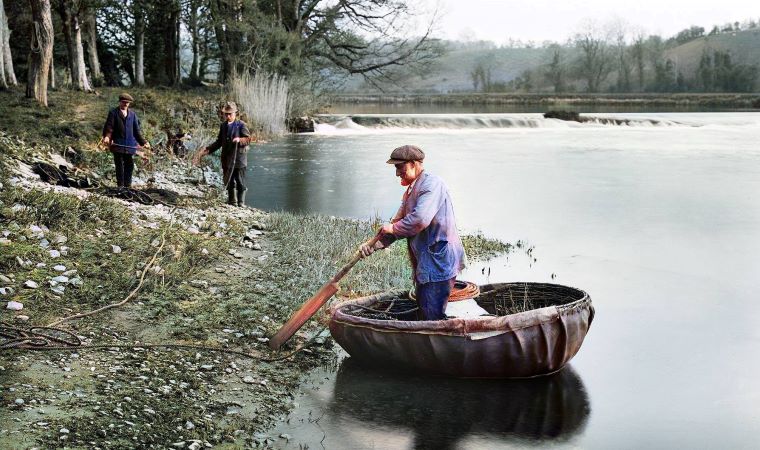 One for sorrow, two for joy, three for a girl, four for a boy…

If you live in Ireland, you might know these lines as the start of a rhyme for counting magpies. As superstition has it, the number of magpies in view can foreshadow your fortune. A lone magpie, for instance, is said to bring bad luck unless varying countermeasures are taken. Some people make the sign of a cross in mid-air, some salute the bird, and some even spit three times over their shoulder – all in the name of reversing bad omens.

If you live in Newfoundland, this probably rings a bit familiar also. On the east coast of Canada, however, the custom is used for counting crows, not magpies.

“It went straight to Newfoundland, but they didn’t have magpies. So, what did they do? They literally put it on the black crow instead. It is a classic example of a cultural custom that has been transplanted.”

Recently, Fortune and his wife, traditional Irish singer Aileen Lambert, have been “connecting the dots” between pockets of folklore in Ireland and Newfoundland. Recently, prior to the COVID-19 pandemic, the County Wexford couple and their children travelled to Branch, Newfoundland – a community first settled by Irish immigrants on the island’s Cape Shore in the 18th century, with a current population of 230 – to document the traditions, beliefs and expressions of people who felt almost uncannily familiar. 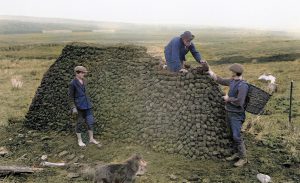 As a child growing up in rural Wexford, Fortune says he was surrounded by stories and fairy lore.

“My mother would have believed in half the fairies, as well as she believed in God – but didn’t believe it at the same time. It is very similar to what I came across in Newfoundland.”

Fortune and Lambert met in the 1990s while completing fine art degrees in Limerick. Upon graduation, Fortune says they could have moved to Berlin or New York City, working the studio and gallery circuit, but the couple pulled away from big city life. Instead, they began filming people telling stories and talking about traditions in and around their Wexford home.

As the couple completed what they called “project work” in different Irish communities, they slowly gathered a trove of folklore from the region. But, as Fortune is quick to point out, they never collected these traditions to put on a shelf or tuck away in a closet.

“The purpose was to get them back out into circulation and create awareness about them, and to get people talking and thinking about who they are, because we found huge shifts in Irish culture – we had these traditions and beliefs in the 1960s and the 1970s, and then they just dropped off. We thought we were going to be seen as backwards or ignorant.”

In the early 2000s, the couple shared their work by hosting screenings in village halls and producing DVDs. They took a similar approach during their first visit to Newfoundland in 2006, giving public talks and visiting community halls all over the island. The pair vowed to return to “The Rock” sooner than later. 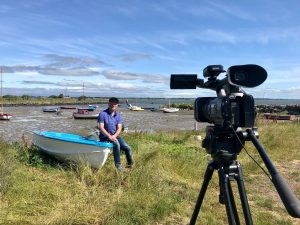 As it turned out, Newfoundlanders had to wait a few years for that return as the couple started a family. In the meanwhile, however, Fortune and Lambert began seeing the scope of social media for sharing their work with the public.

“One of the things that really struck us was the access straight away to Newfoundland.”

The couple’s Facebook page has an avid following of almost 24,000 people. While their posts usually focus on traditions and expressions from Ireland itself, Fortune says Newfoundlanders are often quick to chime in. As an example, a post about fetches (wraiths or apparitions of living people), elicited a number of responses from Newfoundlanders about their own use of the word.

“Next thing, conversations were starting, and we were quickly becoming friends with people in Bay Roberts and other remote parts of Newfoundland.”

The folklore of some Irish-settled communities in Newfoundland is remarkably similar to that of the places left by their ancestors hundreds of years ago. For instance, Fortune says Newfoundland traditions of mummering – where people don all sorts of gender-bending disguises to fool their neighbours at Christmas time – are the “exact same as the mummers here in Wexford until the ‘60s.” Other examples include shared Hallowe’en traditions, the Wrenboys, bonfires, and decorating a May tree or May bush with ribbons, flowers, and painted eggshells.

Over the last few years, Fortune and Lambert have had a hand in reviving the May bush tradition in Ireland. Since the couple created the Wexford May Bush Festival in 2017, their efforts to spur a revival seem to have caught on at home.

When the couple returned to Newfoundland in 2019, they decided to “hang their trip on the May bush.” Though the act of decorating a May bush or May tree isn’t widely known in Newfoundland, Fortune did film Sadie Nash – a 90 year old originally from Point Lance, Newfoundland – who spoke about adorning her tree with blue ribbons in May and red ribbons in June. 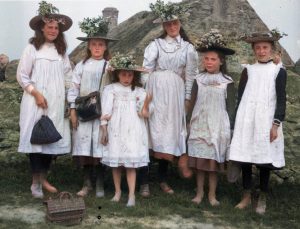 While in Newfoundland, Lambert also discovered the melody for “The Wexford Lovers” – an 18th century son – in Memorial University of Newfoundland’s Folklore and Language Archive.

“The words were here in Wexford…however the air had been lost. So, we went over and found the air – it had been collected at the University in the 1950s. We were able to connect the dots and discovered that there was a singer in Newfoundland who still sings it in Newfoundland.”

Fortune and Lambert found no shortage of Gaelic being used daily on Newfoundland’s Cape Shore.

“The language is laced with Irish words,” Fortune says. “Gansies, boldoons…there are loads of words. Even the pronunciation of vegetables: ‘inions’ rather than ‘onions’ – we have the same in Wexford. And turnips would be ‘turnits.’”

The couple had hoped to return to Newfoundland in May 2020 and continue documenting the province’s folklore. Covid-19, of course, brought these plans to a halt. Undaunted, Fortune and Lambert are still finding ways to bring people in Newfoundland and Ireland together. They hosted five weeks of Zoom sessions this spring, inviting “Wexford, Ireland, Newfoundland and the world” to share ghost stories, traditional tunes, and recitations with one another. Special guests were featured, and Fortune said the crowd brought more than 70 people from remote places together in conversation. And, despite the difficulties of pandemic life, Fortune also sees a bright side to the current situation.

“We can actually get all of these people into one room [via Zoom]. Years ago, we couldn’t have even considered organizing a festival and bringing someone over from Newfoundland to sing or play music. It isn’t is ideal, obviously, but it works.”

The couple has since followed up with some people that they met through these sessions and are doing field recordings via Zoom now as well.

“It’s a brilliant way to record,” notes Fortune. “So, we can still get work done, you know…we can still connect those dots.”