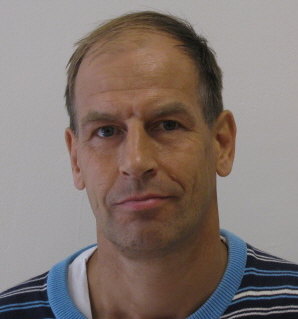 What makes a good photo? Renowned Scottish photographer Graham MacIndoe shares his perspective on the art of picture-taking.

What are your own roots?
I was born and raised in West Lothian, Scotland. Armadale and Broxburn.

When and why did you become interested in the visual arts?
I became interested in the visual arts when I was at secondary school. One of my art teachers encouraged me to take 0 level art and it grew from then. I was around for the start of the punk explosion in the UK and that was another creative stimulus for me the clothing the design of the record sleeves and the gig posters were really inspirational to me in a visual way. All of that inspired me to go to Edinburgh Art College where I studied painting but ended up doing my post grad in photography at the Royal College of Art in London.

Are they the same reasons you do it today?
Well I still have all my old punk records but am obviously a bit older now! But there were things that inspired me then that still do in some ways now.

What are the challenges of the vocation?
The challenges are that if you work freelance then your time management can get a bit haphazard and also your earnings can be up and down like a yoyo! And trying to think and be creative these days with so many platform out there for people to show their work and express themselves can be daunting and time consuming. Having grown up in an analog world there are challenges adapting to the digital world but I do think that the internet has affected photography in a really massive way.

What are the rewards?
The rewards are that I have been able to travel the world taking photographs and had my work published in a great many publications, shown my work in galleries and art fairs and been included in some great collections like The Scottish National Portrait Gallery I have a book being published this summer and recently had work shown during the Miami Art Fair

Is your creative process more ‘inspirational’ or ‘perspirational’?
I like to think of it as inspirational but it can also be tough sometimes to find the right sort of inspiration. I look at a lot of other or forms for my inspiration and try to keep myself aware of other people’s work so I know what’s going on. That’s useful not only to me but for the students I teach too as they seem to want to know everything that’s going on.

What makes a good photograph?
I think that depends on who you are and what your understanding of photography is. Photography has developed in so many ways of late that it can be tough but for me a good photograph is content, light and composition and when all those things come together a compelling subject matter a chosen style of working and a strong vision you’ll make a good photograph. And for me that crosses all the genres of photography – art, commercial, fashion, conceptual….

How have the internet and new technologies changed what you do?
New technology and the internet have changed photography more than any other art form. Now almost anyone has the ability to take pictures. That doesn’t mean they’re going to be taking great ones or anything of relevance except to themselves but with the internet there’s now the ability for everyone to have a platform top show their pictures. I was resistant to digital photography in the beginning but now I’ve embraced it more and see it as a tool that you can use in any way you want to be creative as long as you don’t get too caught up in post production and photoshop!

What are your thoughts on the state of Scotland’s arts scene today?
Having lived in New York City for 22 years I’m a little out of touch with what’s going on. I hear grumbling from various friend about how the arts aren’t supported enough and with photography there’s a need for some better exhibition spaces that shows really great photography that isn’t too highbrow and over thought. But funding is always tough for the arts and more so now than in the past it seems. My philosophy is that the arts and visual culture are really important for our visual literacy our cultural heritage and as a source of inspiration. We have a fantastic history of art in Scotland and that need to be nurtured and developed so that future generations can be inspired to create.

What’s next on your own creative agenda?
I’m working on a couple of projects at the moment but the one I’m mostly focussed on is called “Peripheral Vision” which is actually a series of out-of-focus street photographs where people and there  interactions have become a passing blur, reduced to fleeting shapes in a city scape. Often with their heads buries in cell phones not even noticing what we used to pretend we didn’t see – they capture what we can’t focus on when were not really looking. I looked in part to personal experience mixed with the book Lanark by Alasdair Gray.