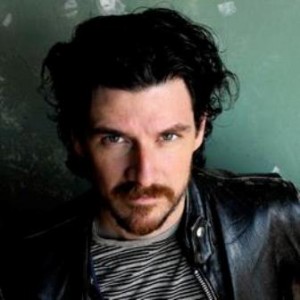 Montreal filmmaker Scott MacLeod has always been interested in the idea of self-enquiry and family heritage. “Where are you from? What are your roots? Why did your people come here?” MacLeod asks. “All of these big questions interest me.”

As a first-generation Montrealer with family roots in Cape Breton on Canada’s east coast, MacLeod considers his natural curiosity an inheritance from his grandfather. “He was a historian from Cape Breton and he was very interested in Scottish history in Canada because our ancestors came from the Hebrides Islands in Scotland.”

MacLeod’s done extensive work with both Scottish and Irish communities in Montreal, including a film called The Great Hunger about Irish immigrants arriving in Quebec at Grosse Isle, a quarantine station in the St. Lawrence River, during Ireland’s Great Famine.

MacLeod also made a documentary film about a woman who lived in Berlin during the Cold War. The film features seven vignettes with stories elicited through photographs the woman holds to camera. “The photographs trigger a memory of the area, building or event that happened near where she’s standing. That’s a technique that I use to drum up people’s life history. I use it as an entry point.”

While doing a master’s degree in Art Education at Montreal’s Concordia University, MacLeod completed another life history documentary called Dans L’Grif or In Griffintown. In this film, he interviewed the Mercier family living in Griffintown, a post-industrial neighbourhood in south-west Montreal that is now experiencing a real estate boom.

The area was populated mainly by Irish immigrants and their descendants from the 1820s, but the community emigrated and moved on to other Montreal neighbourhoods, like Verdun, Notre-Dame-de-Grace and La Salle, after World War II.

“I tried to focus on the French Canadian community that moved into the area from rural Quebec after the Depression and World War II because not much had been written or documented about it,” said MacLeod. “At that time, Griffintown was an industrial hub. There were all kinds of factories along the Lachine Canal, like tanneries, metalwork and machine shops, sugar and flour refineries — all kinds of things. Some of that remains.”

The family-oriented neighbourhood that the Merciers knew when they were young had schools and churches. Most people lived in two- or three-storey apartment buildings. It was the kind of community where children played in the street, doors were left open and women watched each other’s kids. Griffintown had a strong sense of community.

But over the years, the neighourhood became run-down as more and more people left. By the 1970s, it was largely abandoned save for the odd carwash or other light industrial facility.

Now, after years of being away, the Merciers have returned to live in Griffintown. “From the living room window on the 21st floor of their condominium building, you can still see the Five Roses Flour Refinery in the background behind the cranes,” said MacLeod. “But with underground parking and rooftop pools, there’s no street life anymore. It’s a real contrast to what they remember.”

As the new neighbourhood lacks community infrastructure like schools and green spaces, there has been much debate in the city over its long-term viability.

“I landed on a thesis topic that’s being contested and talked about today,” said MacLeod. “I was very lucky.”

Although MacLeod had no scholarship money for this project, he used Indiegogo to raise funds online. With the $8,000 he received, Concordia put the film together.

MacLeod did receive a small scholarship from the University of British Columbia to create an online element, www.ingriffintown.com that includes all the data and information on how he put the film together and the individuals that participated in its creation. MacLeod also created a 21-site walking tour that can be downloaded from www.griffintowntour.com.

The video itself is available online for free viewing at https://vimeo.com/57020055.

People can use the film as a template to further their own expertise or enquire about their own communities, said MacLeod. “It’s a platform that they can borrow ideas from to talk about their own social history and where their grandparents are from. You can apply this to any neighbourhood in Canada or the Old Country.”

In Griffintown will be shown June 13 through August 29 at the Maison de la Culture Marie-Uguay on 6052 boulevard Monk, Montreal.