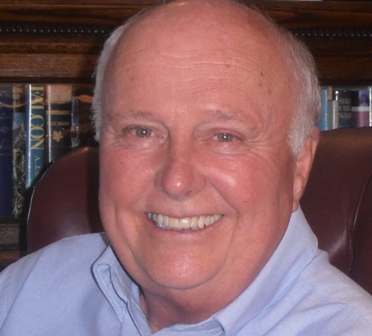 This weekend, Celts of all ages will gather in Nova Scotia’s capital city for the 3rd annual Halifax Celtic Festival. Recently we caught up with the event’s Executive Director and Spokesperson Rick Grant.

What are your own roots?
Primarily, I am Scottish with a mixture of Irish, Isle of Man, Norse and French.  My family roots in Nova Scotia and Halifax span 150 plus years.

When and why did you get involved with this event?
The genesis for this event began through my experience on the Board of Directors of The Scots, The North British Society.  As Vice President and Event Chair, I organized two of the specific events, the combined Scots and Charitable Irish Harbour Cruise, and the pub nights to raise funds in support of Gaelic Language education and programs which demonstrated to me that together we can create positive initiatives to support the efforts of individuals and groups to preserve promote and expand their specific interests in their heritage and culture whether it be language, dance, music, tradition skills. My involvement, through the Scots, with The Federation of Clans (at the time) in The Halifax Highland Games, The International Gathering of the Clans and the Scots Golf Tournament cemented my belief that together we had to support each other while at the same time informing all Nova Scotians of the impact that Celtic Culture had and has on the fabric of the Province. The initial discussions of the concept started about 10 years ago. The idea kind of went on the back burner until 2011 when, I was asked to attend a meeting with members of the Federation for Scottish Culture to discuss a revival of the Halifax Highland Games. During those discussions, I broached the idea of a combined Celtic Nations event, it was decided that Tom Wallace and I would look into it further. Since Brian Doherty and I had discussed this idea on a number of occasions, I arranged a meeting with him. Coincidentally he informed me that there was interest in developing an Irish Festival in Halifax to coincide with the naming of Irishtown. Following that meeting, Tom Wallace, Roberta Dexter, Brian and I decided to explore the idea of the Celtic Cultural Festival. After a few months of discussion, we took the concept back to our respective interest groups. They thought it was worthwhile to pursue. The end result was the establishment of the Celtic Cultural Society of Nova Scotia as a non profit society the last week of January 2013.

Why is it an important event for the community here?
It was established as a vehicle to specifically enhance, support and hopefully assists in expanding all Celtic Community organizations in their endeavours to be sustainable. For the overall community, it is an event to educate, demonstrate and showcase  how activities of those Celtic organizations  heritage and culture has been woven to create a major component in the fabric of Nova Scotia.

What can attendees expect this year?
There is a lot new this year. We have added a pre launch for Thursday Night at the Olde Triangle It is our first educational offering Its is Giving Celtic Context  it is a talk and sharing  circle the focus of which is Contributions Of Gaelic And Irish Speakers In Nova Scotia.

At the official launch besides the Flag Raising the Mayor will Proclaim that Sept. 18th-20th is Celtic weekend in Halifax. Further through the efforts of Celtic Life the Mayor will be World Peace Tartan. Friday Night besides a variety of entertainment there will be a participatory Milling Frolic and Scottish – Cape Breton Square Dance.

For Saturday Day, besides the celebration of the 394th anniversary of the naming of Nova Scotia, we have expanded our children’s activities to include 3 traditional children’s Gaelic Games, there are expanded Celtic Associations information booths, expanded commercial booths  and again nonstop entertainment from traditional artists and dancers.

For Saturday the adults only event is now a themed Nova Scotia Kitchen Party highlighted entertainer are Evans and Doherty, and Còig. There will not be an admission fee.

For Saturday Night we are supporting an associate event the play The Year of The Burning presented by The Ships of 1812 Society. This will be performed at the Spatz Theatre. There is an admission fee for this event. On Sunday Day our Athletic Day, we have expanded the event by adding Celtic Stick Fighting and a Youth’7 Rugby Competition.

Will you remain involved with the event in the years ahead?
That is my plan.

What are the challenges of being involved?
Connecting with and getting the diverse Celtic people and Community organizations involved. As our theme states: “Many Nations One Family”.  In a very competitive environment, we are striving to expand fund raising and sponsorship. Increasing our communication and advertizing efforts. with limited financial resources.

What are the rewards?
The establishment of the Society and the fact that in year one within 8 months we were able to obtain funding to establish Halifax’s first Celtic Cultural Festival dedicated to the support, promotion and preservation of all aspects of Celtic Heritage, Culture and Language. The response to the initial Festival demonstrated that our belief that the Celtic Family of Nations needed be recognized and supported in Nova Scotia was true. As a gentleman from the Isle of Mann stated to me “This is the first time in Canada that I went to a public event and saw my flag prominently displayed”.

Are we doing enough to preserve and promote Celtic culture generally?
The short answer is no. That is the underlying reason for the formation of the Celtic Cultural Society of Nova Scotia. To date, the sustaining of Celtic culture, heritage and traditions has been generally individual or interest specific generated organizations or associations. Overall, our hope for the Festival is to create awareness of the many components of the Celtic experience so that those directly involved in maintaining those aspects of Celtic life will have a venue to showcase, promote and hopefully preserve what they do.

What can we be doing better?
All Celtic Nations descendents must recognize that to preserve, promote and maintain our collective heritage, culture and traditions, we need support each other’s efforts.

What does the future look like for the event?
Through input from and dialogue with interested stakeholders, we will continue to strive to grow and expand the Halifax Celtic Cultural Festival into an anticipated yearly happening that not only celebrates its Celtic Heritage, Culture and Traditions and that the blending of those has played an important integral component to Nova Scotia’s identity. That is the reason why we will continue celebrate Nova Scotia’s Birthday.