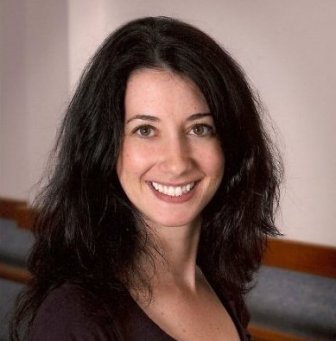 In 2011 at the Miss America pageant in Las Vegas, Miss Vermont performed Highland dance as part of her routine while millions of Americans watched on their televisions.

Credit for the Celtic dance form showing up at the pageant goes to Heather Morris, a dedicated Vermont native who runs the Heather Morris School of Dance and has dedicated herself to teaching Celtic dance. In this instance, Miss Vermont – a student named Katie Levasseur – actually learned Highland dancing from Morris at the St. Johnsbury Academy in Vermont, where Morris taught.

Morris confesses that as an adult she never aspired to become heavily involved in Celtic dance. But as she began to explore her career options in her 20s, she realized she could offer a unique and invaluable way to reach kids who might not otherwise have an opportunity to fit in with society. She began to build the Heather Morris School of Dance as a way to continue her hobby and share the art form of Celtic dance.

“As interest and demand grew, I was working hard for very little return financially,” Morris recalls.

“Every time I assessed whether or not to continue, I had come to the conclusion that the most important part of what I do is give young, developing minds and bodies a platform to work hard, take risks and feel the great sense of failure and accomplishment, all in a safe setting,” Morris says. “I couldn’t find any other field where I might be able to have this impact paired with a creative outlet and the freedoms afforded an entrepreneur.”

Of Scottish, Irish, Welsh and English heritage, Morris first became involved in Highland dancing at the age of seven in the late 1970s. She notes that back then Highland dancing was a great way for families to spend time together and celebrate their heritage.

Morris first began teaching while she was still in college, where she was awarded a Scottish arts scholarship to the College of Wooster in Wooster, Ohio. The scholarship came with the proviso that she had to offer instruction. Recalls Morris: “From then on I was hooked on sharing my love of dance.”

Morris credits her partner, Doug Webster, with helping with her success. Webster grew up in Vermont with his Scottish grandmother and began playing the bagpipes at 11. On his own, he’s developed some successful Celtic Christmas events and started the non-profit that allowed the Gaelic College to offer a few sessions in 2004. Morris and Webster came into contact with each other as he was looking for dancers for his events.

For the past six years the two have collaborated on what began as a Highland dance competition and turned into a weekend event featuring a concert, workshops and Highland and Irish dance competitions known as the Celtic Winter Gathering. More recently, the duo have performed together in several different capacities.

Morris concedes that her work in dance with the Celtic world is “pretty all consuming,” but notes she is also a member of the local St. Andrews Society, where she has served on the executive board for Vermont for years. She is also instrumental in running the Highland dance competition at the Quechee Scottish Festival every August.

“Unfortunately, for as hard as we work, I don’t think enough is being done to promote and preserve Celtic culture in general,” Morris comments. “There is so much pulling at people these days, so it takes a lot to get their attention and keep it.”

She points out that numbers have been dropping for Celtic events, while attendance at such traditional events like the Burns Night suppers and Tartan ball have also been in decline over the last couple of decades.

“Organizations have to work hard to keep themselves relevant and offer opportunities that will keep the audience engaged,” she observes.

For her part, to help engage young people, Morris tries to integrate popular music into her repertoire and more contemporary themes and works at  doing her best to stay on top of the cultural trends that tie into work she does while still preserving the heritage. Concludes Morris: “It’s a tricky balance.”