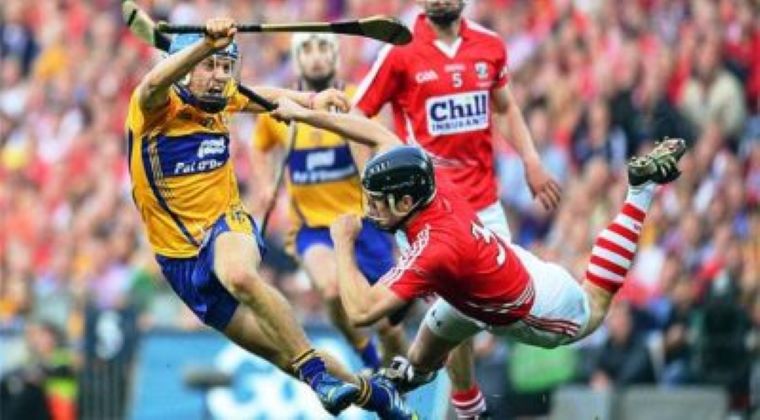 Hurling is arguably the fastest field sport in the world and quite possibly the oldest. It is played with sticks called hurleys, a ball known as a sliotar, and by two teams of 15 who play on a large pitch with goals at either end.

The rules of the modern game were first codified by the Gaelic Athletic Association in the late 19thcentury but prior to this there were actually two hurling traditions on the island of Ireland. In the north of the country a winter game, very similar to modern Scottish shinty, was played mainly on the ground with a narrow stick and a hard ball.

The second form of the game, or Leinster hurling, was played with a broader hurley and a softer ball and was much more like the modern game. Players could pick up the ball, catch and strike it as well as soloing down the field. Although the GAA used both forms as an inspiration for the game it organized in the late nineteenth century, Leinster hurling had more of an influence in the evolution of the game. However, which of these games is the oldest remains a mystery. 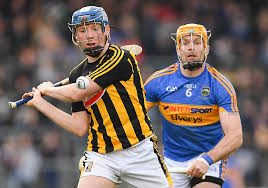 The earliest surviving references to hurling are found in 7th and 8th century AD Irish laws, which describe various sporting injuries that should be compensated. Hurling is also mentioned in the 11th/ 12th century Leabhar na hUidre, while further descriptions are to be found in 13th/14th century romantic tale Cath Mhaigh Tuireadh Chunga. This latter account details a very bloody hurling game between the Tuatha De Danna and the Fir Bolg that was played at Moytura, Co. Mayo. This mythical match supposedly took place in 1072 BC!

However, the most famous early account of the hurling is found in the Tain Bo Cuailgne, which describes the exploits of the Ulster hero Cú Chullainn. Although the surviving version of this epic dates from the 12th century it has been convincingly argued that the story’s origins lie in the Iron Age (500 BC – 400 AD). Hurling is mentioned a number of times in the text, most notably when the young hero, then known as Setanta, uses a hurley and sliotar to kill a vicious hound. Hence forth he became known as Cú Chulainn (Cullen’s hound), after the owner of the dog.

Possible representations of hurling are also found on two high crosses from Kells and Monsterboice, which date from 9th/10thcenturies AD. On each of these crosses a biblical panel is depicted which illustrates David killing a lion with what appears to be a curved stick and ball. The killing instrument should in fact be a sling, but it appears that a hurley was chosen instead as it may have been more familiar to an Irish audience.

Hurling continues to feature in Later Medieval Gaelic Irish and English sources, with the latter generally disapproving. It is hard to believe it now but in the 14th century that bastion of the modern game, Killkenny, attempted to ban hurling. This occurred in 1367 when the infamous Statutes of Kilkennydeclared ‘do not, henceforth, use the plays which men call horlings, with great sticks and a ball upon the ground, from which great evils and maims have arisen’. Despite threats of fines and imprisonment, this law failed miserably and the black-and-amber-clad men of Kilkenny would become one of hurling’s powerhouses. Similar measures to curtail hurling were also undertaken in Galway. These statutes, which were enacted in 1527, stated that people should ‘At no time to use ne occupy ye hurling of ye litill balle with the hookie sticks or staves.’ Thankfully, as in Kilkenny these laws seem to have had little lasting effect.

Indeed, the game appears to have been widely played in the latter middle ages.  In the far north of the country, for example, a 15th century Galloglass’s grave slab from Co. Donegal clearly depicts a sword, hurley and sliotar (see image to the left). Similarly in the south of the country, hurling was so prevalent, that the Lord Chancellor William Gerrarde was forced to reprimand the English settlers of the Munster Plantation for playing the game in 1587. 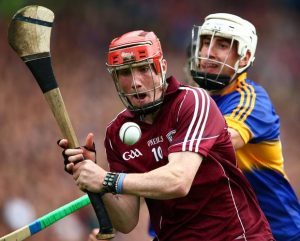 In the post-medieval period hurling continued to prosper, often under the patronage of the Anglo-Irish gentry. These matches drew large crowds and many colourful accounts of these games survive.

For example, in 1792, ‘a hurling match took place in the Phoenix Park’, Dublin in front of a vast ‘concourse of spectators’, with ‘much agility and athletic contention, until the spectators forced into the playing ground’.

Similarly in 1827, a game at Callan, Co. Kilkenny is described thus, ‘It was a good game. The sticks were being brandished like swords. Hurling is a war-like game. The west side won the first match and the east the second. You could hear the sticks striking the ball from one end of the Green to the other’ (diaries of Amhlaoibh Ó Súilleabháin).

Inter-village and sometimes inter-county hurling matches flourished throughout the 19th century. Indeed, they were to inspire a new and dynamic sporting organization. In 1884, nearly 2000 years after Setanata first drove a sliotar towards Cullen’s onrushing hound, the Gaelic Athletic Association was founded. The rest, as they say, is history.