HISTORY OF THE CLAN SYSTEM PART 3 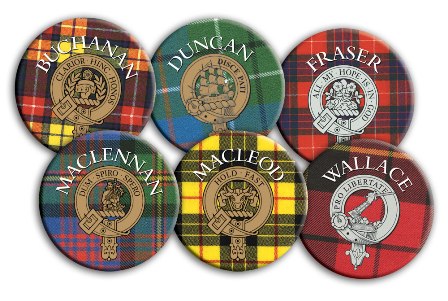 Structure of the Clan

At the heart of the structure of the Clan was a contradiction. Two distinct concepts of Clan heritage existed together and functioned as one: Firstly there was the ‘Duthcas’, this was the fundamental right of a Clan member to settle in Clan territory and find protection there. Alongside this was the heritage of the individual Chief. This was called ‘Dighreachd’ and placed the Chief as the head of the Clan and as overall owner of its lands.

The Chief’s succession in the Celtic tradition was decided and governed by a system known as ‘Tanistry’; this was the ancient law of succession whereby an heir was chosen from a group of individuals with hereditary claims. This group would typically consist of males whose great grandfathers had, themselves been Chiefs. It was the existing Chief’s task to choose an heir or ‘Tanist’ from this group who was regarded as the person most suited to succession.

This system ensured that a strong leader was always chosen. Indeed, throughout the lifetime of the Chief the Tanist would be second in command, taking full responsibility for the Clan during the Chiefs absence.

Beneath the Chief were the Chieftains, from which the Tanist had been selected; these were the heads of the individual houses from which the Clan was formed. The eldest of these was called the ‘Toiseach’ and in most cases he became the Tanist. The Captain of the Clan was selected from any of the above. The ‘Daoin-Uaisle’ was the gentlemen of the clan, beneath them existing the main body of the clan itself.

In the Highlands which had been the homeland of the Picts there were 7 main tribal districts or provinces: Caith (Caithness & Sutherland), Fidach (Ross & Moray), Fodhla (Atholl), Fortrenn (W. Perthshire), Ce, (Mar & Buchan), Ciric or Ciricinn (Mearns) and Fibh (Fife).

Each province had a King or ‘Ri’ and from these the Sovereign or ‘Ard Ri’ was selected, however as the Scots from the Kingdom of Dalriada emigrated into the Highlands the title of ‘Ri’ became less common and was abandoned around the 12th century.

The difference between the Scottish and Pictish Clan systems were clear. At the heart of the Pictish system was a Celtic patriarchy. The land belonged to the tribe and they were responsible for its well being, the chief acting as the father of the Clan. Influences from south of the border had made the Scottish Clan system more feudal with the Chief or King being the sole owner. These two systems fused together and became the Clan system we know now.

Both ideas co-existed in a peculiar way: The relationship between the King and the Clan Chiefs was feudal, whereas the Chiefs themselves practiced a more traditional Clan system. In times of war (which was frequent), The Clan took on the form of a military regiment. Each Clan had its distinctive badge and war cry and its own pipe tunes to rally to. No Clan would enter into a war until its people were consulted. Only after full consent was given was the Clan put on a wartime footing.

The Clan was a symbol of unity and strength; it was also structured on egalitarian principles.

Although the body of the clan was regarded as its kin there were natural divisions within it, which, although it rarely affected the individuals standing nevertheless existed. Those members of the clan with blood ties were the ‘Native Men’. The shared the Clan sur-name. Sometimes individuals or small family groups would come into the Clan who had no blood relation and were merely seeking protection or sanctuary. These were the ‘Broken Men’ of the Clan, sometimes a smaller neighbouring Clan, which had suffered some natural or man-made devastation and were unable to survive alone, or else simply individuals with no specific allegiance.

As well as these there were the Septs, These were large and powerful families within a Clan. They did not share the native surname but in some cases their heads could be as powerful as the Chief himself. Smaller Clans could also bond together for protection, forming a larger confederation. The Clan Chattan, made up from several smaller member Clans was an example of this.

At no time was the bond of kinship more important than during times of war. Every man knew that his brother, in actuality or in spirit stood and fought by his side. Every Sept family or other such unit had a clearly defined position within the fighting line. The blood stirring sight of a fiery cross ‘Crantaraidh’, half burned and dripped in blood rallied the men together. This spirit of brotherhood at such a time made the highlanders attack incredibly ferocious. The tactic was to make the first attack the fiercest and many Clan battles were short-lived affairs, Won or lost in the first charge.

Peacetime in the Clan held many traditions; even during wartime men were elected to stay behind for agricultural purposes and were thought no less for it. The concept of fosterage was well known and infants were often exchanged between families to strengthen the bond within the Clan.

The chef himself was frequently cast in the role of matchmaker arranging marriages, which settled inter Clan feuds and strengthened social ties. A practice known as ‘hand-fasting’ was adopted; this was a kind of trial marriage which lasted for one year and a day. At the end of this time the marriage could either go ahead or not. During hand-fasting the couple lived together as husband and wife.

The rights of women were well protected under the Clan too. Many women were given the opportunity to assist on councils and unfaithful, cruel or uncaring husbands were held in very low regard.

The Law of the Clan

The laws and traditions of the Clan were its most sacred possession – next to its people. As the chief was inducted into his position he stood on a ceremonial stone with a sword in one hand and a white wand in the other he swore an oath to uphold these. He was the overall arbiter of Clan disputes and dispensed the law, as he dispensed the tenancy of land, fairly and each according to his rights and needs. The Tanist as his second held the Clan lands in trust for posterity, swearing also to uphold tradition.

The dispensation of the law was assisted by the ‘Brieve’ a form of judge who’s position was hereditary and whose salary came directly from imposed fines. A council of 12-14 men, who met on ‘moothills’ or mounds, coming together in a circle, helped him in the undertaking.

Payments to the Chief were regular and fair. ‘Calpich’ was a one time payment made to the Chief on the death of the head of a family. This was usually the families most prized possession, though rarely so prized as to force hardship on the family. ‘Cain’ was the presentation of the first fruits of the land to the Chief, land, which had most likely been given, or dispensed by that same Chief. The practice of ‘Manrent’ was a system of payment coming from the Septs which was offered in exchange for their continued protection. Arbitration was the most common way to settle any disputes – even between Clans. Only as a last resort and with the full support of the Clan was war considered. Nevertheless the frequency of disputes has left many a Clan with a bloody and violent history.