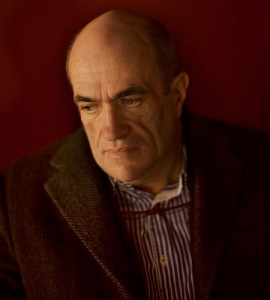 “I am so, so very sorry…the fault is all mine really…”

Colm Toibin is all apologies over the phone from his office at Columbia University in New York, where he is currently Mellon Professor in the Department of English and Comparative Literature.

“My day has simply blown up and gone all-to-hell,” sighs the 57 year-old Irish author, short-story writer, essayist, playwright, journalist, critic and poet. “I’m late on every interview and appearance so far this morning, and right now I am desperate for a good, strong cup of coffee and a nibble.”

Toibin comes as advertised; he is opinionated, yet polite; formal to a degree, yet friendly; serious, yet true to his witty Celtic roots. There is also, however, an eccentricity there – a unique, indefinable quality that comes across in his speech.

“It is only, perhaps, that I do not see the world the same way as most,” he shares with a smile. “Many people interpret their lives as a story, with a macro narrative arc. I believe that our time here is nothing more than a series of random events and occurrences, and that all we can do is react to the immediacy of circumstance.

“In that regard, it is the small, daily details that fascinate me. In particular, I have an affinity for the odd and off-beat, and how we deal with them.”

Strange is the subject of Toibin’s latest work, New Ways to Kill Your Mother; Writers and their Families, a quirky collection of essays that explores the sometimes surreal lives of scribes (see review).

“In my years of reading and writing I have come across many examples of artistic temperament in the field of literature, both true and exaggerated,” he explains. “Writers are an interesting lot, to be sure, as are the people in our immediate sphere.”

Sure enough, the new tome is as revealing of writers’ kin as it is of the wordsmiths themselves.

“These family members were often the backbone of creative endeavour, and without their support, many of our finest works would not have come to be.

“By turns, many of these individuals were mad themselves, and they could have a profound, if not perverse impact upon the authors.”

Toibin gives a nod to his own as well.

“My family is only mad in that they have put up with me for as long as they have,” he chuckles. “We Irish can be a little peculiar, don’t you know.”

Born and raised in Enniscorthy, County Wexford along Ireland’s plush southeastern coast, Toibin attended University College Dublin before relocating to Spain. In 1978 he returned to Dublin to pursue a career in journalism with the monthly news magazine Magill. He published his first novel, The South, in 1990, and has released nearly two dozen fiction and non-fiction works to date.

En route, the writer has been nominated for, and awarded, a litany of literary honours, including the International IMPAC Dublin Literary Award, the Man Booker Prize and, most recently, the Irish Pen Award.

“Most writers will tell you that these prizes mean nothing to them, but that really isn’t the case,” he explains. “Having my work acknowledged and recognized by my peers has meant the world to me, especially back home where there is such a tremendous literary tradition – Yeats, Joyce, Shaw, Wilde, etc. To even suggest that I be considered amongst those names is equally amazing and absurd.

“I can’t help but wonder, however, if they had to endure all of the interviews and appointments. If so, then it is really no surprise that so many of them were mad.”