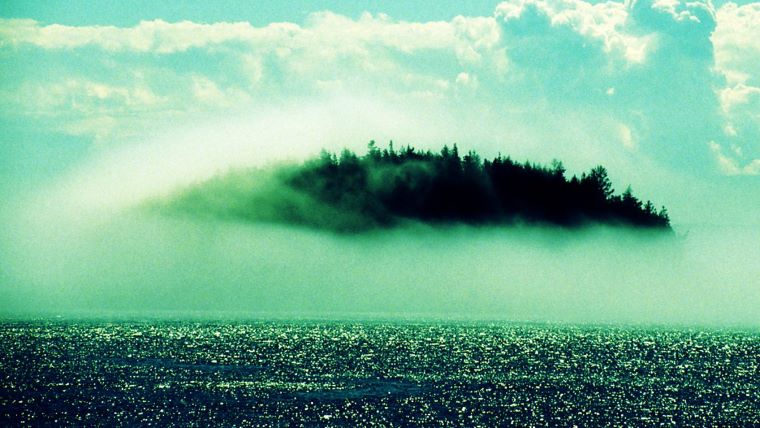 Imagination merges with reality where the island of Hy-Brasil is remembered in both travelers’ records and ancient Irish legends. Ireland could, indeed, have its own version of Atlantis.

Information gathered by historian Fiona Broome, as well as Celtic mythological enthusiasts, shows the intersection of myth and reality in regard to the island of Hy-Brasil, which is also known by the variants Hy-Breasal, Hy-Brazil, Hy-Breasil, Brazir, among others.

In Celtic folklore, this island country takes its name from Breasal, the High King of the World. However, as the Atlantic began to be more thoroughly explored, the name of Hy Brazil may have been attached to a real place, providing some evidence that attached itself to the Irish myth.

Hy-Brasil was noted on maps as early as 1325 when Genoese cartographer Dalorto placed the island west of Ireland. On successive sailing charts, it appears southwest of Galway Bay.

Both Saint Barrind and Saint Brendan found the island on their respective voyages and returned home with nearly identical descriptions of Hy-Brasil, which they dubbed the “Promised Land.”

A Catalan map of about 1480 labels an island as “Illa de brasil” to the south-west of Ireland, where the mythical place was supposed to be.

Expeditions left Bristol in 1480 and 1481 to search for it, and a letter written shortly after the return of John Cabot from his expedition in 1497 reports that land found by Cabot had been “discovered in the past by the men from Bristol who found Hy Brasil.” 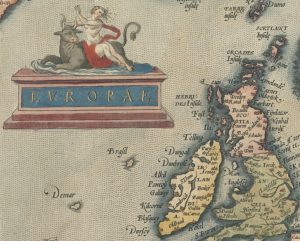 Some historians claim that the navigator Pedro Álvares Cabral thought that he had reached this island in 1500, thus naming the country of Brazil. However, Cabral didn’t choose the name ‘Brazil’. The country was at first named Ilha de Vera Cruz (Island of the True Cross), later Terra de Santa Cruz (Land of the Holy Cross) and still later ‘Brazil’.

The generally accepted theory states that it was renamed for the brazilwood, which has an extreme red color (so “brasil” derivated from “brasa”: ember), a plant very valuable in Portuguese commerce and abundant in the new-found land.

The most distinctive geographical feature of Hy-Brasil is that it appears on maps as a perfect circle, with a semi-circular channel through the center. The central image on the Brazilian flag, a circle with a channel across the center, was the symbol for Hy-Brasil on early maps.

The circular perimeter of the island was confirmed by both Saints Barrind and Brendan, who separately walked the shore to determine where the island ended, but never found it. Most likely, they were walking in circles.

One of the most famous visits to Hy-Brasil was in 1674 by Captain John Nisbet of Killybegs, Co. Donegal, Ireland. He and his crew were in familiar waters west of Ireland, when a fog came up.

As the fog lifted, the ship was dangerously close to rocks. While getting their bearings, the ship anchored in three fathoms of water, and four crew members rowed ashore to visit Hy-Brasil. They spent a day on the island and returned with silver and gold that was given to them by an old man who lived there.

The last supposed sighting was in 1872 by Roderick O’Flaherty. In ‘A Chorographical Description of West or H-Iar Connaught (1684),’ he tells us of the reported “old man” by saying:

“There is now living, Morogh O’Ley, who immagins he was himself personally on O’Brasil for two days, and saw out of it the iles of Aran, Golamhead, Irrosbeghill, and other places of the west continent he was acquainted with.”

The last documented sighting of Hy-Brasil was in 1872 when author T. J. Westropp and several companions saw the island appear and then vanish. This was Mr. Westropp’s third view of Hy-Brasil, but on this voyage, he had brought his mother and some friends to verify the Island’s existence.

Whether or not the island exists – or ever existed – is still hard to tell, but the mythical and real accounts of the Island are hard to deny.