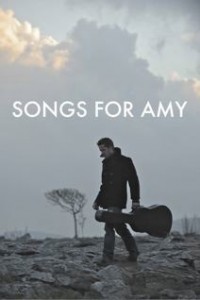 Directed by BAFTA and Emmy-nominated Konrad Begg (Top Gear) and produced by Fiona Graham with Sonny and Skye Productions and Seafaring films, ‘Songs for Amy’ follows Sean (Sean Maguire), a tormented Irish musician who writes an album for the love of his life, Amy (Lorna Anderson), in an attempt to redeem himself for the mistakes that he made. His roller-coaster journey to win her back takes him through love, loss, regret and hope, all with the help and hindrance from his misfit band mates.

“JJ was a fun character to play with, I saw him as an insecure, egotistical, narcissist pop star who demonstrates loudly the commercial byproducts of the entertainment world,” says Kevin Ryan “ It was a very different character for me to toy with, saying that, so is an 1864 New York Detective that I am currently working with on with the new series Copper. I truly love to challenge myself and constantly switch up the characters I play, that’s where the fun and danger lays.”