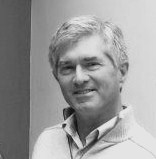 What is your own background/ethnic heritage?
I was born and raised in London to Irish parents. My mother was from Mayo and my father from Leitrim. However I returned to Ireland in my early twenties with my family and settled in Galway, on the West Coast of Ireland.

How long have you been with the company, and what is your position there?
I am the founder of the Kiyoni luxury fashion label, which officially launched in June 2012, however I had been working on product development and various commercial aspects of the business six months prior to the initial launch.

What are the challenges of the profession?
It’s easy to think that being a designer simply involves creating beautiful products. The reality is it does not matter how talented a designer you are, to run a successful fashion business you also need to know about everything from marketing and PR, to manufacturing your collection and knowing where to find the money to finance it all. The challenge is bringing all of the elements together in order to build a successful brand and business.

What are the rewards?
It’s a real buzz to see someone wearing something you’ve designed; to see them enjoy what you’ve done. It makes all worth it

What is the company’s core mandate?
The focus will be entirely on accessories; designing and producing luxury items of the highest quality.

What are your key products?
Currently we are producing a range of high quality silk twill scarves that are being very well received. So we would aim to build on that and expand the range each season.

What is your marketplace?
We see our target audience as women aged 18 to 34. Our typical consumer would already work in fashion, advertising, design, graphics or media. Our brand is for those who are more open minded, whose tastes are more experimental. It is for those women who buy what they want, and don’t care what others think.

How do you differ from your competition?
My designs based on the idea of Fables and fairytales with a strong sense of contrast between dark and light. They are fun, but with a twist .

What are your thoughts on the current state of the Irish economy?
It’s a very difficult time and especially for new designers to get a foot hold. Ireland at the moment is a difficult trading environment. I believe it in order to succeed in the future, business owners need to realise that Ireland, and Europe in general has entered an era not just where a short period of austerity will exist over the next three to four years, but a completely new trading environment where consumers are more price conscious, have less disposable income and are less willing to part with their money unless they believe they are receiving real value in return. The challenge for business owners is to adapt their business models to ensure they are offering the greatest value possible to the consumer whilst still at the same time making a decent return on their investment.

Are we doing enough to preserve & promote Celtic culture generally?
Certain state departments have been active in driving the ‘Brand Ireland’, such as Tourism Ireland with their new initiative called ‘The Gathering’, and the Irish Food Board has seen record highs of food and beverage exports over the past couple of years thanks to their increased presence and activity in emerging markets. However, more still needs to be done to support small and medium size business owners with the crafts and fashion industry.

What can we be doing better?
It’s no secret that Irish exports have been hitting record figures. Although the greatest focus has been on traditional markets like the US and UK in the past, we need to be less reliant on these markets and focus more on non-traditional markets such as the Middle East and Asia. These new emerging markets are highly attractive export focused companies, with their young and growing populations, who have a desire for luxury goods and increasing disposable incomes.

What’s next on the company’s agenda?
Growing the number of boutiques we are stocked in within Ireland will certainly be a priority. As a young company we still have many opportunities to expand our distribution with local boutiques and bigger department stores in the main cities. However, like any company looking to grow, we will begin to place greater focus on export markets, not only traditional markets like the Europe and the US, but also new emerging markets like the Middle East where luxury brands have had enormous success in growing their businesses.