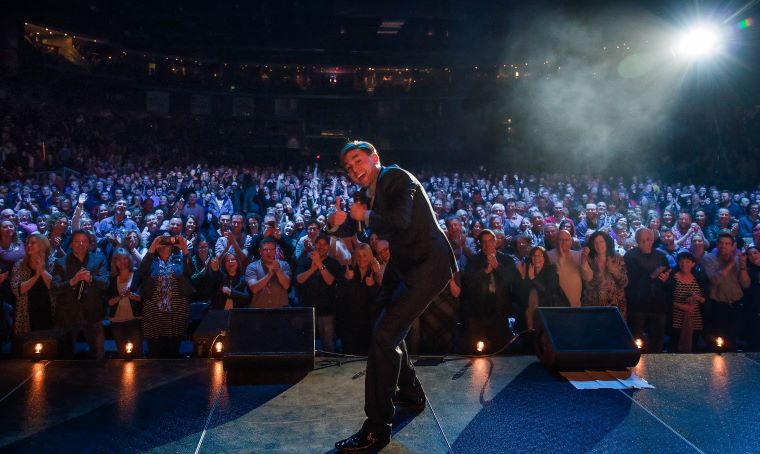 Award-winning comedian, editor and speaker James Mullinger first turned to stand-up comedy as a way to cope with childhood bullying.

“I was a shy kid growing up in England and listened to stand-up comedy as a way to cheer me up,” remembers the 41-year-old. “I watched Frank Skinner, Alan Davies and Eddie Izzard videos over and over. I laughed like a drain and wondered how these people could amble on stage, act so natural and be skilled at making two thousand people laugh, when I was too shy to talk to another kid in my class. Comedy saved my life, but I never thought I could do it.”

These fears and insecurities continued into his twenties. However, in 2004 – while on holiday in Saint John, New Brunswick – Mullinger was inspired to the plunge.

“I was watching a dinner theatre production with my wife and her family. The performers had us all laughing and dancing and singing. I was very entertained, but completely overcome with profound jealousy. These performers were living out their dreams. No matter what they did during the day, or what their home lives were like, at night they were stars.

“I became angry with myself for not even trying,” he continues. “I made a pact that 2005 would be the year I tried stand up comedy. It still took me five months but, in May that year, I found the confidence to do it.” 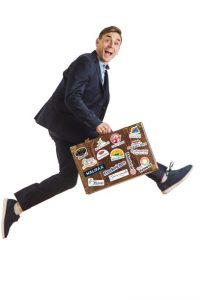 “I did it while doing a fairly high stress and pressured day job for GQ magazine. That is what my screenplay The Comedian’s Guide to Survival is about – those years when you have a day job but you are performing on stage each night. It is a brutal grind but gradually you get better at it. It was around 2010 that I started to get decent gigs, and I began touring solo a couple of years later.”

In 2014, Mullinger – a name of Irish descendance – moved from London to Rothesay, a small community in southern New Brunswick.

“I am still a stand-up comedian, but I am now also the editor of The Maritime Edit magazine, an international print publication devoted to celebrating the joys of living in, working in and visiting Atlantic Canada.

“I just didn’t like living in London anymore. I didn’t want to commute in to the city every day. My wife is from the East Coast of Canada.

“It is the most beautiful, most friendly place in the world. I like to call what we have here ‘discreet luxury.’”

“We have time and space and beauty. It is a different world here in the Maritimes. Canada is the best place to live in the world.”

Although the move was a welcome change, he notes that his comedic career required some minor adjustments.

“The comedy scenes are very different. There isn’t a star system here, which is both a good and a bad thing. The good news is that the biggest and best comedy festivals in the world are here. The largest comedy club chain is here, and stand-up has been a regular fixture on primetime TV for much longer than it has been in England. Another upside is that no-one gets in to comedy for the money or for the fame. There is a real passion in the circuit here. The only people doing comedy in Canada are the people that truly love comedy. We love what we do, we work hard, and we have made a career out of it.

“I am a great believer that anything is possible anywhere. You don’t need to be in a big city to do great things creatively. You just have to do things differently and find your own path. I am so much happier here. It is paradise in the Maritimes, and I am getting a lot more done.”