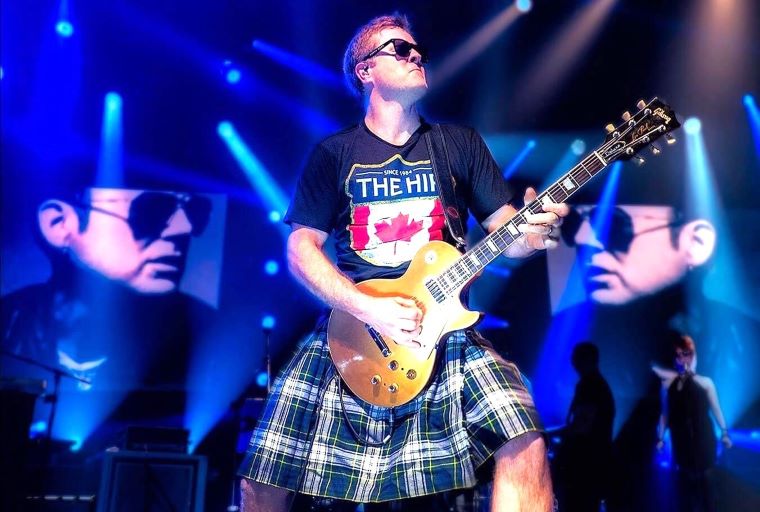 While it is true that the COVID-19 pandemic hit the music industry harder than most – resulting in financial, mental, and emotional challenges for many performers who make their living on the road – some artists managed to keep their sense of humour intact.

“Blond,” laughs Montreal singer/songwriter/multi-instrumentalist Jason Lang, when asked about his roots. “I know it may be hard to believe at my age, but my hair hasn’t changed colour yet.”

All joking aside, the 50-something, married father of two is open about both his genetic and artistic heritage.

“My grandfather left Scotland with his family in I believe 1928 or 1929. He was from Edinburgh. On my grandmother’s side, the McVicars – as I understand – left Scotland earlier and went to Ontario before making their way to Quebec. My mother (renowned folk singer) Penny Lang – the first-born Canadian of our family – had a little thing in her late twenties with American folk singer Dave Van Ronk, and I am the bastard child of that affair.”

It didn’t take long for those musical seeds to come to fruition.

“I remember being at my grandparent’s house when I was about five or six, and there was a guitar in the living room. When I strummed it, it didn’t sound right. So, I tuned it to play a chord – that way I could basically move one finger up and down the neck and have a nice major chord playing. I also remember my grandfather coming into the room and asking me “who taught you that?” – and I replied that it just sounded right. I started playing music because it was there, and I could hear it. And when I was in my teens, it helped me to feel free and alive, and I thought that I could project images and feelings through the sounds emanating from my guitar.” 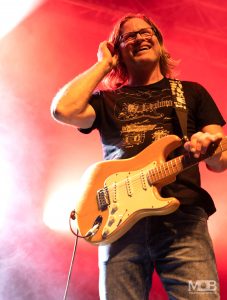 He continues to play for many of those same reasons.

“It is still there, and I can still hear it – I think even a little better…It’s funny, as we get older, if we are lucky our ideas begin to change. Success has so many potential meanings. If we are truly fortunate, that which is truly important comes to the foreground. Is it fame and fortune that I seek? Is it the love of others? Is it capturing the moment that I am in? All are valid. All can be beautiful. Whatever is in your heart, just do it.”

Lang has enjoyed both success and significance over the years – including writing and recording songs with a variety of players and performing for millions of people around the world with some of Canada’s most prestigious artists. However, his focus in recent months has been on piecing together a new recording – Handled With Care – that pays tribute to his late mother.

“My wife has been pushing me for a few years to do this. 2022 – being what would have been the 80th birthday of my mom – it seemed an appropriate time to finally put a project of her songs together.”

Officially launched with a release party in his hometown just over a month ago, the first single from the album, Happiness Is, is now available via all streaming platforms. More songs are scheduled to be rolled out over the coming months.

The sonic apple didn’t fall too far from the tree, it would appear, and – like his musical mother – Lang understands and appreciates the power and beauty of bringing melodies and lyrics together.

“In my opinion, a good song is one that captures something – a moment, a feeling, essentially the truth. Something that, ultimately, we as humans can connect with and relate to and feel like we are not alone. Sometimes they are deep and sometimes they are not, but both are completely valid and essential.”

He feels the same way about the in-person concert experience.

“A good live show is one where you are connected to the people that are participating in the event. I got to witness my mother perform a sort of magic sometimes where it felt like we were all in the same place at exactly the same moment in time, physically, mentally, and – dare I say – spiritually? For me, that is about as good as it gets.”