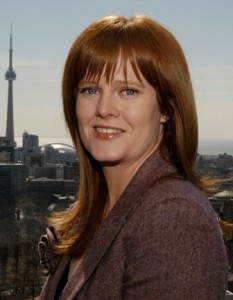 When she is not travelling, learning to play golf or “running around after two kids age three and under,” Jayne Shackleford plies her trade as the Director of Strategic Development of Tourism Ireland Product and Business Tourism plans for Canada. Recently she spoke with Celtic Life International about The Gathering, the Emerald Isle’s year-long homecoming celebration.

What is your own ethnicity/heritage?
Belfast, Northern Ireland.

How and when did you get involved with Tourism Ireland?
I started working in Tourism in 1998 in our New York office and moved to Canada in 2003.

In your own words, how might you define The Gathering?
The Gathering is Ireland’s biggest ever tourism initiative, consisting of a year-long programme of over 3,000 festivals, events and gatherings in all corners of country. Young or old there is a Gathering for everyone to enjoy.

What are some keystone events this year?

· Arts, music and food festivals up and down the country from Kilkenny, to Waterford, to the isle of Inisboffin.

· Members of the tribes of Galway living in North America are invited to compete in an Oyster eating competition at next year’s Galway International Oyster and Seafood Festival.

· A special jazz Gathering at the Guinness Cork Jazz Festival with over 1,000 music students from around the world in Ireland for a weekend of free jazz education.

What can visitors expect to experience?

Ireland has always been known for it’s céad míle fáilte – a hundred-thousand welcomes – but in 2013 the welcome will be even warmer!

What has the response been like so far to The Gathering?
Canadians have truly embraced The Gathering. We are confident we will see an increase in visitors from Canada in 2013.

What impact is the initiative expected to have on Ireland in the coming years?
2013 promises to be an iconic and memorable year, one which will leave a lasting legacy of great economic and spiritual significance; a year Ireland can be proud of for years to come.

Is enough being done to preserve and promote Celtic culture generally?
At Tourism Ireland its part of our messaging; it’s what interests Canadians in travelling to Ireland as our customs and traditions are very much part of the vacation experience. It includes our language, music, art, literature, folklore and cuisine.

What could we be doing better?
It’s important that we celebrate our Celtic culture abroad and continue to pass through the generations, whether Irish, Ulster-Scots or Scottish or Welsh.