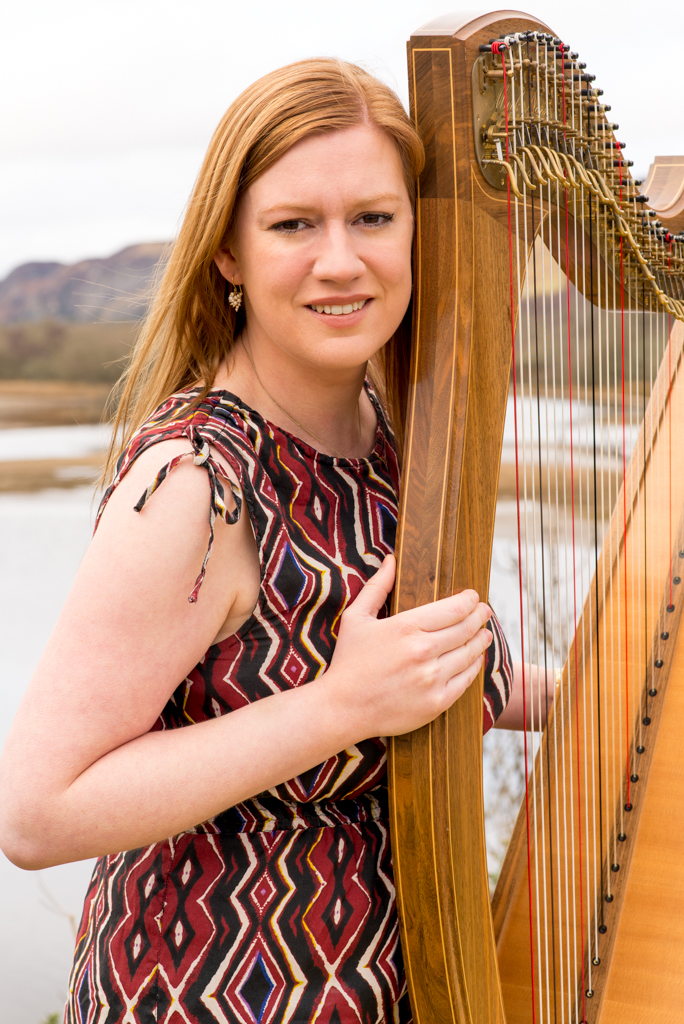 In January 2013, at Burns Unbound at the National Museum of Scotland, Jennifer Port shared that before bagpipes or the fiddle existed, there was the clàrsach (Scottish harp), pointing to the instrument she had just been playing. Port explained that because the clàrsach died out during the mid-1700s, and did not make a revival until the mid-1900s, many are still unfamiliar with the instrument today.

However, the multi-award winning harpist and singer is a driving force behind the clàrsach’s resurgence as she performs all over Scotland and the world.

Originally from Golspie in the Scottish Highlands, Port’s Primary 6 teacher Graham McCarthy introduced her to the clàrsach and her life as a musician was born. After high school, she completed her honours degree, specializing in clàrsach, composition and singing, at the Royal Scottish Academy of Music & Drama.

She has performed in many places, from the Cambridge Folk Festival, the Celtic Connections Festival and for Parliament and royalty, to numerous weddings (including Madonna and Guy Ritchie’s) and for Live Music Now (a program that brings performances to disadvantaged and isolated populations).

For Port, however, Pipes of Christmas has stood out and remained “an annual performing highlight” since 2003. She loves how it allows her to collaborate with other musicians. “It is only at Pipes of Christmas that I work with such a large and talented cast,” she says.

It’s been especially momentous when Port’s parents and loved ones have traveled from Scotland to attend. “In 2010, my boyfriend (now husband) joined me for his first trip to New York and first time seeing the show,” Port recalls. “He’s returned every year since and we were delighted that the producer of Pipes of Christmas, Robert Currie, was able to join us on our wedding day in Glasgow.”

Port looks forward to this year’s event and many more to come. “Even after so many years playing in the show, Pipes of Christmas still fills me with festive spirit and truly signals the start of the Christmas season for me. I enjoy the camaraderie of the cast and it’s like a family get-together at Christmas, coupled with great music from exceptional musicians from all over the Celtic world.”