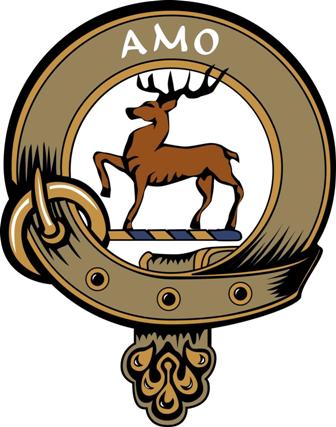 Since retiring his position as senior prosecutor at the International Criminal Tribunal for the former Yugoslavia at the United Nations in The Hague, Netherlands, Colorado’s Ken Scott has been busy with the American Scottish community. Here he answers our Seven Celtic Questions.

What are your own Celtic roots?
Like many Scottish-Americans, I have a number of Scottish family lines, including Scott and Douglas, and also some McLean and MacGregor. My principal line, and the one that I most identify with, is the Scotts, although I’m very flattered to have the others as well. As a Scott, my heritage is in the Borders, in the area of Hawick and Selkirk – and I love that part of Scotland, and have been there many times. And in terms of Celtic roots, I also have Irish ancestry, but I know less about it. Taken together, I’m pretty darn Celtic and proud of it.

Why are those roots important to you?
I think it’s important to know where you come from and to have a sense of personal and family history that goes back more than just three or four or five generations. For many people, this seems to become more important as you begin to get a bit older. Life is just richer when you have that deep sense of history. And it is fun when you read the relevant history, such as George MacDonald Fraser’s The Steel Bonnets and Alistair Moffat’s The Borders, and realize that you are connected to it, that it’s also part of your story, your history.

What does it mean to you to be of Celtic heritage?
The Celts were, and are an interesting, pretty incredible people, an interesting combination of a fairly rough-and-tumble, often war-like or warrior people, an emotional and sentimental people, but also a very artistic, spiritual and intellectual people. I see all of that, to varying extents, in myself. Look at all the Celtic contributions to science, philosophy and literature, including both the Scottish Enlightenment and the Scottish Renaissance, not to mention Celtic music and art.  Look at Charles Rennie Mackintosh and the Glasgow Boys – James Guthrie and John Lavery and those guys.  It’s a rich texture and adds fabric to your life. And when I’m in the Borders – sure, there are differences from American life, but it always feels like home.

How are you involved with the American Celtic community?
I’ve been actively involved with the Clan Scott Society for almost 20 years, as the Commissioner in Colorado, then acting as “International Commissioner,” when my family and I lived overseas for many years, and presently as Corporate Secretary.   I am also the Vice-President and on the Board of Trustees of the Council of Scottish Clans and Associations (COSCA). I love to attend Scottish games and festivals, go to Burns suppers, etc. And you also just enjoy hanging out with people that share the same or a similar heritage.

Why is it important to keep Celtic culture alive in the U.S?
The U.S. is famous as a melting pot, and that’s a good thing, it’s made the United States a very good, productive and interesting place. But beyond the melting pot, we all have history somewhere else, and it’s fun and interesting and enriching to know where you come from, to know the bigger, longer story and see how it fits into who you are now, and also the influence on U.S. history and culture.

Are we doing enough to keep Celtic culture alive generally?
I think a lot of good things are going on: the games and festivals, Clan societies, St. Andrews groups, Scottish and other Celtic dancing, music and piping. I think there’s been an increasing interest in all of these things in the past 20 years or so. Of course, more can always be done.

What can we be doing better?
I’m overall optimistic, but I think more needs to be done with younger folks. An awful lot of the membership in U.S. Scottish and Irish societies and organizations are 50 to 60 years old and older, and obviously, the younger generations have to be brought in to keep these things alive. I think there is more exchange and interchange going on between the U.S. and Celtic countries, and that’s very positive, and more of that should be done. And I think we still need to connect more Celtic people with their heritage. There are a lot of Celtic Americans out there who really haven’t made the connection, and the stronger than connection, and the fuller it survives, the better.