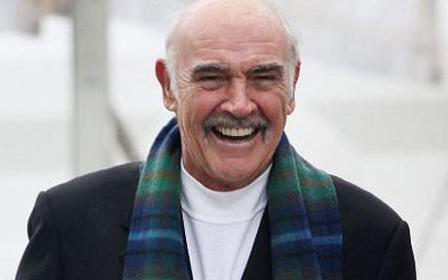 Said the Englishman to the boastful Scot: ‘Take away your mountains, glens and lochs, and what have you got?’ ‘England,’ replied the Scot.

Why are they putting Englishmen at the bottom of the ocean?
They found out that deep down, they’re really not so bad.

Then there were two Scots who bet a pound on who could stay under water the longest. They both drowned.

Jock was in London wearing his tartan when a curious lady asked if there was anything worn under the kilt.
‘No madam,’ he replied with a flourish. ‘Everything is in perfect working order.’

Old Sandy was dying. Tenderly, his wife Maggie knelt by his bedside and asked:
‘Anything I can get you, Sandy?’
No reply.
‘Have ye no’ a last wish, Sandy?’ Faintly, came the answer. . . ‘a wee bit of yon boiled ham.’
‘Wheesht, man,’ said Maggie, ‘ye ken fine that’s for the funeral.’

How did the Grand Canyon come about?
A Scotsman lost a sixpence.

The Kirkcaldy undertaker sent a telegram to the bereaved man, telling him his mother-in-law had died and asking whether he wanted her embalmed, cremated, or buried. Back came the reply: ‘All three — tak’ nae chances.’

How do you disperse an angry Scottish mob?
Take up a collection.

‘McDougall’s dead. He fell into a vat of whisky.’
‘What a shame. Was it a quick death?’
‘I don’t think so. He came out twice to go to the bathroom!’

The following was seen on a poster in Argyll:
DRINK IS YOUR ENEMY.
Adjacent to this was another poster which said:
LOVE YOUR ENEMY.

Did you hear about the last wish of the henpecked husband of a houseproud Edinburgh wife? He asked to have his ashes scattered on the carpet.

It was a terrible winter — three months of unbroken blizzards.
McTavish hadn’t been seen in the village for weeks, so a Red Cross rescue team struggled to his remote croft at the head of the glen. It was completely buried — only the chimney was showing.
‘McTavish,’ they shouted down the chimney. ‘Are you there?’
‘Wha’s that?’ came the answer.
‘It’s the Red Cross,’ they called.
‘Go away,’ shouted McTavish. ‘I bought a flag last year!’


Then there was the Inverness man who bought his mother-in-law a chair but had to send it back. He had nowhere to plug it in.

The local train stopped at a station long enough for the passengers to stretch their legs.
Sniffing the pure, clean air with appreciation, a passenger said to the guard: ‘Invigorating, isn’t it?’
‘No,’ he replied. ‘Inverurie.’

The minister was sharing a rail compartment with a Scot the worse of drink, who insisted on talking.
‘Please don’t speak to me,’ said the minister. ‘You’re drunk.’
‘Drunk?’ replied the Scot. ‘You’re worse than me — you’ve got your collar on back to front.’

Three times Jessie brought Sandy to the manse, hoping to be made man and wife, but each time the minister refused because of the groom-to-be’s intoxication. ‘Why do you persist in bringing him to me in such a state?’ asked the minister. ‘Please, Reverend,’ explained Jessie, ‘he’ll no’ come when he’s sober.’

Jock went into a shop to buy a pocket knife. ‘Here’s the very thing,’ said the shopkeeper, ‘four blades and a corkscrew.
‘Tell me,’ said Jock, ‘you haven’t one with four corkscrews and a blade, have you?’

An Aberdonian was ill with scarlet fever. ‘Send for my creditors,’ he said. ‘I can give them something at last.’

It was cold on the upper deck and. the captain was concerned for the comfort of his passengers.
He called down: ‘Is there a mackintosh down there big enough to keep two young lassies warm?’
‘No, skipper,’ came the reply, ‘but there’s a MacPherson willing to try.’

‘I hear you’re a great believer in free speech.’
‘I am that, Angus.
‘Well, do you mind if I use your phone?’

‘It was like this,’ said Donald. ‘I was teaching the wife to drive, and the brakes failed when we came down the hill.’
‘What did you tell her?’
‘Try and hit something cheap!’

A woman and a man from Aberdeen were stranded on a desert island after a shipwreck. Their clothes were in rags and their food running out. ‘I suppose it could always be worse,’ said the woman. ‘Oh, aye, it could,’ agreed the Aberdonian. ‘I might have bought a return ticket.’

‘Any complaints?’ asked the prison governor.
‘Aye,’ replied Sandy, ‘the walls are no built to scale.’

An Englishman, lecturing on his travels, was speaking disparagingly about the Scots in Canada and the mixing of the race with the Indians.

‘You’ll find,’ he said, ‘a great number of Scots half-breeds and French half­breeds, but you cannot find any English half-breeds.’ ‘Not surprisingly,’ shouted a Scot in the audience. ‘The squaws had to draw the line somewhere.’

A young man was at a party in Scotland fully dressed in his native kilt, every male there was. He had been dancing with several young ladies, but none of them had really interested him. But, there was one girl who he had noticed that he wanted in the worst way. He was shy however and did not have the nerve to ask. Just as the last song was coming on Jill, the girl he fancied, came over and asked him, “Would you like to dance with me?” Thoroughly pleased the young man responded, “Aye, how could you tell?”She responded, “By the gleam in your eye.” After they danced the last dance Jill asked him, “Would you like to walk me home?”The boy was so pleased he eagerly responded, “Aye, how could you tell?” She responded, “By the gleam in your eye. “When they reached the girls house she calmly asked him, “Would you like to come in and sleep with me?” He was so excited, he really was curious this time, “Was it the gleam in my eye?” Jill responded, “No the wee tilt in your kilt.”

Did you hear about the two Scotsmen who were stopped by the police for being drunk and disorderly? It turned out that the first had been drinking battery acid and the second had been swallowing fireworks. One was charged and the other was let off.

An American was going for a job interview in the Scottish countryside and on the way out he asked a local farmer for directions: “Excuse me dude could you possibly tell me the quickest way to London?” The farmer said: “You driving or walking, lad?” The American replied: “Driving.” The farmer nodded, saying: “Yup, definitely the quickest way”

An American visitor to Lindores Abbey was being shown round by the abbot when a monk shouted out “64!” All the other monks roared with laughter. Another then called out “15!” — again much laughter. “What’s going on?” asked the visitor. “They know each other’s jokes inside out” said the abbot. “So rather than tell them each time, they’ve numbered them. If one calls out a number, they think of the joke and laugh. Have a go…” The visitor called out “45!” and there was a small ripple of polite laughter. “I’m afraid,” said the abbot, “that’s not very funny. Try again.” So, the visitor called out “56!” and there was uproar. “Must have been a good joke,” he said. “Yes,” said the abbot wiping his eyes. “And we’ve never heard it before.”

How many Scottish social workers does it take to change a lightbulb? None, they form a self help group called: “How to cope with life in the dark.”

You can always tell a Scotsman — but you can’t tell him much.

This tale concerns the Scottish poet, Thomas Campbell. Campbell, when a young man, was on a walking tour in the South of Scotland and met a very stormy spell of weather in the midst of the Lowther Hills. He made for the nearest inn and, after a hearty meal of ham and eggs, he got himself to bed. It was a wild wet night, but the inn was dark and cozy, and the young Scottish poet lay musing upon his latest poem. Suddenly there came a gentle tap at the door and the dainty little serving lass, shading a candle with her hand, slipped quietly into the room. She crept up to the bedside table and smiling shyly, whispered, “Sir, could take another into your bed ?” “With all my heart,” breathed the young poet. “I thank you, sir,” said the young lass, “for Johnny MacGrizzle, the Moffat cattleman, has just arrived, soaked to the skin.” And that is supposed to have suggested to Campbell the title of his next volume, The Pleasure of Hope.

How many Scottish managers does it take to change a lightbulb? Five. One to notice that it needs changing, one to prepare a budget, one to sign it off, one to order it from supplies and one to tell their secretary it needs replacing.

A Scotsman walked into a supermarket with his zipper down. A lady cashier walked up to him and said, “Your barracks door is open.” This is not a phrase we scotsmen normally use so he went on his way looking a bit puzzled. When he was about done shopping, a man came up and said, “Your fly is open.” He zipped up and finished his shopping. He then intentionally got in the line to check out where the lady was who told him about his “barracks door.” He was planning to have a little fun with her. When he reached her counter he said, “When you saw my barracks door open did you see a Scottish soldier standing in there at attention?” The lady thought for a moment and said, “No, no. I didn’t. All I saw was a disabled veteran sitting on two duffle bags!!!