Lines on the Water 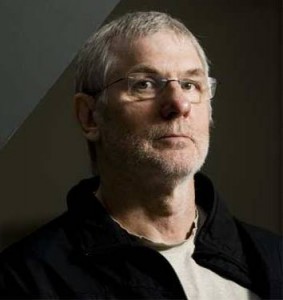 By his own admission, Canadian writer David Adams Richards has but a handful of pastimes.

“Well, outside of my life with my wife and two boys, I would have to say that I enjoy watching a good hockey game, and I also enjoy hunting now and again,” shares the 61 year-old scribe from his home in Fredericton, New Brunswick. “And then there is the work, which has taken up so much of my time over the last two or three years.”

It has been a prolific era for the much-honoured author; his highly-personal treatise on spirituality God Is (2009) re-sparked debate between believers and atheists, and in 2011 Richards released two strong new works, The Life and Times of Markus Paul (a sequel to 2006’s The Lost Highway) and the controversial memoir/essay Facing The Hunter; Reflections on a Misunderstood Way of Life.

“People in Canada are much divided on the subject of hunting and on gun ownership in general,” he explains, adding “it wasn’t really my intention to stir-up those issues. I simply wrote about what I know and love and hoped that it would be received that way.”

If history is any indicator of public and critical reception to what Richards’ knows and loves, then Facing the Hunter will likely bring home the literary hardware, as it did for his 1998 Governor General’s Award winning Lines on the Water; A Fisherman’s Life on the Miramichi.

Considered by many to be a modern Canadian masterpiece, Lines on the Water is more than a tribute to the tributaries of the salmon-stocked Miramichi River that Richards waded as a young man; it is, at heart, a work of gentle lore, simple wisdom, homespun humour and romance.

“I was very fortunate to have had those experiences with the great people that I fished with and learned from,” says Richards, who is of Irish descent, “and my hope was simply to share them with others.

“There was something about that book touched people,” he continues, “even those that do not fish. Perhaps it is because there is something about fly-fishing that brings out the best of us; patience, passion, a deeper connection with the natural world, awe and wonder…”

“It is a solitary sport, or pastime, yes, and it is a good metaphor for the individual amidst and against the elements. To a degree, it represents our efforts to conquer and contain the natural world and, in many ways, it symbolizes our striving to overcome ourselves and our condition. There is a real sense of power and of self when you are standing still in the river as the waters flow all around you, like you are telling the world ‘here I am – I exist.’”

And then there is the strike.

“There’s no feeling in the world like it,” smiles the writer. “You live for that moment, like when you play 18 holes of golf just to get that one good shot. It’s addictive, a rush, and it makes all that time spent up to your waist in the water worthwhile.”

While Richards no longer prowls the river as profoundly as he once did, he still gets out several times each season.

“Oh, I take my boys out now and again when we have time. I was there when John landed his first salmon, and it was as much of a thrill for me to see him bring it in as it was to catch mine all those years ago.

“I don’t know if I will ever write about fly-fishing again, but perhaps my kids will have something to say about it one day. At the very least they will have some good memories.”