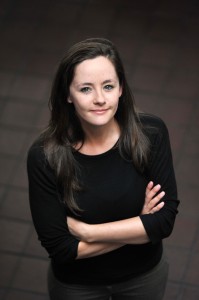 Since 1995, London’s Irish Cultural Centre has been offering an adventurous program from its building on Black’s Road in Hammersmith, central London. Now, change and opportunity abound as employees prepare to move into a new, purpose-built building that will better serve the needs of the city’s expanding population of young Irish.

England’s capital city has many Irish residents – the census of 2011 put the number at around 176,000, or 2.2 per cent of the total population. It’s said that twenty-five per cent of all the children in London have an Irish grandparent. And now, the number of Irish residents is growing as Ireland’s economic troubles force young Irish abroad.

“Last year, we had lots of young people peek around the door. We feel it’s important to be a strong social and cultural beacon, especially for the new arrivals, although we welcome everyone,” said the centre’s assistant manager Kelly O’Connor.

“Everyone” includes many second and third generation Irish and those connected to Ireland through marriage as well as some who just wish to explore Irish culture.

There are also music and dance lessons, a film club, art exhibitions, reminiscence sessions, dances and theatre and literary events, such as the June Irish Writers’ Festival. A popular debate series last year on the recession in Ireland was provocatively called: Why is No One in Jail?

The centre’s free and subsidized services have always been offered from the aging building on Black’s Road, but two years ago, change was forced when the cash-strapped local council decided to sell the building. Cultural centre employees were told that if they wanted to stay on, the price tag would be £3 million.

Negotiations brought the price down to £1.5 million and the centre’s trio of staff, assisted by many volunteers, then went about the task of raising the money.

With the help of their many friends, they organized the world’s first 10,000km session in September 2012. The musical sponsored walk left from the Black’s Road base and threaded its way along the Thames.

“It was fantastic, a lovely turn-out and fabulous weather,” said O’Connor, herself a Dubliner who has been in London about four years.

They held further fundraisers, and the Irish government provided a £500,000 grant. The rest of the money came from an advance payment from Shepherd’s Bush Housing Association, which will share the new space with the centre.

“We panicked at first but once we realized we could secure our future we saw that it was a fantastic opportunity,” O’Connor said of the move. “We can restructure to be more efficient and develop a building that better provides what’s needed. We get to re-brand, and that’s timely with a larger number of younger people signing up for events and coming to classes.”

She said that the new hall, for instance, may be called The Junction – a name designed to appeal to the young, and which doesn’t shout cultural institution.

The forced re-think has made staff realize they can work with other London venues that may offer more space, allowing bigger concerts or smaller acoustic sessions — they have already held a fundraiser with comic Dara O’Briain at the Palace Theatre on London’s Shaftsbury Avenue.

“Many things that seemed out of reach, we can now think about, the opportunity’s there, but we have to be realistic, we have to ensure we can deliver within our budgets,” said O’Connor. “We want to become more commercially viable. The Irish government provides a grant for us every year and we want to prove to Irish tax payers that we’re doing our very best to be as self-sufficient as possible.”

The centre has gravitas through its affiliations with Thames Valley University and London College of Music. It is the only centre in the U.K. to offer official examination grades in Irish Traditional Music. Ideas for generating more income and visibility include a café and shop, and more partnerships such as the one with London’s annual Irish film festival.

The new purpose-built centre will open in the fall of 2014. The existing one closed two months ago, and the staff has moved into temporary accommodation from where they’ll continue to offer their services.

“At the start we were worried but now the future looks bright and it’s incredibly exciting,” said O’Connor with a grin.