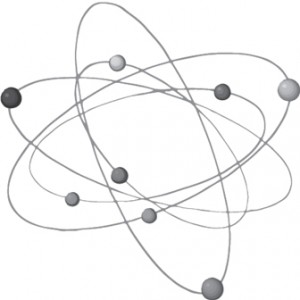 Everyone loves to help a friend, but pioneering medical doctor and novelist Margaret Todd, born in Glasgow in 1859, would doubtless have preferred to be remembered for her six novels or pioneering medical work than the one-word suggestion she made to a friend exactly 100 years ago.

The friend was chemist Frederick Soddy, and the suggested word was “isotope”, a combination of the ancient Greek words for “equal” and “the same place”. There is an injustice in having one’s lifetime corpus of work eclipsed by one word. But Todd, compelled to write largely under a pseudonym, was probably better able than most to accept such a fate.

A female writer when it was still quite taboo and a female doctor when it was almost unheard of, Todd understood the constraining gender roles of her era. She was also motivated to defy those constraints.

Moving from Glasgow to Edinburgh in her mid-twenties, Todd was among the first enrollers at the Edinburgh School of Medicine for Women, where she embarked on a novel, Mona Maclean, Medical Student. This largely autobiographical book was released under the nom de plume Graham Travers.

The book generated enough of a reaction to make the pages of the popular satirical magazine, Punch. Unable to track down Mr. Graham Travers, people soon suspected that a female scribe operated behind a man’s name.

Todd acquired an important role at an Edinburgh hospital, but only five years into her medical career she retired and moved to England. Several more books and short stories followed, although the “Graham Travers” pseudonym was effectively dead, as “Margaret Todd, M.D.” was added in parenthesis.

Aside from the iconoclasm of her professional life, Todd’s personal life was also, for its day, rather against the grain. The love of her life was a female doctor, twenty years her senior: Dr. Sophia Jex-Blake.

Jex-Blake had been a leader of the Edinburgh Seven, who, in 1869, became the first group of female medical students in the U.K. Most in the medical establishment did not welcome them, and debate about the female students raged in newspapers like The Scotsman and The Times.

On November 18, 1870, the female students were ambushed by a disapproving crowd as they arrived to take an anatomy exam at Edinburgh’s Royal College of Surgeons. Biographer Shirley Roberts tells how the women were heckled and pelted with rubbish in the incident, later dubbed the “Surgeons’ Hall Riot” (Sophia Jex-Blake: A Woman Pioneer in Nineteenth Century Medical Reform). Even after the debate died down, there was widespread institutional prejudice and animosity directed towards women becoming doctors.

In her ironically-titled article Why Women Should be Nurses and not Doctors, Glasgow University professor Anne Crowther wrote that medicine was at the time “one of the few professions to offer ladies a genuine chance of economic independence”. Such independence threatened longstanding patriarchal notions.

According to Anne Commire’s book, Women in World History; A Biographical Encyclopedia, Todd and Jex-Blake eventually moved to Rotherfield in England. There Todd wrote The Way of Escape, in which a 17-year-old girl is deserted by a seemingly respectable gentleman.

Following Jex-Blake’s death in 1912, Todd embarked on a biography of her friend called The Life of Dr. Sophia Jex-Blake. She also kept in touch with some of the interesting people she and Jex-Blake had entertained. Among these, was chemist Frederick Soddy, a lecturer at the University of Glasgow and eventual Nobel Laureate.

One day in 1913, Soddy was telling Todd about his research on radioactive elements that, despite having a different atomic mass, occupy the same place on the periodic table.

Thanks to her scientific background and classical education, Todd was able to volunteer a word to describe these elements: isotope, which has since become a ubiquitous term in the scientific community.

At the time, however, Todd was more interested in her biography of Jex-Blake, which finally saw print in 1918. The author then destroyed Jex-Blake’s remaining personal papers, in accordance with her dying wishes. Several months later, Todd herself died at 58; there were rumours of suicide.

Her writing, both fiction and nonfiction, has since fallen into obscurity and memory of her medical career has faded. The one aspect of her life that has not dimmed is the word she ventured to her chemist friend in 1913.