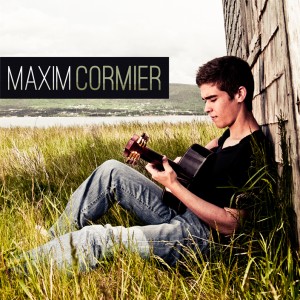 What is your own ethnic background/heritage?
I’m an Acadian from the small village of Cheticamp; a small francophone community completely surrounded by Scottish, Anglophone communities. It’s funny how their music grew on me.

How, when and why did you get involved with music?
I was always interested in Music. My father, Gervais Cormier, is a fantastic guitarist and bassist. I was always fascinated by music. After my 11th birthday, I got my first real guitar and it hasn’t left my side since.

Are they the same reasons you do it today?
I play music today because I can’t imagine not playing music. My life revolves around it.

What are the challenges of the vocation?
The challenge of being a musician for me, so far, has been to stay motivated through frustrating times.

What are the rewards?
The rewards are having something to call your own that people use for entertainment purposes. Knowing that people are receiving your message and gaining from it is a wonderful feeling. The rewards of practicing and getting better are that it musically opens new possibilities every time you learn something new.

What have been some career highlights?
Even though my career is still very much in its early stages, I’ve had the honour to play at Celtic Colours International Festival the past 4 years. I’ve won the Festival Drive’ers Association’s Big Sampie Award, which granted me recording time to make my debut album. I’ve also had the chance to share the stage with Troy MacGillivray, Colin Grant, Jason Roach, Scott MacMillan, Ben Marmen, Douglas Cameron, JP Cormier, Gervais Cormier, Cyril MacPhee, etc

How did the new recording come about?
The recording was sponsored by the Celtic Colours International Festival driver’s association and Lakewind Sound, who, together gave me 6 days in the studio to make a debut album.

What was the process like?
Working at Lakewind was absolutely amazing. My album has 6 original compositions and 5 Celtic medleys. I did a composition with Gordie Sampson. It’s a folk/nu-jazz tune on which Gordie played the Rhodes piano and mandolin. I also have Colin Grant and Jason Roach on two Tracks, Ben Marmen and Rankin MacInnis on two track as well as My Father, Gervais Cormier and Scott MacMillan doing a few accompaniment tracks. I’m really pleased with the album!

What has the response been like so far?
The response has been great. People at Celtic Colours loved it and it’s doing quite well in my hometown and the surroundings. I’m looking forward to releasing it in Halifax and abroad.

What makes a good song?
A good musical work is one that you can listen to with little effort or stress. It makes an impression and stays on the listeners mind. It must have something for a wide audience to latch onto and remember. Otherwise, the information enters one ear and leaves out the other. A good musical work for me is also one with a purpose. Meaning that it has a specific Meaning or message, harmonic and/or melodic ideas that render the work interesting, mathematical patterning, etc.

What’s ahead on your creative agenda?
I’m completing a bachelor degree in guitar performance at Dalhousie University, and I’m working as a performer, arranger and composer with the new group Nova Scotia Guitar Quartet. We’re working on songs from the classical repertoire, jazz repertoire, classical crossovers and pieces written for us. I’m also working with a funk / folk / jazz / world-music group Patchwork Affair; which is also based out of Halifax. I hope to stay busy as an accompanist as well as get a new Celtic band as well, which is still in its very early stages, up and running in the New Year.