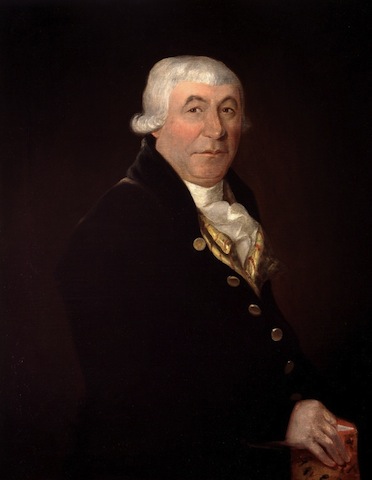 To most people, the name Montreal evokes French culture. The city is famous as the economic and cultural heart of the province of Quebec and French is the official language. But the Scottish contribution to Montreal has also been significant and it’s this contribution that will be reflected and explored by a new academic Chair in Canadian-Scottish Studies soon to be based at the city’s esteemed McGill University.

It’s no accident that the new Chair will be housed at McGill as the university was founded by James McGill, a Scottish trader and philanthropist who was born in Glasgow in 1744 and who went on to make his fortune in Canada. The Port of Montreal is the largest inland port in the world and, in James McGill’s day, Montreal was the country’s hub. The university that bears his name was founded in 1821, according to a bequest in McGill’s will.

Defining the role of the new Chair and fundraising for it is the work of the St. Andrew’s Society of Montreal and Canada’s McEuen Scholarship Foundation.

“Everything that came into Canada came to Montreal – people; goods; ideas – from here things were turned around and pushed west – ultimately, creating a country,” explained Bruce Bolton, a member of the fundraising committee and Executive Director of the Macdonald Stewart Foundation.

The Scots’ contribution to Canadian health and education systems is well known, as is their defining role in building Canadian commercial and financial institutions such as the Hudson’s Bay Company, the Canadian Pacific Railway and the Bank of Montreal, but there remains much for the new Chair to explore.

“As early as the late 18th century through to the 20thcentury, the Scots in Montreal quietly made their fortunes and, in the process, built both a city and a country. Generally, they did this in a modest way and we don’t know much about the early role they actually played – this will be a focus of the Chair,” said Bolton

The proposed Chair would be the first in Canada devoted specifically to the entwined histories and present-day cultures of Canada and Scotland, he added. The organizers are aiming to raise $3 million in funding and have already raised two-thirds of that sum. The intention is for the Chair to be fully funded by December 2016 and for the first holder of the position to be hired by September 2017.

James McGill himself would doubtless approve. McGill always valued education although he left Glasgow University without completing a degree, probably because of his family’s circumstances. After arriving in Canada, his hard work and fluency in French assisted him as he navigated the rivers and lakes of the Great Lakes frontier, wintering in unmapped wilderness.

After making his fortune, McGill settled in Montreal and, in December, 1776, he married the widow Charlotte Trottier Desrivières, becoming stepfather to her two young sons. He continued in the fur trade, but also encouraged general trade and pioneered the export of goods to Britain.  Committed to public service, McGill was a magistrate of Montreal, a member of the first Parliament of Lower Canada and a member of the Governor’s Executive Council.  During the War of 1812, he commanded the militia that defended the city, helping to stymie the American plan to annex Canada.

McGill died in December, 1813, leaving Burnside, his forty-six acre country estate and £10,000 to the Royal Institution for the Advancement of Learning to establish a university or college in Quebec.

Today, McGill’s remains are buried in front of the Arts Building on the downtown campus that used to be his Burnside country estate. Young people stream by, books in hand, and it’s hoped that the new Chair will help pique their interest in Scottish-Canadian history.

“At the time of James McGill, Scotland itself was entering an intellectual renaissance that effectively changed the modern world,” said Peter McAuslan, Committee Chair. “To understand the impact of the Scots on Canada is to give insight into the nature of our past and perspective on our future.”