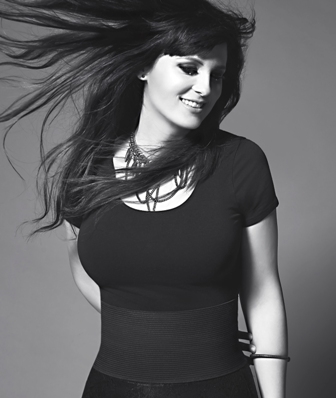 “I hope people feel amazing when they listen to Have A Heart. I hope they love it. I hope they find themselves in it. Music is about connecting, and I want to connect with millions of people.”

Meaghan Smith was coming off her 2011 Juno Award win for Best New Artist.  It was for her critically acclaimed album The Cricket’s Orchestra, which had been lauded for its honest, insightful songwriting and vintage sound.  Despite all this, Meaghan wanted to take a chance. She knew that she wanted to make an entirely different album; a pop record with big choruses and ambitious production – it was the best way for her to connect with more people than she ever had in the past. This meant moving outside of her comfort zone and working with new collaborators on songwriting and production. This was not going to be easy. Meaghan’s recent attempts at working with co-writers hadn’t been productive, so she wasn’t optimistic that someone else would be able to help her capture what was in her soul and turn it into big, lush pop songs.

Even with these concerns Meaghan knew she needed to try something new.  Working with her musical partner and husband Jason Mingo she spent months searching out different producers and co-writers, trying to find just the right sound for the music she heard in her head.  She travelled around the world, spending time in London, Amsterdam and New York and LA. In London, she worked with Ash Howes (Ellie Goulding, One Direction) to lay the foundation for three songs that would eventually make the album, but she ultimately ended up in Toronto to write and record the album with Jason Mingo and Warner Music Canada’s head of A&R, Ron Lopata.

“I wasn’t sure about working with my husband and an A&R guy. I have all the faith in the world in them both, but you have to admit it’s an unexpected team of collaborators, at least it was for me. But it just worked so well. Both Ron and Mingo get me, as co-writers and as producers,” says Meaghan. “They understand that I need to express my own deepest feelings in my lyrics. Mingo brings patience and attention to detail to the mix. He spent hours programming drums, creating vocal effects, editing tracks, laying down guitar parts and other instrumentation. Together he and Ron came up with amazing chords that I found inspiring and exciting to write on. Ron can play anything on a keyboard and is a master of hooks. He is also incredibly determined, not giving up on my ideas till we had found the exact sounds we were looking for.”

As she has in the past, Meaghan drew upon her own life experiences when writing this album, with her relationships taking centre stage.  The result is Have a Heart, an album full of honest, personal songs that sound contemporary, yet retain a hint of Meaghan’s love of all things vintage.

Have a Heart maintains Meaghan’s romanticism and envelops it in a unique pop production.  One standout track, “Mirror” is a powerful love song which speaks to the beauty that exists within us all, even when we can’t see it ourselves. “I wrote that song in a night. I just started thinking about all my friends who go through times when they honestly don’t know how wonderful they are.  I just think everybody has those moments when they need to hear that they are amazing and inspiring.”

For many, the most noticeable change in Meaghan’s sound will be heard on the first single. “Have a Heart” hits on a classic Meaghan Smith theme with the lyric “Love can be sweet but it might fall apart, but you’ll only feel the beat if you have a heart.”  Of the song, Meaghan says “To me it means to be brave – to feel things.  You’ll only be a part of life if you take chances. Go for that thing that you really want. It’s terrifying, but that’s how to live.”

That sentiment is something Meaghan brought into her own life when making the album. “Have a Heart is about taking a giant risk. That’s what I’m doing with this album. It’s such a drastic change. My heart beats faster every time I think about it, but that’s how I know I’m alive. Forget the net. Just jump and see what happens.”