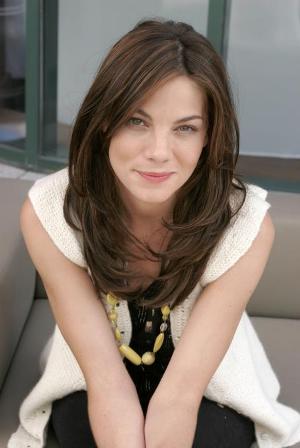 With HBO’s hit series True Detective, Irish-American actress Michelle Monaghan made a name for herself. Recently she spoke with Celtic Life International about her Celtic roots and her latest role.

The extremely popular, hard-boiled television sensation, True Detective, may be set in the United States, but it may well be one of the most Celtic TV shows out there at the moment. Monaghan, who is of course of Irish descent, stars across from the Scottish-Irish-American actor, Matthew McConaughey. Maybe the show should be renamed True Celtic Detective.

True Detective centres upon a reopened inquiry into a grizzly 1995 ritual killing. The detectives who solved the original investigation, Rust Cohle (Matthew McConaughey) and Martin Hart (Woody Harrelson), are questioned again 17 years after the initial case, and find themselves drawn back into a world they’d attempted to leave behind. Monaghan plays Maggie Hart, the resolute wife of protagonist Martin Hart. The couple’s domestic troubles aid the unfolding narrative and it’s a role that Monaghan is taking seriously.

In some ways the gritty series is diametrically opposed to the real life of the 38-year-old mother of two. In no way is she anxious to leave her small town roots behind, but rather still pines for the Iowa township she hails from – not to mention for her ancestral home.

Hailing from Winthrop, an Iowa township of just 700 people, Michelle Monaghan’s regional familiarity is two-fold. For those of an Irish disposition, her name is as recognisable as her face, in that her family originally hails from the town of Monaghan in County Monaghan, Ireland. With such prominent Celtic roots, she has a history of being vocal about her ancestry, “I’m proud to be Irish and I’m proud we kept the ‘g’ in our surname. I know quite a few Monaghans that got off the boat and dropped it right away. My family didn’t.”

Preserving the “g” may have kept her in line with Irish audiences, but that’s not to say a Celtic following wouldn’t have known the actress from her screen performances. Monaghan’s roles as Angie Gennaro in Gone Baby Gone and Christina Warren in Source Code received nods from high places and she’s become known for mediating between high intensity dramas and lighter rom-com roles. Obviously, True Detective is one of the former.

With the season now aired and enjoying real success, the actress and her young family are based in the depths of LA. But the lights of tinsel town can seem a little removed from her Midwest home town – not to mention the ancestral County Monaghan.

“I love the sun and warm weather out here and even though I really didn’t enjoy the very cold and snowy conditions in Iowa, you do get nostalgic for the fall. The blue skies out in the Midwest are the most beautiful thing on Earth. I still have these intense memories of watching sunsets out over the wheat fields.”

She may be wistful for the wheat fields of Winthrop, but what’s next on the agenda for Michelle? We hold out hope that she’ll hop onto a boat and shoot an Irish film. After all, she’s been eager in the past.

“To be given that kind of opportunity and acting challenge – I would probably cower in the corner a little bit and then I would come out swinging. I would love that opportunity. Ireland still means so much to me – it’s a magical place and when you have ancestry that takes you back to a place, it offers such fantastic emotions. It’s like you can touch the ground and feel a bit of your history.”

Monaghan rose through the ranks to become a respected face in Hollywood. Unafraid of taking chances, she left university just months before graduating with a degree in journalism, pursuing instead her ambitions in modelling in New York City. A younger Monaghan graced the pages of clothing catalogues before securing small-screen roles.

Since then she’s gone on to star across from Tom Cruise in a couple of the Mission Impossible films, among other movies. But she says True Detective is the best project she’s been involved with to date. “It’s so well written and directed that every scene takes on a deeper meaning than you expect. It’s always great when you feel you’re part of a project that is pushing the envelope when it comes to storytelling.”

And when it comes to her co-stars, she’s not complaining either. “Matthew McConaughey’s a very easy-going guy. He’s someone who has his own very enthusiastic approach to life and he loves being in the moment, enjoying whatever he happens to be doing. I come from a very small town and I felt I could share that kind of sensibility with him.”

“Woody Harrelson has a different kind of personality. He’s more boyish and soft-spoken. But it felt strange working with him and having all this tension between our characters. We’ve been friends for a long time and we’ve always had this wonderful rapport together. Then we have to do these very harsh and tense scenes and afterwards we’re looking at each other like, ‘I didn’t know you can get so angry.’”

When it comes to Monaghan’s own character, however, the show has faced some criticism concerning the development of the series’ female counterparts. But the actress is fast to defend Maggie. “Maggie is the most emotionally developed character between the three and she serves as a bridge between Rust and Marty. She understands what has been going on with the two men while they have no idea about how capable and strong she really is. Maggie also has to deal with the huge gulf that separates both men.”

As the series progresses, different strands to her character are unveiled and the men of the show are seen to have underestimated Maggie. All this culminates in a rather steamy sex scene, described by Michelle as “not Maggie’s finest moment.” Was getting up close with Matthew McConaughey really so bad?

“Not really!” she laughs. “I think that when you do those scenes you should just stop thinking and get on it with it. So we just went for it and tried to bring this raw energy and explosiveness to it. We shot the scene for the best part of the day and in the end you just look at each other and kind of laugh!”

True Detective, along with House of Cards and Breaking Bad, is playing its part in rerouting the direction of mainstream television of late. However, what makes the series so distinctly different from the rest is its parallels with Hollywood crime films and 1940s film noir. This sentiment is clearly shared by the leading actress.

“The way we worked felt like we were making a very long movie. Director Cary Fukunaga has mainly worked on films and he brought a complete vision to the series as opposed to having several different directors which is the case with many episodic series.”

Of course, being modest, Michelle is fast to praise the cast and writers too, citing writer and creator Nic Pizzolatto as an inspiration. “He wrote every episode, which is unusual, and also helped give the narrative so many more overlapping layers.”

The production of True Detective was remarkable in another way for the actress. Two months into filming, Michelle found out she was expecting her second child. “I didn’t say anything to anyone on the show because I felt it would be a distraction from the work, which was so intense.”

She explains, “We wrapped the show when I was at the end of five months, and it never became an issue because I didn’t have morning sickness. The only person I told was the costume designer because towards the fifth month your clothes need to be a little looser!”

Rather, the talented actress took the extra few pounds her pregnancy afforded in her stride. “What was funny is that because the narrative of the series spans 17 years, it was actually a good thing that I gained weight because we shot the past scenes first and then went to the present. So it made perfect sense that when you see Maggie in the present, she’s 50, and she’s 10 pounds heavier. It was perfect method acting!”

Method acting it may resemble, but pregnancy can be hard at the best of times. Were there ever any moments on the set when the baby bump made its way into a scene? “Only a few times towards the end. That’s the funny thing, because around five months you start to feel the movement of the baby. There was this really intense, emotional scene that I was doing with Woody, and the baby kicked me, but it was the first time I felt it.

“When I went to the camera monitor and looked at the close-up, I saw that my eyes dilated when that happened; it totally took me out of the scene. It took everything in my power not to have this big grin on my face because for five months you’re thinking, ‘Is this thing real?’ And then it actually lives, and you’re like, ‘Aww, here you are.’”

And where Monaghan is today isn’t a bad spot at all: A Celtic inspiration at the top of her career, balancing work and family, heritage and contemporary life – a role model for many.