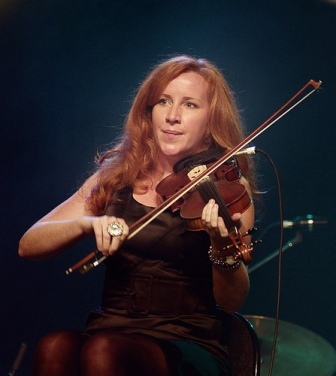 The forecast is frigid for Regina, Saskatchewan this weekend – temperatures are expected to hover from -14 to -27 Celsius – but the city’s annual Mid-Winter Celtic Festival, which begins tonight, is sure to bring some heat. Event director Iain MacDonald explains.

What are your roles and responsibilities with the event?
I am the organizer, and have been since about 1992-93. I book the entertainment, plan schedules, seek funding and sponsors, and occasionally do some performing.

What is the event’s core mandate?
The event is a fund- and profile-raiser for The City of Regina Pipe Band. It started as a fundraiser for the Regina Folk Festival in about 1990, and they decided to drop it after a couple of years, so the band picked it up, along with a local Celtic band called “Iron Brew” of which I was a part.  Over the years, it has served to be a connection between the pipe band and the wider Celtic community. We invite local bands, dance groups and associations to take part in the events, and we try to give them all profile on the Festival web site and at the “SaskTel Community Stage.”

How has it grown over time?
It got to be pretty big during what I would call “the Celtic wave” in the mid-to-late 1990s, and since has gone up and down according to who we have booked, and what opportunities exist for workshops and other events. This year is the biggest in awhile, with 3 nights of events and workshops and performance all day Saturday.

Who attends the gathering?
Local, southern-Sask people, and we often get visitors from Montana and North Dakota coming through. This year, we’ve had ceilidh and workshop bookings online from Alberta already. There is a mix of Scottish piping and dancing folks, Irish dancers, and lots of people interested in Celtic, roots and bluegrass music.

What can they expect to experience this year?
We have 3 great nights of music. Thursday is a concert called “A Feast of Fiddles” featuring Troy MacGillivray, Karrnnel Sawitsky, Gordon Stobbe and JJ Guy in concert at the Unitarian Centre in Regina. Friday night we have two shows: a free one at O’Hanlon’s Irish Pub in downtown Regina (after work); and then an informal session at The Knottted Thistle Pub in south Regina. Saturday from 11am-3pm we have a range of community performance groups playing on the SaskTel Community Stage in the main downtown shopping Centre, and also Cape Breton fiddling and ste-dance workshops with Wendy MacIsaac and Mairi Rankin at the Travelodge Hotel. Saturday night is “The Mid-Winter Ceilidh” and will feature Wendy and Mairi in concert together, plus The City of Regina Pipe Band and guests, and will finish off with “ceilidh tunes” from anyone willing to play!

Why is it an important event for the Celtic community there?
This is a long-established winter festival that brings together a lot of diverse groups, and also provides a community performance outlet for local Celtic groups to develop membership and interest in Celtic arts.

What are the plans for the event in the years ahead?
It’s always year-to-year. The main plan would be to develop a wider planning committee so that the organization can be spread out a bit, and allow the Festival to take advantage of a wider range of ideas and experience.

Is enough being done to preserve and promote Celtic culture?
I think people do what they can. What is going to be really important in the future is to develop really good youth programs for music and dance to keep things going. Right now there is in general a large focus on adult learning and participation, which is great too, but I think the future depends on more kids getting deeply involved, especially in pipe bands and music generally.

What can we be doing better?
I’d like to see more programs available for youth, and one venue for this might be by partnering with schools.