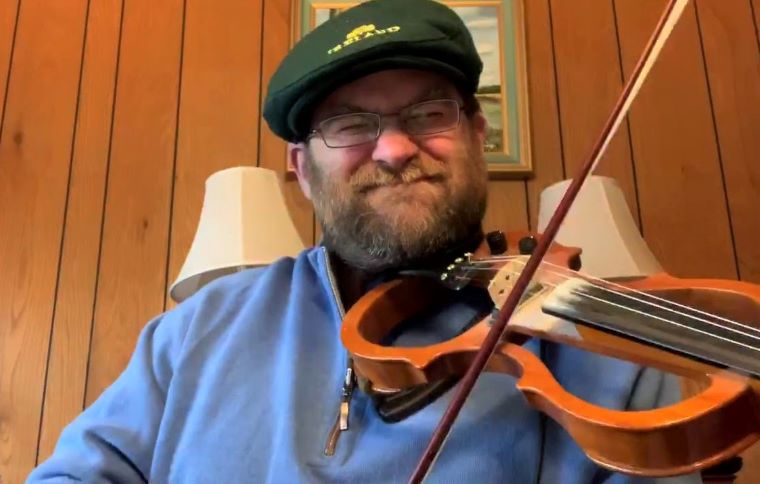 It is no surprise that Mike Ferry found a home playing the fiddle.

“All four of my grandparents came from Ireland,” he tells Celtic Life International via email. “Three of them were born in Donegal and the fourth came from Cork, and so I have been playing the instrument since I was four years old – 38 years now. While I started out playing in the classical style, I eventually gravitated towards different ways of playing the instrument, including Irish traditional, pop rock, country/bluegrass, and alt-country.”

Regardless of style, the Richmond, VA resident always returns to his one true passion – perfecting the unique sound of the Donegal fiddling tradition.

“Donegal has had as much of an impact on me as any band or individual artist. I am blown away by both the quantity and quality of Donegal’s traditional musicians, and I have worked very hard to develop the style and sound of their fiddling tradition. I would say that I am close, but we all have room to grow, right?”

He has also found inspiration from an eclectic group of musicians, including the Chieftains, the Beatles, Ladysmith Black Mambazo, Buck Owens, and more.

Splitting his time between a German acoustic violin and an amplified electrical violin, Ferry has enjoyed a fruitful career.

“Music has allowed me to connect with so many fascinating people and places over the years.”

“I have toured throughout the United States. Some of my musical works have appeared on television shows like Dawson’s Creek, The Real World, and Scrubs. My first book, Teaching Happiness and Innovation, was featured in the Washington Post, the Huffington Post, Newsmax, the Christian Science Monitor, and radio shows and podcasts around the world. I have even had the pleasure of doing a few interviews on Highland Radio in Letterkenny, Donegal.”

Earlier this year, Ferry released his fourth studio album, From Ulster to Appalachia. A deep exploration of Celtic culture and music, the 14-track recording has been described as “techno-trad” and incorporates several musical styles. 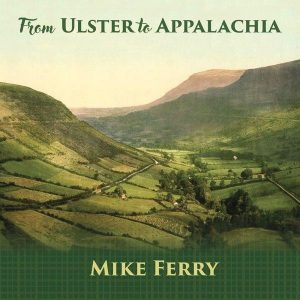 He adds that the possibilities are endless when it comes to blending Celtic traditional music with other styles.

“The Chieftains – probably the most important Celtic ensemble of our time – collaborated with artists of many genres and nationalities and expanded the reach of Irish music around the world. It has been exciting to follow in their footsteps, and I am looking forward to bringing together musical ideas that were previously separate.”

From Ulster to Appalachia has already received great acclaim from listeners, including one review from Ferry’s biggest critic of all – his wife.

“She likes it! At least, she says she does! I have also connected with someone who heard one of the tunes on the radio and thought it sounded like Brazilian music. I think that is pretty cool.”

Ferry feels confident that interest in fiddling remains strong, especially in Ireland. Gweedore – the area of Donegal where his family originates – is home to An Crann Og (The Young Tree), an organization that encourages younger people to participate in Irish dance and music.

The scene in North America, however, is much different.

“Here, many young people start playing classical violin at an early age, but most will quit within a few years. Classical music is very rigid and rule-based, whereas fiddle playing is a bit more open-ended. I believe that young violinists would stick with the instrument if more of them started out playing traditional music instead of classical music.”

With the COVID-19 pandemic still very much “in the driver’s seat,” Ferry admits that his plans for the coming months will look a bit different.

“Unfortunately, in-person performances will have to wait for a while. I will be setting up virtual concerts, though. My first band, Weekend Excursion, will also be releasing our cover version of “The Devil Went Down to Georgia” and working on new material for an upcoming album. There is always a new musical mountain to be climbed, and for that I am grateful.”