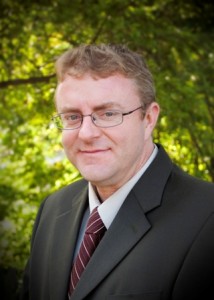 The heart of Wisconsin is going green this weekend as thousands of Celts from all walks of life gather for the annual Milwaukee Irish Fest. Recently we spoke with the festival’s Executive Director, Patrick Boyle about this weekend’s festivities.

What is your own ethnicity / heritage?
I have deep roots in Milwaukee and Irish heritage. I was born in Milwaukee and I currently reside in Cedarburg with my wife and son. I earned two undergraduate degrees from the University of Wisconsin – Milwaukee. I also hold a masters degree in public administration from the university. I have a love of Irish culture. I have a deep passion for exploring and celebrating my Irish and Irish-American heritage, which directly aligns with the mission of Irish Fest. My wife and I are actively engaged in the Irish-American community. She writes for the Irish American Post.

When and why did you get involved with this event?
I was one of more than 4,000 volunteers that travel to Milwaukee from 29 states and Canada to staff the grounds during Irish Fest.  I have been attending the festival since its beginning. This year’s festival will be my first as Executive Director. I officially assumed the role of executive director of Milwaukee Irish Fest in early September of last year, however, I attended the festival in August. My experience during the festival was remarkable. I met with volunteers, sponsors, visiting dignitaries and other stakeholders. Many of the volunteers are professionals who spend most of their lives working in offices, stores and banks. Many are even appointed to leadership positions. I am honored by the opportunity to serve the Milwaukee Irish Fest family and community. My past professional work made me an ideal fit for the executive director position. I spent six years as the Executive Director of Riveredge Nature Center in Saukville, Wis. I was responsible for overseeing the day-to-day operation of the 389-acre preserve, including strategic planning, fund development, grant writing, staff development and operations. Prior to that, I was the City Administrator in Cedarburg, Wis. where I was responsible for planning, coordinating, and directing the municipal administration of the city. For the past 12 years, I’ve had success working with a wide range of stakeholders including: staff, volunteers, sponsors, government bodies, community organizations, board members and more.

What are the challenges of being involved?
Part of my mission is fostering and building partnerships with businesses, non-profits and other organizations. Irish Fest offers a tremendous opportunity for businesses to reach a great audience and a good demographic year-round through the programs we offer. Whether it’s the Irish Fest School of Music, Breakfast with Nick McFest or Irish Fest Family Day in the Village, we are always growing and always adding events at other times of the year.

What are the rewards?
I have lots of experience working with volunteers and family-based organizations. It’s what inspires me: working around those who dedicate their time. I am excited to work alongside the dedicated team of staff and volunteers to build on the success of the festival as well as the organization’s year-round programming. This year’s festival takes place August 15 – 18, 2013 at Henry W. Maier Festival Park in downtown Milwaukee. Milwaukee Irish Fest is recognized throughout the world for its effort to promote Irish music, heritage and culture. It’s exciting to be a part of such a world-class organization.

Why is it an important event for the community here?
From tourism to commerce to camaraderie, Irish Fest delivers. The economic impact to the city of Milwaukee is huge. Additionally, many of our guests are inspired to visit Ireland or other Celtic nations after coming to Irish Fest. It’s also the largest gathering of friends, family and all who love Irish culture.

What can attendees expect this year?
Milwaukee Irish Fest is a celebration of all things Irish – from the music to the culture, to the sports to the food to the family fun. If you’ve never been to Milwaukee Irish Fest you cannot fathom its size, comfort and scope. The event takes place on the 75 acre Henry Maier Festival Grounds (also home to the world’s largest music festival – Summerfest). This is so much bigger than an outdoor street festival. We have permanent stages, sit down restaurants and more. Music is at the heart of the festival. We have 100 acts on 16 stages covering all types of music from traditional Irish bands to folk and contemporary music to Celtic rockers. In addition to festival favorites like Gaelic Storm and the Red Hot Chilli Pipers, we have some exciting new acts like: The Willis Clan – an award-winning band of seven family members under age 21 whose reality TV show premiered on GAC this summer, Creel – the house band at Raglan Road Irish Pub in downtown Walt Disney World, JPTrio with Niamh Farrell – a young, traditional band from Ireland, Ronan Tynan – who sang with the famous Irish Tenors, Carlos Nunez – a world-renowned piper from Galician Spain who has played with the Chieftains, and Manran – a Scottish band who recently performed their infectious blend of traditional and contemporary music at the 2012 London Olympics. Every year, we highlight a unique aspect of Celtic culture. This year we are featuring Nova Scotia, the Canadian province whose name means “New Scotland.” Nova Scotia artists will be found on stages throughout the festival. Guests will be treated to a Kitchen Party with Nova Scotia artists on Thursday night. A tradition in Nova Scotia, a Kitchen Party is a musical jam session typically held at someone’s home. We are a family-friendly festival. We have free activities such as: a Leprechaun Village, Celtic Canines area, tea times for kids, Highland games (toss a log or a Wellie), Pot ‘O Gold fishing, Lilli-Putt miniature golf, free crafts (Legos, decorate a potato) and a Paddy Passport program. New this year is a magician and comedic duo, The Fanzini Brothers. As always, kids 12 and under get free admission to the festival. Guests can certainly celebrate Irish and Celtic here. Culture abounds throughout the grounds at Irish Fest. What many people may not realize is that we even have a dedicated Cultural Village on the south end of the grounds. Guests can: learn about their heritage in the Genealogy area, catch some theatre or dance performances, enjoy shopping more than 90 Irish vendors, learn to Gaelic phrases in the language area, visit the Harp Stage to see musicians playing harp, explore fine authors in the Literary area, experience sports including tug-of-war, currach races and hurling demonstrations, or peruse the Ward Irish Music Archives and check out a new exhibit on the Irish in Rock. When it comes to food, we have a variety of traditional favorites like corned beef, Irish stew and baked potatoes, the festival is always cooking up a variety of new food and drink specials. New items for 2013 include: Irish-themed gelato (Bailey’s Irish Cream, Mint & Dark Chocolate), Paddy’s Chicken (chicken breast glazed in a whiskey sauce), specialty coffees (Irish Nut Cappuccino, Hazel Nut Espresso and Shamrock Mocha). The new signature cocktail this year is the Celtic Breeze (Jameson Irish Whiskey with cranberry and apple juice). Other popular mixed drinks found on the grounds include the Jamorita (margarita made with Jameson Irish Whiskey) and the Bloody Molly (a Bloody Mary made with Jameson Irish Whiskey).

How else are you involved with the Celtic community here?
Milwaukee Irish Fest is more than just a festival – we are a year-round organization focused on bringing a love of Irish culture to all people. We do this through programming that includes the annual festival, a music school, archives, concerts, family activities and more. We house the largest public collection of Irish music in America – the Ward Irish Music Archives. The archive currently consists of more than 40,000 Irish music recordings and pieces of memorabilia.  The diverse collection focuses on subjects such as Irish traditional music, Irish folk songs, Scottish music, and Irish contributions to American popular music. We also run a Music School and offer music and cultural instruction as part of our annual Irish Fest Summer School. Personally, I have also served as a volunteer for the St. Patrick’s Day Parade in Wauwatosa, Wis. I have even tried my hand at Gaelic football and hurling.

What can we be doing better?
Our organization’s vision is to be the premier organization in the United States in the promotion and preservation of Irish heritage. We constantly strive to promote and celebrate all aspects of Irish culture and instill on future generations an appreciation of Irish heritage. We are going through a strategic planning process now to determine where we should be prioritizing our efforts in order to position ourselves as thought leaders. Last fall Milwaukee Irish Fest together with The Irish Institute Center for Irish Programs Boston College hosted a cross-cultural exchange and idea-sharing event with cultural officials from Ireland and Northern Ireland on the connection between the arts, commerce and tourism.

What does the future look like for the event?
Being deeply involved in the music scene will continue to be important. We send our volunteers to Ireland and other Celtic countries to hear and select the best Irish music acts. We find the best in the world for traditional and folk musicians as well as the greatest in new music and rock by attending multiple showcases and performances put on by top musicians in other countries. Strong relationships are also an important element of the future success of our organization. We frequently interact – and will continue to interact – with a variety of dignitaries, political, civic and religious leaders and arts and tourism officials from the Republic of Ireland, Northern Ireland, Scotland, Great Brittan, and Canada – particularly Nova Scotia.