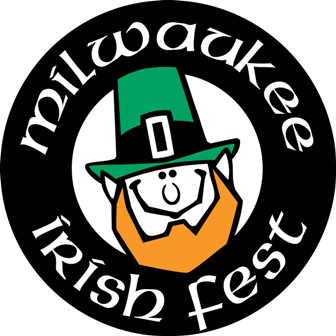 If you’re all about the music, head to Milwaukee this weekend. You can join 125,000 others who annually head over to the state’s Irish Fest, a massive celebration of music featuring more than 100 Irish and Celtic acts. The festival combines well-known artists such as Gaelic Strom and Sharon Shannon (formerly of The Waterboys) with shows from emerging bands. This year, a Scotland showcase includes Manran, Skerryvore and the Red Hot Chilli Pipers (not to be confused with the rock band The Red Hot Chili Peppers). The Smithsonian Institute has called the festival “the largest and best Irish cultural event in North America.”

In the early 1980s, the festival was in the vanguard of the revival of Irish and Celtic music, according to festival executive director Patrick Boyle. For 33 years, it has sought out the best folk and traditional artists Ireland has to offer, presenting many distinctive styles of music. At the same time, the festival has successfully bridged the gap between Irish music and its “pan-Celtic cousins,” with music from Scotland, Great Britain and Canada. Boyle says, “Many Irish and Celtic festivals in the US have drawn on the Milwaukee Irish Fest for their inspiration to develop events of their own.”

The festival has made strides in becoming a year-round organization. One of its most important initiatives is the housing of the Ward Music Archives, the largest public collection of Irish music in America. The archive currently contains more than 40,000 Irish music recordings and pieces of memorabilia and focuses on subjects such as Irish traditional music, Irish folk songs, Scottish music and Irish contributions to American popular music.

Overall, Boyle says, the festival has come to “represent a time that we look forward to all year round, when we can enjoy great music and food with family and friends at an unbeatable venue along the beautiful shores of Lake Michigan.”