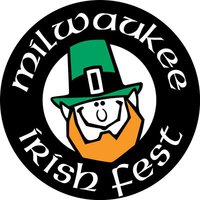 The mission for Milwaukee Irish Fest is “to promote and celebrate all aspects of Irish culture and to instill in future generations an appreciation of Irish heritage.” The festival itself has the dual mandate of both entertaining and educating. This has been the format/mantra from the very start. As the festival grew over the years from about 40,000 to 120,000 plus, the basic formula of presenting Irish and Celtic music, dance and culture (in all its forms) is still a hallmark of the festival and has since been adopted by many other successful Celtic festivals in the U.S.

As the festival’s reputation grew, so did its reach – throughout the U.S. and into Canada, Ireland, Northern Ireland, Scotland and to the European mainland. From the very beginning, Irish Fest staff and volunteers aggressively pursued new artists, emerging artists and cultural and governmental contacts through trips abroad, to other festivals, to showcases and conferences. It is through this proactive outreach and the formation of partnerships/friendships that Irish Fest has grown over the years. In addition, the focus on family has always been an underlying strength and attraction of the festival. We encourage family reunions on the grounds and provide a wide variety of family-friendly activities, including arts and crafts, children’s entertainment, parades, fireworks, contests (freckle contest, red hair contest, baking contest, etc.) and even a Leprechaun Village where kids (and adults) can learn about Leprechauns and see how they live. Clearly the extent to which the festival and the organizations year-round activities leave a legacy in the bloodstreams of our youth is a major measure of our success and growth over the years. Our growth can also be tied to the more than 4,000 volunteers who are the lifeblood of the festival and the organization. Our volunteers are passionate about the festival and are committed to fostering a love of Irish culture. This passion is passed down from generation-to-generation – sometimes three or four generations deep. Finally, the festival has clearly benefited from the fact that English is the dominant language of Ireland. Since much of America’s popular music has such a strong Anglo/ Celtic influence, it allows us to appeal to a broad audience with a variety of musical genres. In other words, you don’t have to be Irish or Irish-American to appreciate Irish music. The popularity of Irish folk music grew concurrently with the popularity and success of American roots and folk music. It was not a stretch to have the Kingston Trio, Limeliters, Brothers Four, Highwaymen and Tom Paxton at the festival. They were right at home. But it was the new and emerging traditional music of Ireland that was new to audiences in the U.S. in the early and mid-1980s.

The Ward Irish Music Archives – through its efforts to preserve and promote the many contributions of the sons and daughters of Ireland on American popular music – set in motion a yearly showcase of music, dance and culture which celebrates a specific contribution to America’s musical heritage. From the minstrel music of the 1840s, to the Irish songs of the Civil War, the emergence of Harrigan and Hart, George M. Cohan in the early 1900s, the nostalgia of great Irish tenor John McCormack, the crooning of Bing Crosby and Dennis Day, the overnight success of the Clancy Brothers and Tommy Makem, even the tremendous explosion of Celtic rock – all have been embraced at one of the sixteen stages at Irish Fest. Bands from Scotland have been included since 1981, Canada since 1985, and of course, when it comes to music and dance, Ireland is an island so bands from Northern Ireland have always participated. In terms of our guests, Milwaukee Irish Fest attracts a large concentration of people from the state of Wisconsin and surrounding states, including Illinois (Chicago) and Minnesota (Minneapolis/St. Paul). However, our reach goes far beyond the Midwest. We have people attend the festival from all over the U.S. and the world, including Canada, Ireland, Northern Ireland, Scotland and European mainland. We welcome approximately 125,000 people to our festival each year.

The 2012 festival features a special tribute to bluegrass music and Ireland’s influence on this unique form of American Roots music. Guests are invited to celebrate the genre’s rich past while renewing their appreciation of this style of music today. Performances will come to life on the Celtic Roots stage and the sights and sounds of bluegrass will be found in other areas of the festival, including an exhibit put on by the International Bluegrass Music Museum located in Owensboro, Ken. It’s not widely known that bluegrass music evolved out of the folk music traditions of 18th century immigrants who settled in the Appalachia region of the United States. With origins in Irish, Scottish, English and Welsh ballads and tunes, the early music had a predominant string band format dominated by fiddle, and grew to include the iconic banjo, guitar, mandolin and autoharp. Called “mountain” or “Old Time” music, it frequently accompanied rural dancing styles. As recordings and radio programs began to spread, the commercial “country music” industry was born. Over time, the center of country music was shifted to Nashville with the growing success of the Grand Ole Opry. The term “bluegrass” first came into to use in 1948 and is often credited to long-time Opry performer Bill Monroe and his Blue Grass Boys. Bluegrass has since continued to merge with jazz, gospel, country and Celtic music to produce the sound enjoyed around the world today.

What started as a festival 32 years ago has turned into a year-round organization that promotes and celebrates all aspects of Irish culture and heritage. The Irish Fest Center is the hub for year-round activities, including concerts, workshops, rehearsals and more. It is home to the following:

Since the very first festival, we’ve never been afraid to take chances, explore new areas and bring in fresh new talent. We want to stay on the cutting edge. Year-after-year, we want our guests to enjoy traditional favorites, but we also want them to be exposed to things they’ve never heard or experienced before. Since the beginning, one could count on seeing legends of Irish music in Milwaukee and many thousands would come from across America to be introduced to new artists. As we look ahead to future festivals, we will continue to look for new and exciting showcases that highlight Ireland’s music, dance and culture. We will also travel the U.S. and abroad to search for new and exciting artists we can bring to Milwaukee.