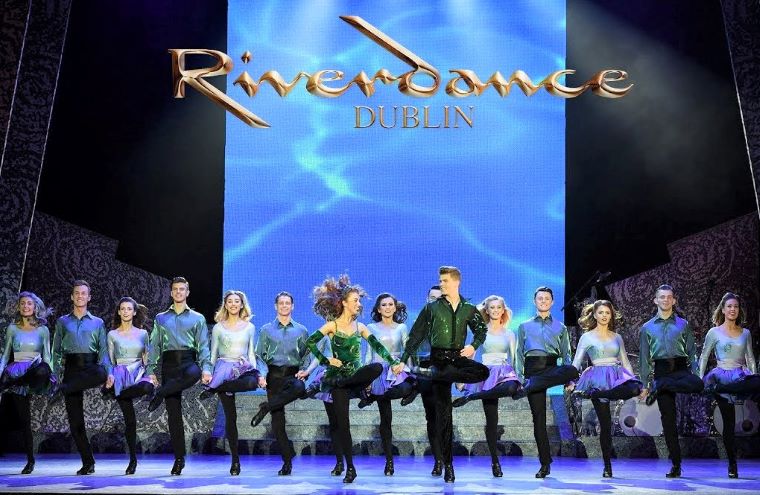 From the Celts of ancient Ireland to the founding of the Gaelic League in 1893, traditional Irish step dancing has evolved over centuries in its homeland.

However, in the modern era, there is no doubting it was Riverdance that catapulted Irish dancing onto the world stage.

Those who saw its first performance, a seven-minute interval act during the 1994 Eurovision Song Contest, can never forget the mesmerising line of dancers thundering their magical rhythms in precise time.

Changing the face of Irish dance forever, that sensational routine was the first step in a truly remarkable Riverdance journey that has seen the show performed live in 47 countries across six continents, and watched on TV by some 3 billion people worldwide.

Spawning many spin-offs, including Michael Flatley’s Lord of the Dance, the Riverdance spectacle reels and slip-jigs on, with its rescheduled 25th Anniversary Show available to see in the UK later this year and in the US next year.

The Irish dancing scene has never been as big, nor as global, and now it is also alight with a new crop of young people who are juxtaposing the traditional poses and intricate footwork with the pop hits of the moment – and it’s all going viral online.

Last year Morgan Bullock from Richmond, Virginia, was one of the first to demonstrate just how thrilling Irish dance moves can be when matched up with mainstream music.

The 21 year-old captured a wave of international attention after her dance routine to the ‘Savage’ remix by Megan Thee Stallion (feat. Beyoncé) went viral on TikTok.

TikTok has also made stars out of a group of seven lads from the west of Ireland, who have had incomparable success with their take on viral dance trends. 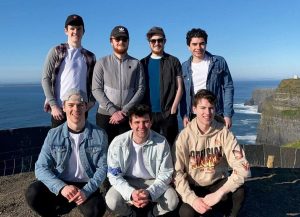 Cairde, which means ‘friends’ in Irish, have been rivals in dance competitions since they were kids. The group fuses jazz dancing, tap and even hip hop with Irish dancing to take the traditional genre to a whole new level.

They started uploading videos to TikTok during the pandemic for a laugh, soon becoming viral sensations and garnering tens of millions views and an army of followers along the way.

The group’s boy-band charm was on display throughout their performance of Bad Guy by Billie Eilish, which took place at the famous Cliffs of Moher on St Patrick’s Day this year – it was even beamed live into the UK talk show ‘This Morning’ as well as ‘Good Morning America’.

Now Cairde are formulating plans for a world tour in 2022, and with many other projects in the pipeline and their global popularity continuing to rise, the future is bright for the group of friends and college students.

Other Irish dancers repurposing traditional steps to fit modern beats and songs are the Gardiner brothers, Michael and Matthew.

US-born but now living in Galway, they created Irish dancing history in 2015 by winning their respective world titles as brothers in the same year in Montreal. They also have over 50 major championship titles between them and have performed all over the world in Riverdance.

Thanks to their Irish-dance routines set to contemporary and traditional music, the Gardiner Brothers now have a huge following on Instagram and more than 530,000 followers on TikTok.

And with even more great things to see online, it all means Irish dancing has never been as widespread, as popular, and in front of a generation that had never even heard of it before.

While the digital space has been a boon for developing and sharing Irish dancing during the pandemic, when it is safe to travel again you can’t beat seeing some hard shoe action live, whether it’s a theatre show, a dinner and dancing show, an organised event or even a spontaneous dancing display in a pub.

One of best places to see Irish dancing is at Ireland’s National Folk Theatre, Siamsa Tíre. Located in Tralee, County Kerry, it has a long history of contributing to and preserving traditional Irish dance, as well as encouraging cultural exploration through dance workshops and special events. It recently  launched a series of on-demand and live dancing workshops designed to share the captivating Munnix style of Irish dancing, which has survived since the 1700s, with fans across the world.

In Belfast, The Points Whiskey and Alehouse and the Belfast Trad Music Trail offer strong experiences of Irish dancing in the city, while in Dublin places like the Irish House Party will also let you see traditional music and dancing at its very best.

With older people still interested in connecting with their Irish heritage through dance, and younger people impressed by the unique blend of traditional dance and modern music, it seems Irish dancing still has many steps to take on its ever-evolving journey.