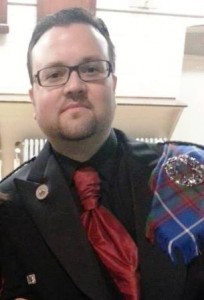 While Montreal may be gripped by hockey fever this weekend, things are heating up for the city’s Celtic community.

The intersection between cartooning and politics is bound to come up at the convention, Celtic MTL 2015, in early May. The top speaker at the convention is Terry Mosher, better known as Aislin. He is an icon in Montreal and well known throughout Canada for his outspoken editorial cartoons. Following the recent terrorist attacks in Paris, France over cartoons in the satirical magazine Charlie Hebdo, it’s a given that the subject of satire will form an important topic of conversation at the convention.

“What makes Aislin so great is that he never holds back when it comes to politicians and is not afraid to speak his mind through his art,” declares Devin Shanks, the president of the Montreal Celtic Society, who is also the organizer and host for the convention.

Aislin, of course, won’t be the only speaker at the convention. Others include Paul Birt, the chair of Celtic Studies at Ottawa University; Mike Burns, a story-teller well known for his Irish tales; and Emer O’Toole, an assistant professor of Irish Performance Studies at the School of Canadian Irish Studies at the University of Concordia.

Overall, the convention is designed to educate people about the Celtic Nations and will feature numerous Celtic societies and organizations which will showcase their heritage, along with performances, readings and more.

Shanks notes the convention holds a lot of meaning for the Montreal community as a deep connection exists between the Celts and the founding of the city. Both the Scottish thistle and the Irish Shamrock are represented in the city’s flag, for instance. He further points out that such groups as the Scottish St. Andrew’s Society and the Irish St. Patrick’s Society have been around since the early-to-mid 19th century, donating to charities and handing out education grants to support the integration of new immigrants from those countries into Montreal society.

Also noteworthy is that the United Irish Societies of Montreal organize and produce the St. Patrick’s Day parade, which is the longest running parade in North America.

“Sadly, most people believe that it’s the City of Montreal who puts on the annual parade, and this is why there is such an importance to re-educate and re-introduce such organizations to modern society,” Shanks says.

The idea for the festival came to him in October 2013. Originally, he hoped to host it in 2014, but quickly realized he wouldn’t be able to organize the event in time and bumped it to 2015. Why he decided to put the conference together is simple; “I have a passion for my heritage and I want others to experience and learn what and who the Celtic people are, by having guest speakers, musicians and artists to guide them along the way.”

Shanks himself was born in Montreal and raised on the south shore region off the island. Both sides of the family feature Scottish ancestry. The Shanks arrived in Canada in New Brunswick in 1821 via County Down, Northern Ireland.

While this might be the first year for the convention, the organizer has great hopes for it. He would like to see the show spread to other cities in Canada and the United States.

“I’m hoping this show will create a ripple effect and encourage others that it is possible to gather all the Celtic nations together to proudly showcase our culture.”

He believes conventions like his help keep Celtic culture alive, particularly at a time when he opines that not much effort is being made to reach young people.

“It’s unfortunate that the old traditions no longer pique the curiosity of the young,” Shanks shares, adding that the conference plans to feature events designed to attract a younger audience. One way will be to demonstrate Celtic culture’s influence in pop culture today, spanning everything from Lord of the Rings and Game of Thrones to writers and artists of comic books.

“For our Celtic heritage and culture to survive, we need to adapt. If not, then surely we will be only a whisper in the wind and fade into history,” he warns. “I have faith that this event will not only create awareness among new people, but among ourselves in what needs to be done.”