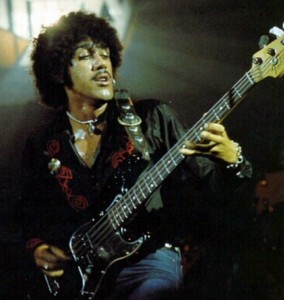 Philomena Lynott has enjoyed popular celebrity in Ireland and the UK for years. A gifted public speaker and best-selling author, she is esteemed as the sweet, straight-shooting mother of Phil Lynott,Dublin’s celebrated “Black Irishman vocalist with the unmistakable voice.”

Songwriter, bassist and frontman for 70s rock band Thin Lizzy, Lynott is revered for having penned one of the most memorable rock anthems ever, The Boys are Back in Town, a staple of both FM radio and sporting events around the world.

However, like her son’s brilliant but brief music career – one that produced more than 20UKhit singles from more than 10 hit albums in just 15 years – the 82-year-old Philomena is a relative unknown outside her native environs.

With the 2012 e-book release of My Boy: The Philip Lynott Story (Hot Press Books) -now available via online retailers – North American music fans finally have easy access to the No. 1 bestseller that sat atop the Irish literary charts for nine weeks in 2011.

My Boy is a strikingly honest review of the rock star’s childhood, rise to fame and tragic death in 1986, as told through the experiences, perspectives and opinions of his mother. It was a charmed life, she writes, “played out between traumatic events. The hardship of his birth and upbringing, and at the other end his wasting away though a drug habit.”

Philomena’s own inspiring story of triumph – one filled with its own myriad misfortunes – begins inBirmingham,England, in 1948.  A 17 year-old single white female away from home at nursing school, she accepted an invitation to dance from Cecil Parris, “a tall black man” from British Guyana.

Returning to her chair, she was shocked to find herself rejected by her girlfriends, and later roughed up outside the dancehall by two male friends. “I could not understand what was supposed to be so dreadfully wrong,” Philomena writes vividly. “Indeed, how could I have refused a man who had walked the length of the dance floor to invite me to dance? In my eyes, to have done so would have been an act of extreme rudeness.”

The young woman could never have imagined that the controversial dance – and others with Cecil in the weeks to follow – would lead to a truly “blessed event” that would change her life, and Irish and rock music history forever. “Little did I know it then, but he was to become the father of my son, Philip.”

Neither could Philomena have envisioned the drama she’d soon after face raising a black child secretly and alone in the 50s –  the scrutiny enough to force her to send the infant to Dublin to be cared for by her own mother.

In the book’s second printing, which includes new chapters and commentary, Philomena confesses to “hiding two enormous secrets that I dared not reveal.” After waiting until her mother passed away, she opens up about two more children, born to her after Philip – Jeanette in 1951, and Leslie in 1952 – both of whom were then put up for adoption.

As she states in the forward of the new edition, concealing the truth “wasn’t a new experience for me. The truth about my personal life had racked me with guilt throughout virtually all of my adult life.”

With the new chapters, her compelling account blossoms into a telling tale of triumph after a long string of misfortunes. “It is the story of how a family was sundered all of those years ago, in a way that would never happen now. And of how they came back together through a series of accidents, adventures and clandestine meetings.”

Daughter Jeanette was reunited with her biological mom just months before Phil’s death, though, regretfully, her existence was kept secret from him. Philomena’s reunion with her second son, Leslie, is a story of intriguing circumstance; mysteriously drawn to her voice on air promoting her new book, he discovered that she had the same last name as the one on his birth certificate.

Reunited with Leslie, the narrative arcs from the horror of losing an only child to the bliss of finding two long-lost children.

Sadly, the book’s finale has Philomena again struggling to muster strength through the dark days losing of her life partner, Dennis Keeley, to lung cancer. “The depths” of her past, she confesses, “had not prepared me for his suffering and wasting away.”

Since then, she has characteristically carried on, and is re-discovering and newly appreciating her late son’s music and lyrics. She has also reached out to thank all the ‘Rockers’ around the world for helping her to keep the memory of her son and his music alive and thriving to a new generation of fans. ~ by Donald Wiedman