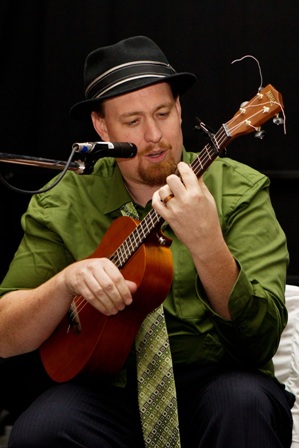 Canadian Megan Murphy and a small crew flew to Ireland recently to film a documentary called Murphy’s Law, the story of a girl broken, her dead parents, a lost and found journal, an old bike, Ireland and hopefully a little redemption. Recently we spoke with the film’s producer Kirk Lilwall about the project.

What are your own roots?
My roots are all over Europe. My grandparents were of German, French, Welsh, and Scottish decent. My dad’s mum was an Anderson and very Scottish. Her accent would creep in when she got angry though she moved here when she was little. My father was an air traffic controller which means that my family moved all over the country. My siblings and I were born at each end of the country; mys brother was born in B.C. and my sister was born in Newfoundland.

What inspired you to originally get involved with filmmaking?
I grew up loving film. My friends and I made films as projects in High School and I helped re-start and run the film festival at my University while I was there (I also made 3 films for that festival). After getting my degree and roaming the world for awhile, I decided to follow my passion and enrolled in film school. After a few years in the industry, I decided to turn my attention to Documentary.  I’ve always loved the format and felt a connection to truth of the stories they tell.

Are they the same reasons you do it today?
I still love the stories and the collaborative nature of the film industry. Working together with passionate people to tell personal stories is a rewarding way to make a living.  Documentary continues to be a fascinating and challenging way of telling stories.

How and why did you get involved with this project?
I’ve been instructor at the Documentary Filmmaking Institute at Seneca college in Toronto for the past 4 years. During my first year there as an Instructor I made a strong connection with one of the students; that student was Megan Murphy. We’ve been good friends ever since and when she approached me about helping her make this film I jumped at the chance to work alongside a friend and talented filmmaker. I also feel a personal connection to the film’s subject matter having lost a parent myself. I think many people will have a similar sense of connection to Megan’s story of loss leading to a journey to find your way in the world.

What is the film’s mandate, and what is your vision for the project?
The film is a personal story that will tell a universal story about human connections, and about connections to place and personal/family history. People often need to go back in order to move forward in our lives. Our heritage and family histories are so formative.  Megan’s exploration of her cultural and familial roots is an expression of the power these connections to our past can have on our lives. It will also tell a story about the importance of “journey” as a way to find out more about ourselves. There is something about moving outside our comfort zone, about working hard at something new, and about experiencing new (or old) things that help us as humans to understand ourselves.  The audience will hopefully connect to the film as Megan connects with her family’s deep history throughout their home of Ireland. The resonance that Megan feels exploring this place that is so steeped in personal and cultural history will (hopefully) help the audience to resonate with or connect the film to their own personal and cultural stories.

What kinds of challenges are involved in terms of production?
The challenges the film has faced so far (other than financial) are the logistics of getting Megan’s father’s bike back to a usable state, and of getting Megan, the bike, and her film crew over to Ireland to follow in her father’s footsteps by following his bike route across the Emerald Isle. I’ve also had to overcome my personal desire to comfort a friend in pain while shooting, forcing myself to get the footage.

Where do you hope to screen the film?
Once we have finished editing the film we will be hosting a screening in Megan’s hometown of Peterborough, Ontario. We are lucky to have already been given the opportunity to screen the film at the fantastic Market Hall Theatre there. We’re also hoping to screen in Ireland and we’ll likely try to take the film to festivals across Canada.

What makes a good film?
A good film, be it a documentary or fiction, is all about a good story. Stories are what we connect to as audiences and they are how we share our experiences with each other.  Our lives are made of stories and documentary film is a fabulous way to share our tales and ourselves.

Follow Megan’s journey here: http://murphyslawfilm.net
Those interested in contributing to the project can do so here:
www.indiegogo.com/projects/murphy-s-law-who-says-everything-has-to-go-wrong