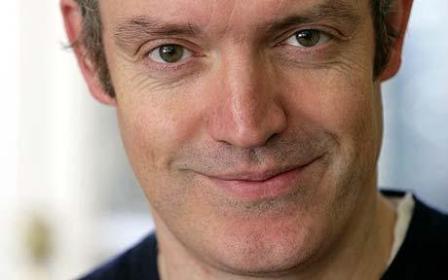 My father was Scottish, my mother was English and I grew up in Ireland. So I don’t quite know what that makes me. When they hear my mixed-up accent, a lot of people assume I’m American. I can play up whichever aspect of my heritage suits me, but I would never identify myself as English, although the truth is, since I moved to London in 1983, I’ve lived here longer than anywhere else. The McCormick clan hail from Scotland, the area of the Forth. Both my grandparents were coal miners. We don’t seem to have anyone of distinction in our historic lineage, just working peasants stretching back centuries. My parents’ generation clawed their way up to the middle class in an era of post-war opportunity that I don’t think we will see again. I think what they did was an incredible achievement, really. I spent eight years in Ayrshire in Scotland, then we decamped to Dublin. I loved it there. If I’m going to be patriotic about anywhere, it would be Ireland, which is pretty dodgy since I was born in Coventry and hold a British passport. Confused?

What inspired you to take up writing?
Reading, I suppose. I’ve been voracious since I was a child, and I delight in words, they spill around my brain, they buzz at my fingertips at the keyboard of my typewriter. I always knew I would write a book one day, but I didn’t really plan on being a writer. I was going to be a film star, rock star, pretty much anything with star in it, and maybe do some writing on the side. But all that time I wasn’t planning on being a writer, I was actually writing: songs, poems, magazine articles. Until one day I had to make a living, and found I already was making one.

Are they the same reasons you do it today?
Economics didn’t come into it as a kid. In fact, when I was an 18-year-old punk working in the art department (well, let’s be honest, I was the art department) of Hot Press magazine in Dublin (motto, “keeping Ireland safe for rock and roll”), I asked the editor if I could do reviews, and he kindly allowed me to, but it never even occurred to me that I should be paid extra for them. Now, I write for a living, and I write a lot, mainly for the Daily Telegraph. It’s nice to be heard, to feel that I am part of the conversation about music and pop culture in Britain in the world at this moment in history, but I wouldn’t be writing all that if I wasn’t getting paid, let’s be honest. I’d probably be boring my friends in the pub. But whatever I was doing, I’d still be writing, and I do still write for myself, first and foremost. I write songs and poems no-one but my nearest and dearest ever hear or see, just because they have to be written. And I’ve always got a book churning about in my mind, which, if you know anything about publishing in the 21st Century, is as close as you can get for working for the pure joy of it, ‘cause chances are you’re never going to make any money.

What are the challenges of the profession?
Journalism is an increasingly challenging profession in the age of the internet, because its worth is being devalued, copyright is under threat, and you can only pitch your particular voice and expertise into the churning mill of information that is instantaneously available to everyone and hope some will still find value in what you have to say. It’s tough out there.

What are the rewards?
To be heard. I feel very intellectually involved in my life and my field. I am constantly bursting with thoughts and opinions and questions, and I have the privilege of being paid to express all this, to be part of a public conversation. I’ve also met most of the great music makers of our time, and got to ask them questions, find out what makes them tick. My life is very full, and changes day to day. I go to concerts all the time, I travel, I listen to music and think, with quiet glee, I’m being paid to do this!

You have been involved with a number of other creative projects; books, film, music – are you still active in these areas? If so, in what way?
I’m involved in all, to greater and lesser degrees. They made a film of my memoir, Killing Bono, and that was fascinating to be part of, but it was also a process that sucked the joy out of people (it took seven years to get made, and went through many, many changes on the way) so I can’t say I have thrown myself eagerly back into the maw. I’ve been writing a novel though, which I have enjoyed as much as anything I have ever done, for the imaginative freedom it grants, the sheer thrill of expression. I make a TV series with Vintage TV (Britain’s only independent music channel) called Needle Time, which is an hour long in-depth music interview show, and that takes up a lot of my time, and I really enjoy it (it’s interesting how differently people behave in a TV interview as opposed to a press interview. They do tend to sit up and make an effort). And I still make music, the difference is that I no longer even think about it as something I do for a living, it’s just something I do for the joy. Occasionally I write a song, sometimes I play an acoustic gig if anyone asks, and sometimes I sing with a bunch of old rockers who call themselves Groovy Dad (because we are groovy, and we are dads) and that is the most fun I have ever had making music.

Who are your favourite musical artists of all time?
The Beatles and Bob Dylan top my lists and I would probably be okay on a desert island with the collected works of both. Or maybe not. Mostly I listen to new music because that’s my job and my pleasure. I think Kanye West is the genius of the moment. FKA Twigs is the best thing I’ve heard all year. My iPod is full of mad funk, ‘cause it stirs my soul and keeps my feet pounding when I go for a run. But I do have a soft spot for singer songwriters. I’m looking right now across a shelf of alphabetically arranged albums by some of my all-time favourites and it goes David Bowie, Johnny Cash, Nick Cave, Leonard Cohen, Elvis Costello, Bob Dylan, Neil Finn, David Gray, Joe Henry, John Hiatt, Elton John, Jackie Leven, Nick Lowe, Laura Marling, Natalie Merchant, Van Morrison, Joni Mitchell, Paul Simon, Damien Rice, Tom Waits and Mike Scott. That probably tells you a lot. And then there’s the electric guitar. I’ve got shelves groaning under the weight of Elvis Presley, The Rolling Stones, Led Zeppelin, Oasis, The Beatles, Bob Dylan and (of course) U2.

What are your thoughts on the state of the music industry today?
The mass-market global music industry as we know it is less than 100 years old and its glory days are over. It is shrinking as a business, even though there is more music around and instantly available then there has ever been in the history of mankind. That’s part of the problem. Original music as a commercial entity is overly abundant and devaluing itself, driven of course by the Internet’s total disregard for copyright. But I’m not saying any of this is a bad thing. Music is one of the fundamental art forms, it is intrinsic in who we are as human beings and perhaps the 20th century professionalization of music will turn out to have been an aberration. Music belongs to everyone, it is in everyone, everyone can make it. My dad used to play guitar and sing folk songs, my mother played piano, and that’s where my love of music came from. When I was a kid growing up in Ireland I would see fishermen playing sessions in the pubs. You know, none of those people were making money from music; all of them were making wonderful music. It’s a hard place to make a living these days and I don’t see that getting any better.

What are your thoughts on music journalism today?
As a profession, we are not much respected by the music industry itself, which increasingly tries to bypass criticism and market its goods directly to the consumer. There are less and less high profile forums for any kind of serious music journalism. It’s not well paid, and so it is left to enthusiastic amateurs to fill the bottomless pit of the Internet with trainspotterish equivocation, where everything is of interest and nothing of significance. But so be it. Everyone is a critic these days, so what do people need professional critics for? Music is no longer the central pulse of popular culture so perhaps the most interesting young writers are gravitating towards other fields. I’ve still got my beat. I’m 54, and I suppose I’m speaking to and for a generation who took this a little bit too seriously.

Have your thoughts on U2’s new recording changed since you first heard it?
I don’t think my opinion has really changed. I like it more and more.  I listen to it a lot, I think there are some great songs on there that have magical depths to be explored, but it is still essentially a pop rock album operating in a very contemporary sonic field. I don’t think it’s the equal of their very greatest work, but why should it be? Albums like Joshua Tree and Achtung Baby happen as much by accident as by design. I do think Songs of Innocence is a very good album, much more potently engaged with the moment than you would perhaps expect from a bunch of middle aged superstars.

What advice might you give young musicians, authors, filmmakers and music journalists?
Just do it, really. Do what you love because you love doing it and then good things might happen. But even if they don’t you will still have loved what you were doing. It’s tough out there, but talent will find a way.