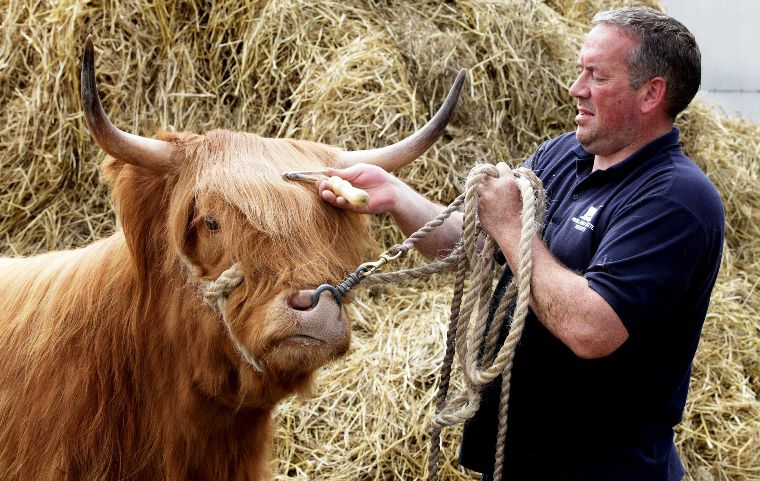 Scottish law is something of a hybrid system, combining parts of civil law and common law, and can be traced back to a number of different sources.

One of the three branches of recognizable UK law, the others being Northern Ireland law and English law, it shares some elements with the others, but has a number of its own institutions.

Prior to the 11th century, Scots law was made up of a plethora of legal traditions of the many cultural groups present in the country at the time, including the Picts, the Gaels and Norse. The roots of modern Scots law were established with the introduction of feudalism and the expansion of the Kingdom of Scotland, with Roman law, playing a greater part in Scots law from the 15th century onwards, often being adopted in court in cases of a lack of native Scots ruling to settle a dispute.

Scots law recognizes four sources of law – that is, legislation, legal precedent, specific academic writings and custom – and legislation affecting the country may be passed by the Scottish government, the UK parliament, the European parliament and the Council of the European Union. Since the Union with England act of 1707, Scotland has shared a legislature with England and Wales, despite Scotland retaining a fundamentally different legal system from England. However, the reconvening of the Scottish parliament and the Scotland Act of 1998 means that the country is able to pass legislation within every area not reserved to Westminster.

There are a number of important differences between Scots law and other branches of UK law, in areas including but not limited to criminal law, evidence law and family law. Other major differences include the use of a 15-member jury in criminal trials, the age of legal capacity and the third verdict of ‘not proven’ available in trials.

But what of the lighter side to Scots law? There are a handful of laws that existed many years ago that, technically speaking, have not been repealed and in some cases, weren’t even legally passed due to the common law element of the Scottish system.

In Scotland, it is illegal for a boy under the age of 10 to see a naked mannequin
The mind boggles at the very mention of this ‘law’, never mind how it was policed. There are no records of anyone ever being charged for spying an unclothed mannequin, although we’re more interested in who would have been held accountable – the boy, the mannequin or the boy’s guardian? We can only assume this ‘law’ was introduced under the umbrella term of preventing the corruption of minors at some point in recent history.

In Scotland the law obliges citizens to allow whoever knocks on their door to use their toilet
It appears as though this ‘law’ was little more than a tradition, or polite custom. That said, trespassing was once legal in Scotland due to a law that allowed free passage through people’s land and it’s not entirely beyond the realms of possibility that the custom was borne from this. Initially passed to allow people to cross large areas of land belonging to neighbouring clans (which gives you an idea of the age of this law), it is now used today by hikers. Although not covering camping or damage to property – this is deemed illegal in terms of the modern trespassing law – in theory, you can walk through a farm and carry on your way perfectly legally (but we wouldn’t recommend trying it on private property).

The head of any dead whale found on the Scottish coast automatically becomes the property of the king, and the tail of the queen
Research suggests that this may well have been law at some point, along with any sturgeon that were washed ashore. The initial law covered the whole of the British coast, but given the numbers of whales recently beached on Scottish shores, it made sense to adapt it slightly. We’re told that the queen does legally own any mute swans living in open water, but no other species. It is, however, not true that anyone found to have killed a mute swan will be found guilty of treason and executed.

Any Scotsman found to be wearing underwear beneath his kilt can be fined two cans of beer
Surely a fairly recent invention, given the beer can’s advent in 1935, this has cropped up time and time again and is, we suspect, tongue in cheek – not least because we couldn’t envisage anyone being employed to enforce this law.

There are two other laws we came across that affect Scots – again, most likely little-known archaic laws that have never been officially repealed.

In York, it is legal to murder a Scotsman within the ancient city walls, but only if he is carrying a bow and arrow
There are a number of laws similar to this, including the town in Kansas state that forbids people from throwing knives at men wearing striped suits or shirts. As of April of this year, it was still perfectly legal to carry this out but thankfully there are no reports of anyone ever trying it. This law was one of many set to be included in a drive to abolish archaic laws – some 817 acts of law, and a further 50 partial acts are set to be consigned to history by the law commissions of Britain’s constituent countries.

In Carlisle, any Scot found wandering around may be whipped or jailed
This could well date back to 1157, when King Malcolm IV of Scotland surrendered lands granted to the Scots in 1136 after the Scots invasion of Cumbria led by King David I, forcing King Stephen to cede much of Cumberland and Westmorland. In the period directly after this, many Cumbrian castles were fortified as a precaution, so it seems reasonable to assume that this law is linked to the 12th century battles.