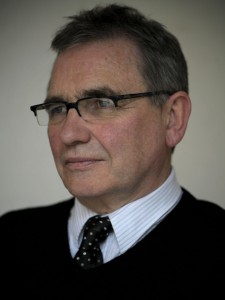 The die is cast for Scotland to have a referendum on independence, probably in the autumn of 2014. Many around the world who value their Scottish connections will find the outcome of great interest and opinions will be as sharply divided as they are within Scotland itself.

Ever since the devolved Scottish Parliament was created more than a decade ago, it’s been almost inevitable that the people would be asked to determine whether they want to take the next, much larger step. If the outcome of the referendum decides the issue a useful purpose will have been served and Scotland can start looking outwards again.

The worst outcome would be an indecisive one leading to the Quebec scenario in which no sooner was one referendum concluded than the separatist movement started demanding the next. Already, the proposed two-year campaign seems unnecessarily protracted, leading to uncertainty on daily issues that affect people’s lives.

When Tony Blair’s Labour government, of which I was a member, delivered devolution, optimists believed it would settle the Scottish constitutional question. I never did. One only had to look at precedents elsewhere, where devolution on the basis of national identity led to Nationalist parties being handed devolved power by the voters. Quebec offers the closest parallel.

The calculation that the Nationalists are best qualified to stand up to the centre by exerting the leverage that comes from the threat of separation is rational. However, when Scotland gave the Nationalists a majority in 2010, it was inevitable that as well as maximizing the grievance factor in dealing with the UK government, they would also initiate a referendum on the question of full independence. So let’s get on with it.

Yet it is unclear that even a majority of SNP voters want independence. A 2010 opinion poll suggested that 28 per cent of their supporters would opt to stay within the UK if the referendum was held tomorrow. For many years, polls have suggested that the majority against a Scottish breakaway runs at around two-toone. But much can change in two years, particularly when the Nationalists hold the levers and purse strings of  government in Edinburgh.

Personally, I am against separation. I have lived all my life in Scotland and would compete with any Nationalist if required to proclaim Scottish credentials. But I have never found any difficulty in carrying several identities. I am West Highland, Scottish, British and European – a citizen of the world. I do not want any of these taken away from me or my children.

Scotland has been bound with the rest of the United Kingdom for three centuries, in times of war and peace. All the great social advances have been made together, through shared objectives. The economic strength that we benefit from, even in hard times, comes from being part of a larger unit. The argument that we could “be like Ireland” is unconvincing.

Let us hope that we get this right, that the debate takes place in a spirit of mutual respect and that the outcome is accepted as final.

The Rt. Hon. Brian Wilson is a former Labour minister in the UK. He was founding editor of the West Highland Free Press and  is current roles include chairman of Harris Tweed Hebrides. He lives on the Isle of Lewis.