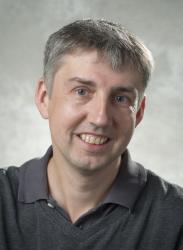 Author, historian and university professor Graeme Morton is a world-renowned authority on Scottish heritage. His first book, William Wallace; Man and Myth (2001) was praised for its accuracy and authentic examination of the famed Scot. His latest effort is Ourselves and Others; Scotland 1832-1914 is an enlightening and entertaining examination of the modern Scottish identity.

What inspired you to put this book together?
I’ve always had an interest in national identity, wondering just who the Scots thought they were in the world. I’m also fascinated by what others thought the Scots were like as a people: all kilt wearing red-heads, or dour Presbyterians, perhaps? It seemed to me that the Scots of North Britain – think of the North British Railway or the NB hotel in Edinburgh – were still so ‘Scottish’ despite over two centuries of the UK and their travels throughout an Empire upon which the sun never set. I wanted to explore Scottish identity in everyday life, looking at what the people were reading, singing, learning, and eating: what they were up to in their ordinary lives as well as at moments of high drama.

Did the work come together quickly or did you really need to work at it?
I’ve never found writing a history book to be quick and easy – more akin to the dark night of the soul. There are always so many stories to tell and pieces in the puzzle to be worked out, with ‘just one more thing’ to include. A book like Ourselves and Others is particularly challenging because it covers so much. The research started when I was still living and working in Edinburgh, with the bulk of the writing taking place in and around Guelph. Once the writing started to flow, however, then the book came together pretty quickly.

What was the most challenging aspect of the process?
Covering the best part of a century of Scottish history and writing about topics far from my own comfort zone really made me work up a sweat. To be comprehensive was a big challenge, and to present Scotland as a place of life and vigour, full of contradictions and complexities, was no easy task. And I wanted to get away from well-worn narratives to present a new version of Scotland that would interest Scots at home and those away from home in the diaspora – because it’s their ancestors that the book is about.

What was the most rewarding part of the experience?
Following my instincts that it really was possible to write a chapter on Scotland’s weather! It’s a great story, with the first attempts to bring science to bear upon the old tales of farmers and fishermen taking place in the nineteenth century, using the lighthouse keepers and amateur meteorologists as observers. That was followed by deployment of new technology to measure wind speed and the telegraph to warn of approaching storms. But not everyone thought meteorology was a great idea and Scots still deferred to God’s command of the wind and the rain. Scientists had a lot of scepticism to overcome, and this story was the real fun part in writing this book.

What did you learn during the process?
I learned a lot about why so many Scots left for a life elsewhere. Over two million migrated overseas in the period from the 1830s until the start of World War One, and many also went to England and to Ireland. The economy was doing well and more jobs were being created, but still Scots chose to leave to avoid the terror of poverty. By examining their private letters and the journals they wrote, recounting tales of other nationalities met for the first time, including indigenous peoples in New Zealand and North America, I found the Scottish character of these migrants always shining through.

How did you feel when the book was completed?
Right, now for the next one! Certainly I was mightily relieved when it hit the bookshelves. Now I just hope some people might read it – and maybe start asking their own questions about Scotland’s past.

What has the response been like so far from those that have read it?
The cover is the big draw. There is nothing like the combination of a penguin and a piper to attract the eye – and it is not just any image, but the reproduction of the world’s first post card from Antarctica, sent in 1904. Most love the chapters on topics that rarely get mentioned in a book like this: the weather, the toys children bought and the games they played, the focus on sport, the cult of the bicycle, social clubs and the music hall, as well as the rise of the Roman Catholic Church alongside Presbyterianism, the vote for women and the politics of Empire. And some of the more curious stories strike a chord: the first recording of Queen Victoria’s voice was made at Balmoral in Aberdeenshire in 1888; divorce was difficult and often followed a whiff of scandal, while marriage was still influenced by centuries-old courtship customs: in the north-east, for example, salt was a well-used aphrodisiac! There is also much interest outside of Scotland for the discussion on the diaspora, and about the Irish, the English and Europeans who immigrated into Scotland. There are no footnotes to slow the pace, and the mix of new research and fresh interpretations has gone down well.

What’s next on your creative agenda?

I’ve decided to share the load and I’m working with two younger colleagues to write a book on the Scottish Diaspora –covering the movement of Scots to all parts of the globe. It will be out in 2014, the Homecoming year and when Scotland votes on independence. It’s going to be one dramatic year in Scotland’s history, with 2014 also being the 700th anniversary of the Battle of Bannockburn – and to mark that event I’m re-visiting a previous book on William Wallace to examine the patriot’s role in modern Scotland’s national tale. So it’s going to be a busy eighteen months or so for me in front of the laptop!

What are your thoughts on the state of Celtic culture today?
If I think globally, then I believe Celtic culture is pretty strong and vibrant, but it’s changing. There has been some great research done on affinity Scots in central Europe and these folk, with no blood lineage, love the whole ‘Celtic thing’, especially if it involves dressing up, drinking, and travelling. In New Zealand and Australia, in Hong Kong and in Canada’s west coast, there are strong elements of Celtic culture mixing with local cultures in new and interesting ways. The break from the past is not complete, and I don’t think it ever will be, but new signs of Celtic culture, often hybrids of different cultures, are there to be found.

Are we doing enough to preserve and promote it?
The Highland Games still do a lot to promote a wider Celtic culture and writers’ festivals around the world are also important conduits. In the Canadian universities there is good work promoting Gaelic in St Francis Xavier University, and a number of universities offer workshops based around the Gaelic languages and Celtic traditions. The educational charity the Scottish Studies Foundation has recently helped the University of Toronto create a new course on the Scots in Cape Breton. And the University of Guelph offers a Certificate in Scottish Studies by distance education. So at many different levels Celtic culture is being practiced and promoted, although maybe not as much as we would like to see in the schools nor in the wider political world.

From your perspective, are young people still interested in Celtic culture?
The dancing and piping traditions are still strong amongst the young, certainly in Ontario. We still get most of our students coming to Celtic history classes because they have got some family link or they are strong identifiers with the whole culture. Most have some prior connection with Scotland or Ireland and love the richness of the Celtic humour and ‘style’. But keeping the young engaged over the long term is a big problem, and was the topic chosen for the 10th Scottish-North American Leadership Conference held in Michigan at the end of October. It is a problem recognised by most Celtic groups, but I don’t think we should be too pessimistic. New social media – Twitter, Facebook and Kiltr – are being used to bring younger people into a Celtic world. The future still has a long way to go.