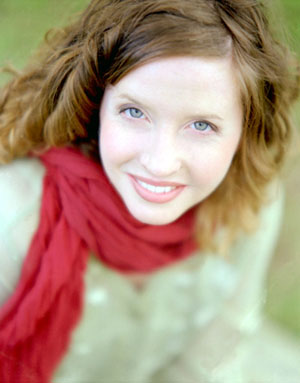 What is your own ethnicity/heritage?
I was born on Prince Edward Island – both sets of my family have deep Scottish roots.  My grandfather’s farm is still on the same piece of land that was part of a Lot that my Murray ancestor’s acquired once they arrived from Scotland.

What inspired you to take up singing?
I started singing at church, and in choirs (I sang with the Confederation Centre Girl’s choir for many years).  I only started singing traditional & Gaelic songs when I met Scott MacAulay, who was the director at the College of Piping in my hometown of Summerside.  He introduced me to some amazing Scottish Gaelic singers like Christine Primrose and Findlay MacNeill – and it was after I started learning the Gaelic songs, that I discovered my ancestors were Gaelic speakers when they first arrived on PEI.

Are they the same reasons you do it today?
I think singing for me is just like breathing – it is part of everyday life.  All of my children love to sing – and I love the connection the traditional & Gaelic songs have with my heritage.

How would you describe your sound & style today?
I have been writing some new music this year  – I find when I write my own music – it takes on it’s own style – with influence from the tradition, but since I write mostly on my piano, I enjoy adding my own personal stamp.

What makes a good song?
It’s all about the story – a person, relationships, events – something that we can all relate to on a personal level.

What have been some career highlights?
There have been many wonderful musicians, and mentors that I have performed with over the years, who have passed away recently – it makes me reflect on the musical experiences I had with them.  Kim Vincent, the wonderful fiddle player – and who would bring out the guitar to accompany me on songs.  We performed together at Roy Thompson Hall in Toronto many years ago for a Christmas performance – what a highlight!  Recording with Jazz pianist Doug Riley, on my first solo recording, and of course all the musical performances and recordings I did with Scott MacAulay.

What can audiences expect at your ReJigged show this weekend?

I am performing a new song that I wrote this summer –the lyrics came from a poem, my great, great grand uncle, Frank Gillespie, of PEI, wrote at the turn of the last century.  He was working on building bridges in Hawaii, and while recovering from a fever, wrote this poem about being so far away from home. I am really excited to debut it at this year’s concert!

Is enough being done to promote and preserve Celtic culture generally?
I think so – especially on the East Coast.  There are always opportunities to learn to dance, play a traditional instrument, or learn the Gaelic language – if you look hard enough (go to http://www.rejiggedfestival.com)!  I think also, with the internet, there are ample opportunities to access music/language courses online.

What can we being doing better?
I think it is important to engage the younger generation by offering them opportunities to perform what they learn at lessons/home.  We are offering a youth based session at this year’s Re-Jigged fworkshops – most sessions are held in pubs – so, it makes it difficult to get younger people involved.  We are creating a space to give them a chance to play their tunes!

What’s next on your creative agenda?
With all the new songs I have been writing, I would love to get into the studio and start working on an album!