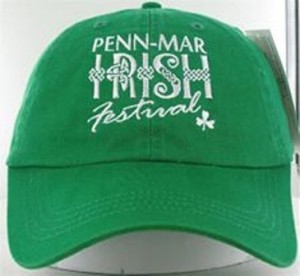 Held annually on the third Saturday in June in York County, Pennsylvania, the Penn-Mar Irish festival draws thousands of Celts together for a great cause. Event Director Mary Yeaple, gives us the details on this weekend’s festivities.

What is your own ethnic heritage/background?
I’m Irish and German, but identify more strongly with my Irish side. My Great Aunt Mary often hosted Irish families on holiday, so I grew up meeting family and friends from Ireland and dreamed of visiting someday. That dream became a reality when I visited Ireland for the first time at age 28. On my second trip to Ireland the next year, our tour organizer introduced me to another traveler … who is now my husband, so Ireland has an extra special meaning for me. I’ve been fortunate to visit Ireland a total of six times. I’ve visited cousins who live in the house where my great-grandmother was born and raised.

How, when and why did you get involved with the festival?
The Penn-Mar Irish Festival is a fundraiser for Penn-Mar Human Services, an agency that provides jobs and life skills training to adults with mental and physical challenges. The first festival was held in June 2000. Since my husband works for Penn-Mar Human Services, and his bagpipe band was going to be performing, of course I wanted to attend. I offered to help the following year, and donated graphic design and publicity services initially, and assumed increasing responsibility over the years. It’s a volunteer labor of love for me. I had an aunt who had Down Syndrome, and it is wonderful to see how those with challenges can blossom and grow and be active members of their community.

What is the festival‘s core mandate?
The festival is a fundraiser as well as a friend-raiser for Penn-Mar Human Services. The event allows the community to learn more about the mission of the agency, and see those served helping out in various capacities at the festival, such as greeting festival attendees, handing out programs and beads, staffing concessions, participating in music sessions, and more.

How has it grown over the years?
The festival started out as a fun afternoon of Irish music by local musicians on one stage, with a handful of vendors and a few hundred attendees. After the third year, the festival out-grew the original location and has since moved a few miles north. Currently, the festival has two stages with entertainment by local, regional, national and internationally-known bands. A few years ago, a large children’s activity tent was added with games and crafts to entertain youngsters. Satellite parking and shuttle bus service was started three years ago to accommodate the growing need for more parking. Last year, a new cultural tent was added to incorporate additional entertainment, including presentations by author John O’Brien, Jr. and multiple screenings of “Beautiful People,” about the long-running Irish trad session at Dempsey’s in New York City (the producer was also present for a Q&A). We’re also using Facebook and Twitter to share festival information and reach more new attendees.

Who attends the gathering?
The festival draws approximately 2,500 to 3,000 people from around Pennsylvania and Maryland, with some guests traveling from longer distances.

What can they expect to experience this year?
This year we are very excited to be presenting The Elders as our closing act. This band is based in Kansas City and does not make it to the east coast very often. The Screaming Orphans, who split their time between New York City and Donegal, Ireland, will be back for the third time and are a crowd favorite. I thoroughly enjoy all the stories and chatter as they introduce each song. We are also honored to have phenomenal Irish dancer Jonathon Srour (two-time winner of the Men’s Senior Belt, and four tours of Michael Flatley’s Lord of the Dance) performing with his family’s band, Irish Blessing. We’ve also added a few new vendors to the mix so we’ll be giving away even more door prizes throughout the day (all vendors donate an item for our door prize area, and winners are announced throughout the day).

Why is it an important event for the non-Celtic community there?
Our modest ticket price ($7 in advance or $10 at the gate) makes it very affordable for people to experience a wonderful day of Irish culture while supporting a good cause at the same time. The festival features a variety of Celtic and non-Celtic food, and we’ve found that many people stop by to enjoy lunch or dinner and support a good cause, even if they are not familiar with any of the performers.

What are the plans for the festival in the years ahead?
We continue to look for ways to improve and grow the festival. I routinely travel to other Celtic festivals for ideas, and next week will be traveling to Michigan for the North American Irish and Celtic Festival Organizers Conference to network and learn from other festival organizers. We are exploring the possibility of adding music workshops in the future.

What can we be doing better?
Counter the negative stereotypes of Irish and drinking with more positive talk of Irish culture. Continue to support up and coming Irish musicians and help with exposure. The Susquehanna Folk Music Society, based here in southcentral Pennsylvania, has done a great job presenting young Irish bands and introducing them to the area. Use social media to share cultural information and links.