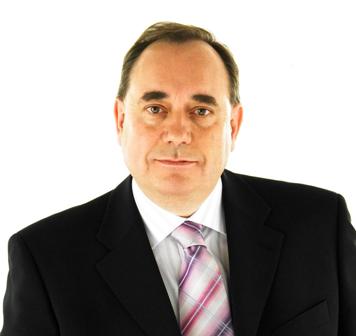 Today, we hold the future of this nation in our hands. Each and every one of us will have the opportunity of a lifetime – the chance to win our independence.

For me, it’s all about democracy. A Yes vote will finally mean that decisions affecting Scotland will be taken in Scotland by the people who live and work here.

That isn’t the case at present. We continue to get governments we didn’t vote for. The Tories have just one Westminster MP north of the border – that’s one out of 59. Yet they are happy to force their right-wing austerity agenda on our country.

Their priorities simply aren’t our priorities. Take two recent reports for example. One showed that more than 100,000 more people have fallen into poverty in Scotland in a single year. The other, from a panel of Westminster grandees, recommended spending billions of pounds on a new generation of Trident nuclear missiles.

So, as more and more of our families are forced to turn to food banks, the Westminster parties plan to upgrade weapons of mass destruction on the Clyde at a cost of £4 billion a year. That’s despite the fact that a majority of MSPs at Holyrood are opposed to Trident, and a majority of Scottish MPs voted against its renewal.

To me, that’s an obscenity. We can do a lot better than this. With a Yes vote, we can remove Trident, address this searing injustice and, instead, mobilize our fantastic assets and people to achieve fairness, equality and prosperity.

Independence will give Scotland the opportunity to make the most of all our great industries. From oil and gas through to shipbuilding and from life sciences to the renewable energy revolution, we are at the forefront of global innovation.

Scotland is one of the wealthiest countries in the world – richer per head than Japan, France, the UK and the majority of developed countries. But at present we simply can’t spend our money as we choose. So we don’t feel rich. With independence, that will change.

A Yes vote will mean investment in priorities like childcare and substantial savings of around £600 million a year by not spending on Westminster priorities like Trident and not paying for sending MPs and peers to the Commons and House of Lords.

Independence will also allow us to protect our vital public services, including the NHS, as the privatization of the health service in England threatens Scotland’s budget.

An independent Scotland will have a seat at the top table in Europe for the first time ever. That’s hugely important, as it means we’ll be able to fight for a better deal for our farmers and fishermen, the latter of whom were once described by Westminster as “expendable” in the UK’s negotiations with Brussels.

And if we don’t vote Yes? The alternative is risking seeing Scotland dragged out of Europe against our will in an in-out referendum as Westminster dances to a UKIP tune. That would have disastrous consequences for Scottish jobs and investment, cutting us off from a single market of more than half-a-billion people.

Referendum Day will be a defining moment for our nation. During those 15 hours that the polling stations are open, Scotland will be sovereign for the first time in more than three centuries. The decision we make that day will determine whether we hand that sovereignty back to Westminster or move forward in a new 21st century partnership of equals.

The choice people have on September 18 is a very simple one – should Scotland govern itself? Should the Scottish Parliament we voted for overwhelmingly 17 years ago have the full powers other national parliaments take for granted? Should we always get the governments we vote for?

And are the people of Scotland, who live and work here, best placed to decide our future? When the United Nations was formed it had only 50 member states. In the last 70 years or so that has grown to more than 190 independent countries.

Independence is the natural state of being for nations. So why should Scotland be different? Only a Yes vote gives us chance to create a brighter future.

September 18 can be our Independence Day – a moment in history and a historic opportunity. This is Scotland’s chance. We should – we must – grasp it with both hands.

The Rt. Honourable Alex Salmond is the First Minister of Scotland