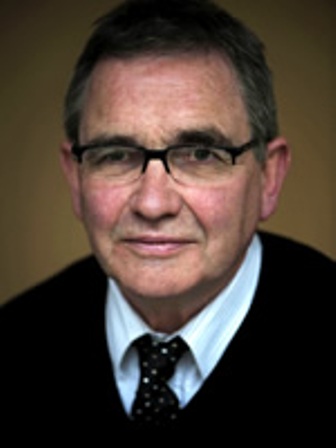 Two and a half long years after it began, the Scottish referendum campaign is drawing to a close.

It is impossible to avoid the feeling that a great deal of time, energy and money have been wasted on answering a question which most Scots did not even want to be asked. The vast majority of us are content with our multiple identities – Scottish, British and whatever else goes into each individual’s mix.

Nothing can be taken for granted until the ballots are counted and anything can happen on a wet Thursday in September. But the absolute certainty is that there is no overwhelming demand from the Scottish people for independence and the tragedy would be if a temporary spasm carried us into constitutional territory that would soon be deeply regretted.

The finality of this decision, in the event of a “yes” vote, is beginning to be appreciated more fully by the Scottish electorate. This is not a general election. We would not be able to reverse the outcome even if what followed bore no relationship to what has been promised. For Scotland, this really would be the ultimate step in the dark.

In these circumstances, it has been incumbent upon the Nationalists to make a convincing case, particularly in economic terms. They have signally failed to do this. We have had bluff, bluster and assertion by the barrow-load. We have had assurances on every front that things would continue much as at present because the UK (continuing), the EU, NATO and everyone else would keel over in the face of Scottish demands.

This fantasy world collided with reality during the first televised debate between the Nationalist leader, Alex Salmond, and the former UK Chancellor of the Exchequer, Alistair Darling. In response to repeated questioning about what currency Scotland would use, Salmond could only say that there would be a currency union “because it would be in the best interests of the rest of the UK to have one.”

It is complete nonsense, as the audience quickly realised. Whatever else Salmond can decide, it is not what would be in the interests of the state from which he would just have led a secession.  Yet the currency question is crucial to so much else – jobs, pensions, prices, family security. To have reached this far in the campaign without a Plan B,  when currency union is refused is reckless beyond words.

At heart, Nationalism is a fundamentalist belief. There are maybe 25 per cent of the Scottish population who want an independent country come what may. What happens after September 18th is of no great interest to them. Their economic arguments are rationalizations of the non-negotiable demand for independence. For this minority,  the implications can wait until after the referendum, if only they can get over that hurdle.

Fortunately for Scotland, that is a minority position. The great majority of Scots know that we already have a strong national identity which nobody can take away from us. We also have many benefits from being part of the United Kingdom which bind. We do not need to turn ourselves into a separate state and hopefully that option will be dismissed for the foreseeable future on September 18th.

Rt Hon Brian Wilson is a former Labour MP and Minister. He was the founding editor of the West Highland Free Press and is currently chairman of Harris Tweed Hebrides in the Isle of Lewis.