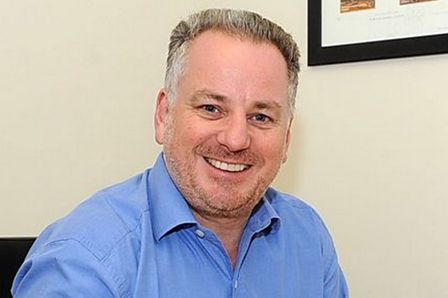 Home rule inside the UK: The best of both worlds

But the Games are over, and it is “game on” in the battle for Scotland’s future, the battle to decide between home rule inside the UK, and independence outside the UK.

On July 1,, 1999, we celebrated the opening of Scotland’s first democratic Parliament. And no-one can deny that the new Scottish parliament had strong powers back then, and more have been added since. It was and is autonomous, free to make its own decisions. And it has made a huge difference.

We had the power to ban smoking in public places, leading the rest of the UK, and we did. We had the powers to support Scottish industry abroad – promoting exports and creating jobs, and we have.

We had the powers to attract the Ryder Cup, the Commonwealth Games and other events to Scotland, and the powers to build the world-class facilities that will leave a legacy. And we did.

We had the powers to abolish feudal-land ownership and regenerate rural areas through community ownership schemes, and we did.

And we used those powers to change Scotland.

We have the powers to change tax rates; to introduce incentives or raise resources – and more powers are on the way. But we also have the UK to support Scotland.

So, for me, it makes sense to share our sovereignty with the other nations of the UK in areas of mutual interest.

For three years the referendum debate has been too negative and too polarised between old Unionism and old Nationalism. I am neither a Nationalist nor a Unionist; I am a patriot and a democrat. I want a better Scotland in a better world.

That is why I will say no thanks in September – because we are better off when we have the best of both worlds. A strong Scottish Parliament backed up by our United Kingdom of nations.

I hope all of those who fought for “home rule” or devolution in the ’80s and ’90s will come out fighting. And those who made the parliament work for Scotland will stand up and be counted.

It is time to fight to save home rule inside the UK as the best way to govern Scotland. I hope we make the right choice.

The Honorable Jack McConnell was a Member of the Scottish Parliament from 1999 to 2011, and the First Minister of Scotland from 2001 to 2007.