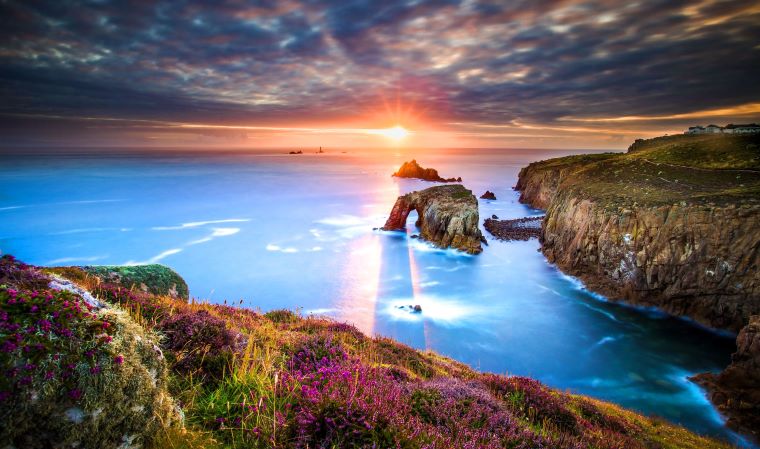 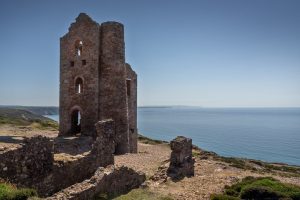 Rough Tor
Roam across Cornwall’s ‘twin peaks’; Rough Tor, the second highest peak on Bodmin Moor, sits not far from the highest point in the county, Brown Willy. A tor is a rocky outcrop that juts out from the top of a hill, and there are many to climb in the southwest of England. Scale Rough Tor and explore the neolitic monuments and Bronze Age stone circles scattered around the site. 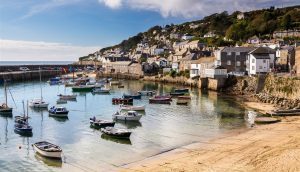 Bedruthan Steps
Between Padstow and Newquay lies the Bedruthan Steps, stone stacks which have been separated from the mainland by sea erosion over hundreds of years. Legend has it that a giant named Bedruthan used them as steppingstones to make a short cut across the bay, hence the name.

Polzeath
Another great spot to catch some waves, Polzeath is a charming coastal town with plenty of tracks and trails for you to bike or hike along. Take the 17-mile Camel Trail along the river, or for something a little less strenuous, follow the coastal path from Greenaway Beach to Daymer Bay, where the waves are smaller, making it ideal for swimmers and windsurfers.