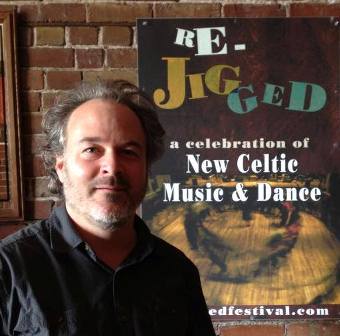 Known worldwide for its fiery trad sound, Vishtèn is fuses Celtic and Acadian genres with a modern rock influence, and was recently nominated for a Canadian Folk Music Award as “Ensemble of the Year.”

Along with Vishtèn, this year’s event features its largest roster yet of workshops and seminars – 24 in all – covering music, dance, language and storytelling, from beginner to master levels, along with a children’s Gaelic program. The always sold-out Gala Concert and popular late-night ceilidh dance at Christ Church Hall top-off the festival.

“What sets Re-Jigged apart from other festivals? Our focus on learning, collaborating and creating – along with great entertainment,” says festival founder Glenn Coolen.

Joining Vishtèn as featured performers and instructors for Re-Jigged 2013 are some of the leading innovators in new trad Celtic arts, including;


There’s plenty of new stuff on this year’s agenda as well;

“At Re-Jigged, trad meets new trad,” says Coolen. “Here we take tradition and build on it through learning, sharing and discovering. It’s this intense, creative vibe and new trad focus that defines Re-Jigged.