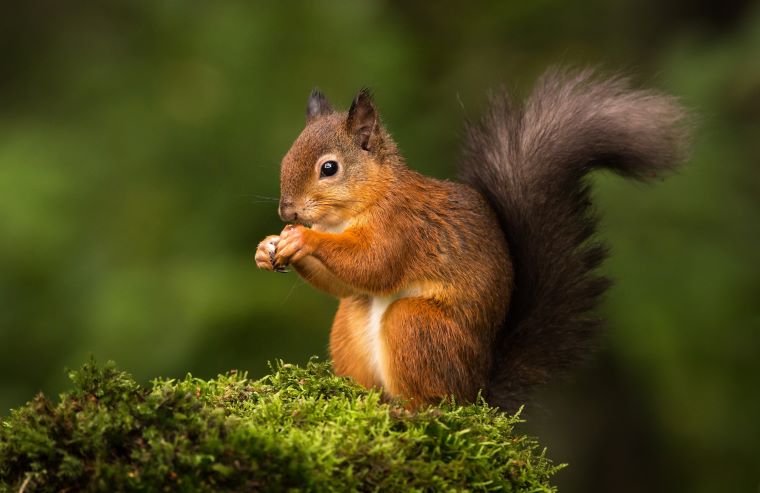 As coronavirus sweeps across the world we are reminded once again of the frailty of human existence. Throughout the course of history mankind has found itself in similar situations before and no doubt will encounter them again in the future. We should, however, take some solace in the knowledge that with more tools at our disposal to understand and fight the virus we are better prepared than ever before.

In all of the news reports and government briefings there is talk of infection curves, infection peaks, Ro numbers – the ability of a virus to reproduce and infect others, secondary spikes, predicted death rates and when it is anticipated that lockdowns can be lifted. These are all the results of mathematical modelling – an important tool in shaping strategies for dealing with such things as vaccination programs and the spread of diseases. Mathematical modelling of diseases can be traced back to the 17th and 18th centuries but came to the fore in the early 20th century when it began to be used to explain the behavior of epidemics. The advent of modern computers has enabled mathematical modelling to become ever more flexible, accurate and faster in its ability to predict disease behavior and provide a greater understanding of how a species will respond to different pressures and threats to its survival.

Like humankind, many of Scotland’s red squirrels are being infected by a deadly disease brought from distant shores – in this instance through the introduction of a non-indigenous competitor.

Their survival is also threatened by the impact of habitat destruction by man. Mathematical modelling is now being used to inform those responsible for the conservation of this protected species and enable strategies to be developed to ensure its survival. At the forefront of the field is Professor Andy White, Head of Mathematics at Heriot Watt University, Edinburgh. White undertook his doctoral thesis in the 1990s using mathematics to explore theoretical ecology and infectious disease biology. This led him to explore mathematical modelling focused on the U.K.’s squirrel populations, and since 2013 he has been working with some of the country’s most important ecology agencies. 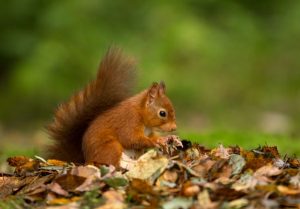 The Eurasian red squirrel – Sciurus vulgaris – is rather aptly named with Sciurus derived from the Greek skiá meaning shadow and ourá meaning tail – literally, the one that sits in the shadow of its tail. The red squirrel is recognized as one of the great icons of Scottish wildlife, and its presence is an important part of the tourism market. Once widespread across the British Isles, deforestation in earlier centuries adversely affected the species’ numbers. With the planting of extensive woodlands in the late 18th and early 19th centuries, it recovered to the extent of being considered a pest. It was, however, a short-lived recovery as the loss of woodland during the WWI war effort once again had a devastating effect upon numbers. When the war was over it would seem reasonable to assume that, as new forests were planted, numbers would again increase. That might have been the case had it not been for the introduction of the North American grey squirrel – Sciurus carolinensis. Brought to the U.K. mainly by wealthy Victorian landowners in the 19th century, some of the grey squirrels inevitably escaped or were released at different locations around the country. The consequences of this were not understood at the time.

Their numbers expanded rapidly and, with an aptitude for stripping the bark from trees, by the 1930s grey squirrels were regarded as a pest. That led to the legalized killing of greys and, in 1953, the introduction of a bounty hunting scheme. Perhaps surprisingly, efforts to control the greys in this way had little impact and they continued to expand their distribution, range and numbers. Today they have colonized most of England and Wales, with only localized areas of exception.

Reds have become confined predominantly to the Highlands of Scotland, parts of southwest Scotland and the west coast of Ireland.

For Professor White, it was important to understand why this was happening. Using data from a 1983 field study in Norfolk, it became apparent that wherever greys spread in numbers reds disappear. Available information suggested that there was no aggressive behavior between the species and that they often fed amicably in the same habitat. What was observed is that greys will steal the food of red squirrels and, where greys were located, female red squirrels displayed lower body mass and produced fewer young – often only one litter per year instead of two. White fed this information into his mathematical model noting, “Models can be used to extrapolate local findings into general findings and explain the big picture.” The model predicted that, without any other influences, greys would supplant reds in a given area within 18 years. However, reds were disappearing in some areas faster than the model predicted and it became apparent that something else was affecting the populations.

Unknown at the time, some of the greys that were introduced into the U.K. carried a deadly disease – the squirrelpox virus. Although greys carry and transmit the virus, they have a resistance to it and remain unaffected by it. For reds, the virus is a killer; they have no resistance and, once infected, the squirrel will break out in painful lesions and die an unpleasant death within two weeks. The first reported case of squirrelpox in the U.K. was in 1973, but by 1996 it was clear that it was spreading across the country with the expansion of the grey’s range. By 2002, the effect upon the red squirrels was clear. The spread of squirrelpox was then factored into the mathematical model and it confirmed that in areas where infected greys overlapped with reds the reds would be replaced within 6 years – significantly less time than the previously predicted 18 years. Further field studies in 2006 confirmed this to be the case. 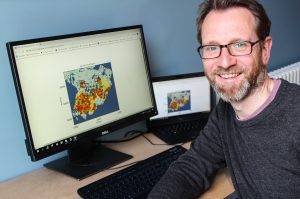 White’s model demonstrated that indiscriminately culling grey squirrels would have limited impact on the loss of reds. Instead, by gathering local field data in different parts of the country and feeding it into the model it showed where red strongholds existed and where they needed to be protected – rather like a lockdown procedure. This, in turn, would demonstrate that the most effective places for controlling greys were on the boundaries of such habitats allowing the conservation bodies, assisted by local environmental groups, to concentrate their efforts where they would be most effective. His work was also used to influence Forestry Commission proposals for felling areas of woodland at Kielder Forest in the northwest of England. By adopting a phased strategy and creating a woodland corridor between proposed felling areas it was possible to limit the impact of forestry operations on red squirrel populations. His modelling has also been used in southwest Scotland to demonstrate how woodland links can provide connections for greys to spread squirrelpox into the central belt of Scotland. Sadly, squirrelpox had already spread northwards by the time the conservation bodies were able to consider closing off the links. Perhaps most importantly, White’s modelling has demonstrated that by working alongside key conservation bodies such as Scottish Natural Heritage and Scottish Wildlife Trust it is possible to predict the likely spread of greys within given time frames and the likely effect upon native red populations. With the Scottish Highlands being home to 80 per cent of the U.K.’s red squirrel population it is good news that, to date, modelling has indicated greys are unlikely to advance into the Scottish Highlands owing to inadequate and unsuitable woodland connections with the central areas of the country.

On the back of his mathematical modelling work on the U.K.’s squirrels, White is involved in projects to investigate how pine marten predation on grey squirrels may act to protect red squirrel populations and how to minimize the incidence of bovine tuberculosis and African swine fever in wild boar populations in Spain.

The next time you switch on the news or read the papers and see references to  coronavirus statistics, forecasts, curves, plateaus and the impact on health services bear in mind that this kind of mathematical modelling is already being used by a Scottish professor to protect Scotland’s iconic and beloved red squirrel.