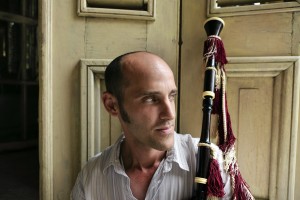 In the second installment of a four-part series, Celtic Life International examines the state of the Celtic Arts today.

”We came together in 2010 for CeltFest Cuba,” he recalls. “Each of us had been studying traditional Galician folklore, mostly music, but we wanted to better understand our full Celtic connections.”

CeltFest, which unites musicians from Ireland, Scotland, Canada, Spain, France and elsewhere for seven days of festivities each spring in the Cuban capital, has had a major impact on the group’s sound.

“Although our style is firmly rooted in the Caribbean, with a mix of Spanish and African rhythms, we integrate Celtic melodies on top of the beat,” explains Gispert, “Our concerts can be quite exciting, with the pipes, drums and dancers. Audiences here have never heard anything like it.”

His side project, Muiño, takes the equation one step further, adding guitars, flutes and accordions. Given the country’s difficult economic and social standing, the challenge to obtain and maintain instruments, equipment, rehearsal space and concert venues is constant.

“Still, this is my dream,” he shares. “Music and art are the best way to create a stronger Celtic community here in my own country, and to grow the relationships we have established with Celtic people from other parts of the world.”

“In Brazil there’s no Celtic culture rooted in our everyday life,” notes the 23- year-old singer-songwriter via email from Caçapava, near São Paulo.

“There are a few Celtic events that occur in some of the bigger cities – musical gatherings, fairs, shows – but not very many.”

Mariano, who cites Loreena McKennitt, Ritchie Blackmore, Orla Fallon, Carlos Seixas and The Dubliners among her influences, says that pursuing her passion in Brazil is a struggle.

“Musicians here aren’t united, valued or treated as professionals,” she confides. “Music is considered a hobby, a pastime. You really have to love what you do and be persistent to get anywhere.”

That determination has paid off for the songsmith. Last year her band Opus 23 released their debut recording – a sonic hybrid of Celtic, rock, baroque and Portuguese infused melodies – to critical acclaim.

This December, the group will appear at a massive musical celebration in São Paulo.

“It is a big Viking – Celtic festival,” she explains. “There will be bands of all styles participating, but they all have some sort of Celtic sound. It is amazing to hear the results when you bring different cultures together.”

Like Mariano, Uzbekistan-born fiddler Keyreel Fidléir Raskolenko is part of a new generation of global Celtic artistry that blends new and old.

“I was trained as a classical violinist, but fell in love with Celtic music about five years ago,” he writes from his home near Moscow. “It makes me feel excited like a child, positive-thinking, energetic. It’s mystical and powerful, and it has a very long history, so I feel the breath of the centuries on my neck.”

Raskolenko’s sound is distinctive; a mixture of Russian folk, classical and Celtic tones. Much of the latter is the result of his studies at the Fleadh Cheoilnah Eireann music school in Tullamore, Scotland, and on the Isle of Skye.

“The older generation of the former USSR isn’t familiar with this kind of music,” says the 30 year-old. “However, most of my friends like Celtic music, and it’s more wide-spread and popular here in Russia than it was even just five years ago.”

By example, he points to the quick growth in Moscow’s Celtic community.

“There are many dance schools and bands nowadays; Irish, Scottish and even Breton music and dances. We run jam sessions and ceilidhs, and you can always hear live Celtic music in pubs. I meet people learning Irish and Scottish Gaelic. The main thing I like about it is that Celtic communities, whether Russian or not, are usually friendly and open to everyone willing to join in.”